NORWALK, Calif. — Hybrid cars have long been a popular choice for drivers because they combine a gas engine and an electric motor, saving gas and reducing greenhouse gas emissions.

Now, a similar hybrid technology is being used for the first time at two existing Southern California Edison peaker plants in Norwalk and Rancho Cucamonga. Like a hybrid vehicle, an advanced lithium-ion battery provides energy to the grid immediately, allowing time for the gas turbine to ramp up and take over, if needed. The battery is later recharged.

The system is called the Hybrid Enhanced Gas Turbine system, or Hybrid EGT, and results from a partnership between SCE, General Electric and Wellhead Power Solutions.

“This is the world’s first for a plant of this type. We are marrying battery storage with peaking generation,” said SCE President Ron Nichols during a ribbon-cutting ceremony Monday at the Center Peaker Plant in Norwalk. “This plant provides stellar environmental benefits … and enables a greater integration of renewables. 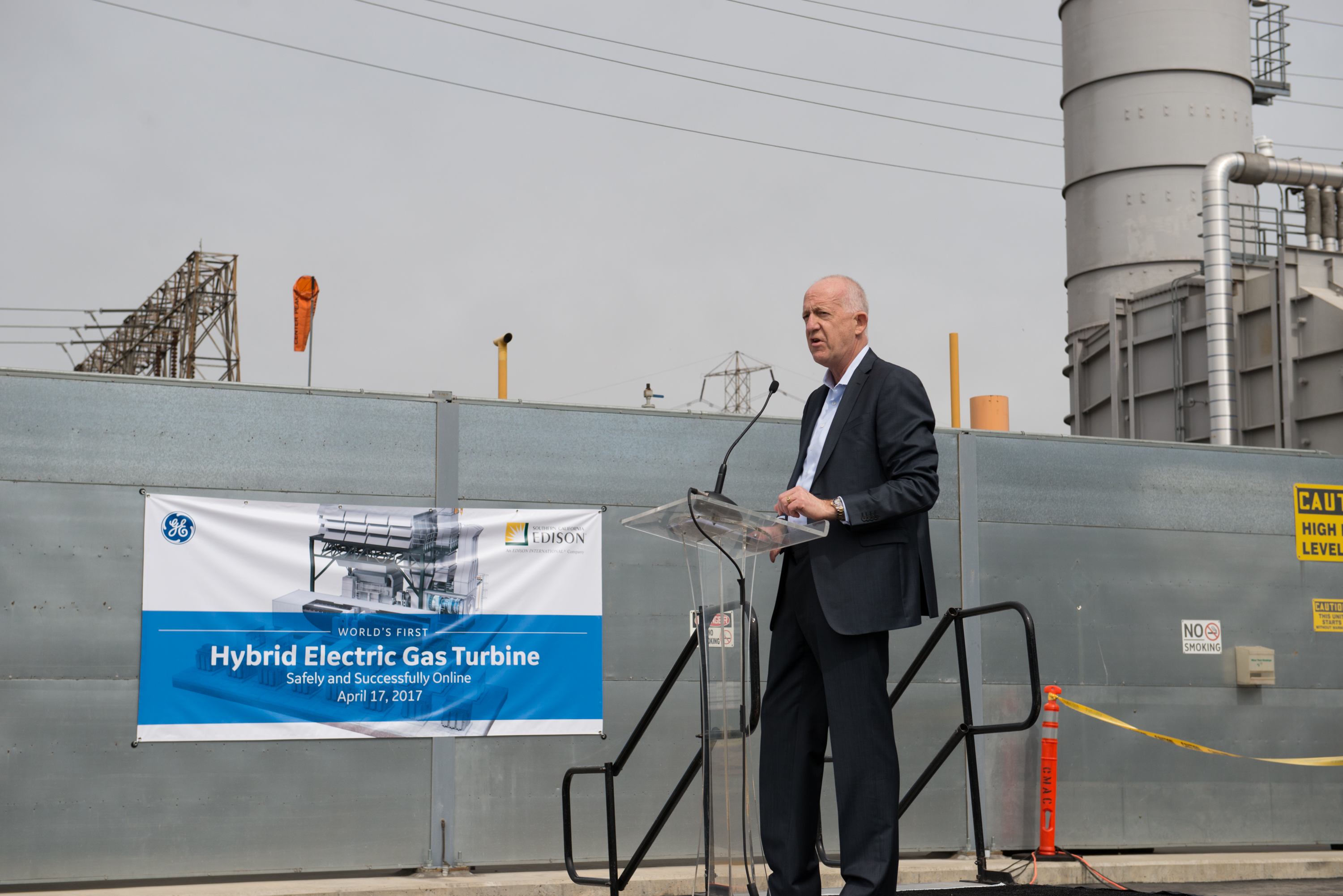 “Think of this as a big version of a plug-in hybrid,” he added. “If we don’t have to drive very far, we don’t have to use gas. If we need to go further, the gas engine is there to meet our needs. It provides ready power to meet expected and sometimes unexpected energy needs.”

The 10-megawatt battery storage system, combined with the gas turbine, allows the peaker plant to more quickly respond to changing energy needs, thus increasing the reliability of the electrical grid. The system is available 24/7, providing spinning reserves even while the gas turbine is offline. This feature improves the ability to integrate renewable power onto the grid because it can instantly step in when the wind or sun can no longer meet system needs.

“Today, we are witnessing a breakthrough. This innovation is enabling the incorporation of more renewable energy,” said Stéphane Cai, GE vice president for Commercial Solutions, Grid Solutions, Energy Connections. “The world’s first is becoming a reality.”

The hybrid system reduces by half the number of times the peaker plant needs to be restarted, thus reducing greenhouse gas emissions by as much as 60 percent and helping to improve air quality. Reducing the number of restarts helps reduce operating costs and extends the life of the equipment, saving money for SCE customers.

The two peaker plants also meet California’s strict environmental requirements by reducing overall water consumption. The Hybrid EGT has an optimized emissions control system that reduces the peaker’s water by approximately 45 percent. Each plant will save about 2 million gallons of water.

“The community is better off … and the customers are better off,” said Mary Nichols, California Air Resources Board chair, extolling the environmental benefits of the hybrid gas turbine system. “I can’t think of anything that’s not to like about this.”

Peaker plants are smaller power plants — often 50 MW or less — and are often used to balance high demand on the grid and are usually the last plants to be dispatched. These peakers are being called on more often to balance out the variability caused by the increased use of clean energy sources.

“We are watching the future unfold right before our eyes,” said Norwalk Mayor Luigi Vernola. “This is something fantastic to look forward to. This is the future for California, Norwalk and the world.” 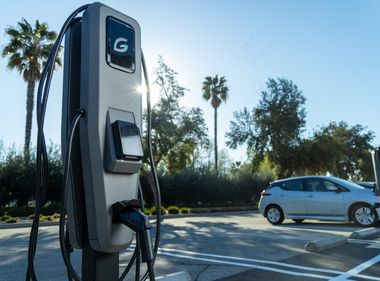 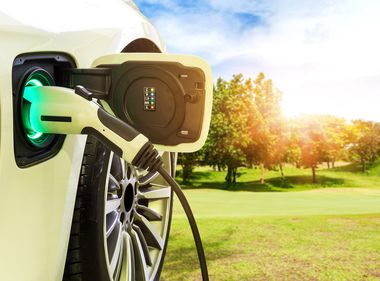 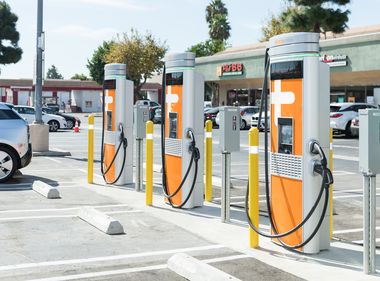 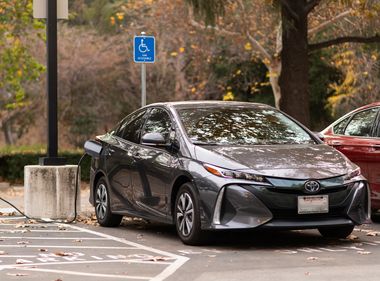