Amid more record outages comes a state warning on the popular gifts urging they be tied down and never released.
Download Photos Download All
Chinese Korean Vietnamese Spanish

Do words carry more weight than, well, a weight?

Southern California Edison, like other California utilities that experience hundreds of metallic-balloon-caused power outages and their potential hazards yearly, will find out, thanks to a new state law.

Signed by then-Gov. Jerry Brown last September and effective since Jan. 1, Assembly bill 2450 requires that metallic balloons made by in-state manufacturers have a printed warning about the risk of releasing them in a conspicuous location and in a readable font that says: “CAUTION: NOT INTENDED FOR RELEASE. USE WITH COUNTERWEIGHT; DISPOSE OF PROPERLY. NEVER USE METALLIC RIBBON WITH BALLOONS.”

With the spike in balloon-related power outages that usually starts with Valentine’s Day and peaks with June graduations, it’s not a moment too soon for a problem that shows no end. For the fourth straight year, SCE experienced an all-time high with 1,128 metallic balloon outages last year that affected 1.3 million customers, eclipsing the previous high of 1,094 outages in 2017.

Soaring numbers that come despite an existing state law that requires all stores and vendors to always sell properly weighted balloons in addition to SCE’s “Stay Aware. Stay Safe.” campaign.

“We appreciate the new law because safety and keeping the lights on are our top priorities, not to mention critically important to families and businesses,” said Andrew S. Martinez, vice president of Safety, Security and Business Resiliency at SCE. “When released outdoors, metallic balloons are a threat to safety and reliability. They simply should always be tied to a weight and never released outdoors.”

When released outside, the balloons can and do cause outages and safety disruptions including to traffic signals, elevators and more. Worse still, balloon explosions resulting from their contact with electrical equipment can bring down power lines — which SCE experienced 133 times last year — and potentially lead to serious injuries and property damage.

Martinez isn’t alone in welcoming the new law, sponsored by Assembly Member Bill Quirk, D-Hayward. Bojan Plavsic, an SCE troubleman who started as a lineman 14 years ago, likes it too.

“I definitely think the new law is a good thing,” said Plavsic, who removes balloons from electrical equipment at least 20 times more than anything else in his job. “Most of the time we only find what’s left of them. They’re such a small thing made for fun that should never be released.” 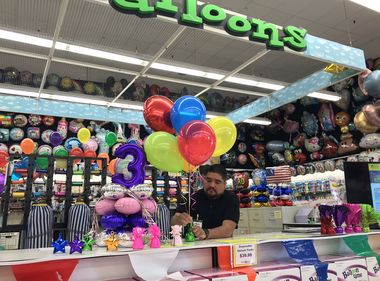 B-roll Infographic In his profession, Ivan Medina doesn’t have a weight problem. And that’s music to the ears of Southern California Edison. That’s because Medina, senior...
View Story 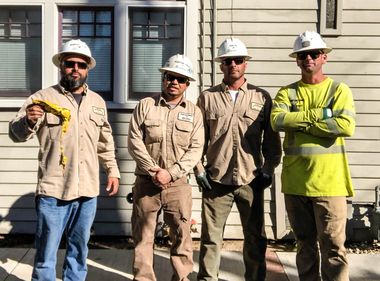 Spanish / Chinese / Korean / Vietnamese As bad as this metallic-balloon-caused explosion looks … Courtesy of Long Beach Local News … it could have been much worse. People...
View Story 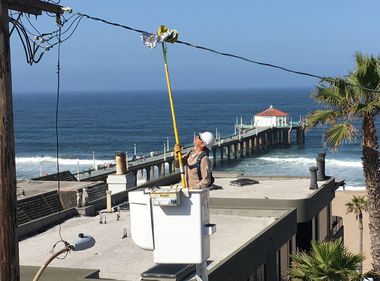