SCE troubleman Bojan Plavsic uses a hot stick to remove a metallic balloon from a power line recently in Manhattan Beach.
The face on this metallic balloon held by SCE’s Bojan Plavsic belies the outage and public safety risks presented by the colorful gifts when they are released into the air.
The silvery metallic coating on these balloons is the conductor — or something that easily transmits electricity — that leads to short-circuits, outages and sometimes downed power lines.
The only and safest way to own metallic balloons is to  buy and keep them tied to a weight — as required by California law — and to never release them from that weight or anything else outdoors.

To prevent the usual spike in May, utility first responders and safety experts urge secure balloons in celebrating moms, grads and proms.
By Paul Netter
Subscribe

Bojan Plavsic has removed kites, animals and even a drone from overhead power lines.

But the Southern California Edison troubleman says nothing comes close to the metallic balloons he removes from power lines, calling the ratio “20 or 30 to one.”

Unfortunately, it is supported by the soaring number of metallic-balloon-caused outages. SCE, while not on the record pace of the last two years, is not far off, having experienced 280 of the outages through April compared to 295 at the same point last year.

Not surprisingly, Plavsic finds the problem most prevalent around major holidays and celebrations like this month’s Mother’s Day, graduations and proms. He and safety experts offer a simple solution to an issue that led to back-to-back years of 924 balloon outages for SCE in 2015 and 942 last year.

“The safest metallic balloon is one that is kept indoors or tied down by a weight or something else sturdy outdoors,” said Andrew Martinez, SCE vice president of Safety, Security & Business Resiliency. “Stores and vendors should only sell properly weighted balloons, and buyers should never remove that weight or release balloons outdoors.”

Plavsic, a 12-year SCE employee who started as a lineman, echoes Martinez, saying, “Keep them tied down. They’re not made to let fly away, especially because of the metal and electricity. Nothing good can come out of it.”

He speaks from experience, once witnessing a balloon explode above a fellow troubleman’s head as he approached to remove it from power lines in Redondo Beach. The troubleman was not injured, but such balloon explosions can bring down power lines — something that happened 111 times last year in SCE territory — and potentially lead to serious injuries and property damage.

Because of the public safety threat, hundreds of easily avoidable power outages and typical spike in those outages in May and June, SCE strongly supports AB 1091 in the state Assembly. It would tighten the existing California law by completely banning outdoor releases of metallic balloons. The current law requires that balloons must be tied to a weight and partially bans outdoor releases.

It is also why SCE has launched a territory-wide campaign to educate its customers about the dangers of released metallic balloons by encouraging them to “Stay Aware. Stay Safe.”

The problem comes in all shapes and sizes for Plavsic, who once removed a graduation balloon as tall as himself from a power line. 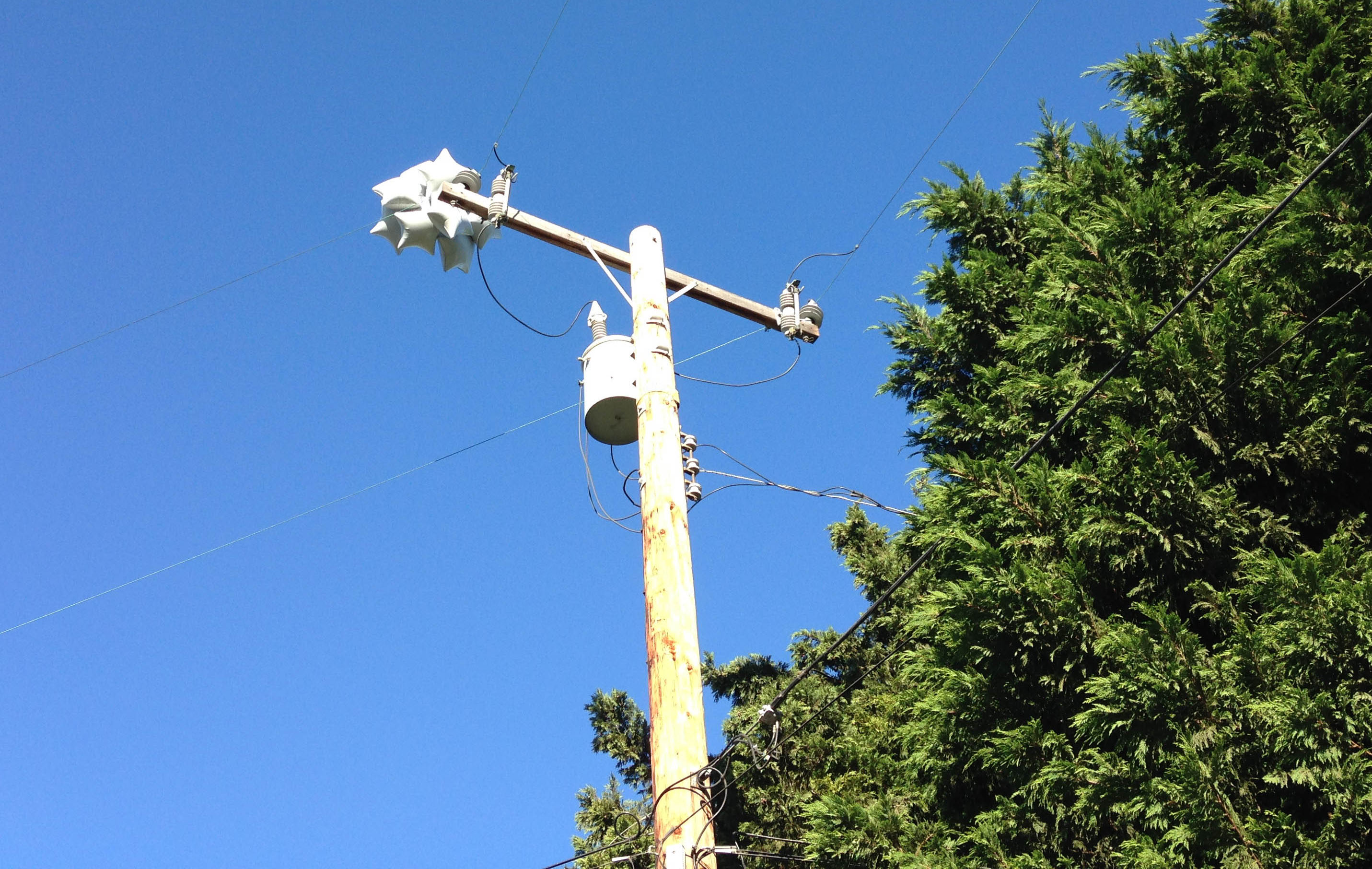 “It was right next to a high school,” said the 5-foot-11 Plavsic. “Six feet tall and a big golden balloon with a letter P, and I think, L. It was a challenge to take down with a 40-foot stick.”

The balloons also are a challenge to keeping the lights on, costing SCE customers 2,502 total hours of lost power last year, and just last week leaving more than 12,000 customers in the dark in San Bernardino. Full restoration took 13 hours. Meanwhile, one of Plavsic’s recent jobs involved a metallic balloon that affected 3,835 customers in Manhattan Beach. The balloon took out an entire circuit and blew a main line wire while tangled above a transformer. Power was not fully restored for four hours.

Though, fortunately, there were no downed lines.

“Most of the time we don’t find [the balloons], just what’s left of them,” said Plavsic. “Such a small thing made for fun that can cause a lot of damage. It can go from zero to a hundred with them. It can just be a blown main line wire or multiple wires down.”