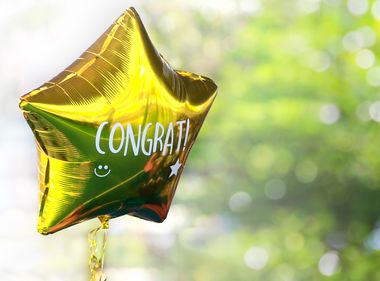 From in person to virtual, celebrations from Mother’s Day to proms to birthdays have continued during the COVID-19 pandemic. Unfortunately, despite the virtual celebrations ...
View Story 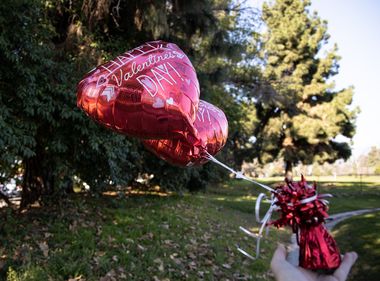 Big or Small, Metallic Balloons are Not Something Special in the Air

The lettered metallic balloons were stacked perhaps 10-feet tall, the troubleman removing them from power lines was 5 foot 8. And the continuing problem? Well, it’s much bigger than either of them.
View Story 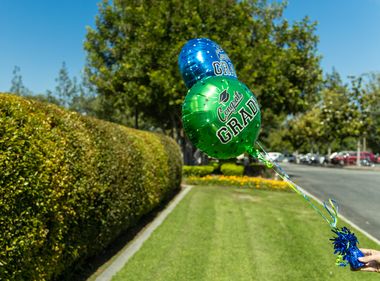 How likely is it — 3 1/2 months apart — for the very same customers at nearly the very same time of day to experience power outages caused by adrift metallic balloons?As it ...
View Story
Subscribe

From in person to virtual, celebrations from Mother’s Day to proms to birthdays have continued during the COVID-19 pandemic. Unfortunately, despite the virtual celebrations ...
View Story

Big or Small, Metallic Balloons are Not Something Special in the Air

The lettered metallic balloons were stacked perhaps 10-feet tall, the troubleman removing them from power lines was 5 foot 8. And the continuing problem? Well, it’s much bigger than either of them.
View Story

SCE supports the ordinances by Glendale and Hermosa Beach that aim to curtail an unnecessary public safety threat and cause of power outages.

Malibu proposed and tabled it, but Glendale and Hermosa Beach have actually done it.

The two latter Southern California cities have banned the sale of metallic balloons — with Hermosa Beach going further by banning even the possession of the shiny but problematic-when-released gifts.

The reason for Glendale’s ordinance?

“Because of the hazards imposed on our electrical system, because of the possibility of fires, the explosions, our linemen who have to repair [it], and it’s a very dangerous job,” Glendale City Councilwoman Paula Devine, who voted for the ban, told the Los Angeles Times recently.

The explosions that often occur when metallic balloons land on electrical equipment are perhaps the greatest hazard because they create several problems that include bringing down power lines. Consequently, those downed power lines become a major threat to public safety and property.

However, the most prolific and continuing problem posed by adrift metallic balloons are the disruptive power outages caused by them. For example, Southern California Edison has experienced more than 1,000 of these outages every year since 2017 — peaking with a record 1,128 in 2018 that the company is on pace to surpass this year with 968 through September.

“Metallic balloons are a longtime and increasing public safety threat that cause hundreds of avoidable power outages every year,” said Robert Torres, SCE’s principal manager of Public Safety “These bans will help protect residents and businesses from unnecessary hazards and outages. We commend both cities’ leadership for acting on this public safety issue.”

It’s a public safety issue that has only grown worse during the COVID-19 pandemic. After a comparative lull of 80 and 50 outages in March and April, SCE experienced an all-time, one-month high of 222 in June despite virtual graduations.

If that isn’t discouraging enough, the company then experienced a record number of the outages in July (129) and August (124), a more than 50% increase in the typical outages in those months.

Yet it is a problem — in addition to the balloons’ threat to animals and contribution to pollution — that bans could address in a way that previous laws have not.

Glendale and Hermosa Beach have gone a big step further with their bans, though the sale of metallic balloons filled with air — not helium — and attached to a pole or other structure will still be allowed in Glendale. A violation is punishable by either a fine of up to $1,000, up to 180 days of jail time or both. Glendale’s ordinance, though, does not prevent possession of the balloons.

In Hermosa Beach, however, the sale as well as the use or distribution of metallic balloons on public property, like parks and beaches, was banned, effective June 30. Additionally, unlike Glendale, which still permits the sale of latex balloons, Hermosa Beach not only prohibits them from use or distribution at city functions or city-sponsored events but also prohibits their release anywhere within city limits.

A violation in Hermosa Beach is punishable by a $100 citation for the first offense, $200 for the second, $500 for the third and potentially a misdemeanor for the fourth that could lead to jail time.

Devine believes it was past time to take a stand.

“I think we can be the leader on this issue,” the councilwoman told the Glendale News-Press. “It happens in every city in California, and to not have legislation to ban this product is alarming to me.”

That leadership is welcomed by SCE.

“Despite state laws, public service announcements and awareness campaigns, metallic balloons continue to be released,” said Torres. “The safety of the public and our workers are our top priority, so we thank these cities for passing ordinances to protect them while also enhancing the safety and reliability of the grid."