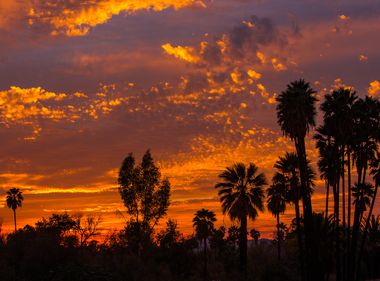 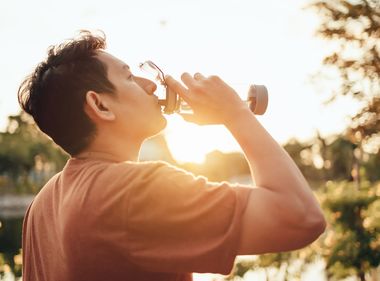 Michael Lorusso knows from 28 years of experience with Southern California Edison how difficult maintenance outages can be for customers, especially during the summer...
View Story
Subscribe
Photo Credit: Joseph Foulk and Ernesto Sanchez
Transformers are particularly vulnerable to several consecutive days of high heat, especially when there is minimal cooling at night.

With extreme temperatures forecast throughout much of SCE’s service area for the next several days, Southern California Edison crews have been working ahead of time to be ready to respond to electricity outages caused by potentially record temperatures.

“Any time we have an issue where we have customers without power, or there’s a public safety hazard, we respond as quickly as we can safely do so,” said Roger Heldoorn, SCE principal manager of Distribution for the Metro East region, which includes Ontario, Montebello and eastern foothill communities.

Extreme heat can impact the supply of electricity in several ways.

Heavy use of air conditioning is often the biggest factor, making supplies of available power scarce. The California Independent System Operator can issue a Flex Alert, calling for voluntary conservation of electricity in the late afternoon and early evening, which is when solar generation is going offline at the same time as consumers are returning home, then turning on air conditioning and appliances. CAISO issued a Flex Alert Wednesday and expects others during the Labor Day weekend.

Several consecutive days of high heat, along with warmer-than-usual nighttime temperatures, can lead to transformer failures because electric distribution equipment does not have the opportunity to cool sufficiently between periods of heavy use.

“The combination of extreme heat, peak loading and higher nighttime temperatures is hard on transformers. We definitely see an increase in transformer-related outages during prolonged heat events,” Heldoorn said. Of particular concern are areas where overnight temperatures don’t drop below 80 degrees.

Unlike maintenance-related outages, which can sometimes be suspended during heat waves, repairs to damaged equipment resulting in power outages can’t wait for cooler temperatures. For SCE crews who climb poles to make repairs or conduct on-foot inspections of equipment in high fire risk areas, the work doesn’t stop because of the heat.

“They always say you get adapted to it. Unfortunately, I don’t believe that’s really true,” said Sean Corvese, an SCE troubleman who has been working in the Palm Springs district for 15 years. “The heat does drag you down.”

To guard against that, veterans such as Corvese have developed strategies to keep hydrated during heat waves.

“You have to know your body well because heat exhaustion or heat stroke can really come up on you before you know it,” Corvese said. “You need to be hydrated in the morning because once you get dehydrated, it’s pretty hard to get your hydration back up.”

That means drinking a lot of water and eating food that helps maintain hydration and replenish electrolytes.

“Watermelon is a good source of water, pickles and pickle juice help replace the salt you lose out here, and I find myself eating more sunflower seeds because when your body loses a lot of salt, then you start getting cramps. And you don’t want to be up on a pole then have your body start cramping up on you,” he said.

CAISO says temperatures will likely be from 10 to 18 degrees warmer than average through Tuesday, with the heaviest demand for electricity peaking on Labor Day.