SCE is honored for its leadership with two awards at Energy Storage North America’s annual conference.
By Julia Roether
Subscribe

Ron Nichols knows the value of advancing clean energy. When he was growing up, his father, a commercial airline pilot, told him about flying into a smog-filled Los Angeles. He always knew when he was below 10,000 feet, without looking at the altimeter, because his eyes would water and his throat would burn.

While it has improved since then, Nichols, president of Southern California Edison, is now in a position to help further clean California’s air. It’s one of the reasons he strongly believes in replacing fossil fuels with alternative sources of energy and is closely tied to SCE’s vision for a cleaner energy future and cleaner air.

“For everyone’s health, we simply have to start using an increasingly clean power supply, one without carbon emissions, and even more importantly, without criteria pollutant emissions,” said Nichols, who received Energy Storage North America’s Champion Award at its annual conference on Tuesday in San Diego. 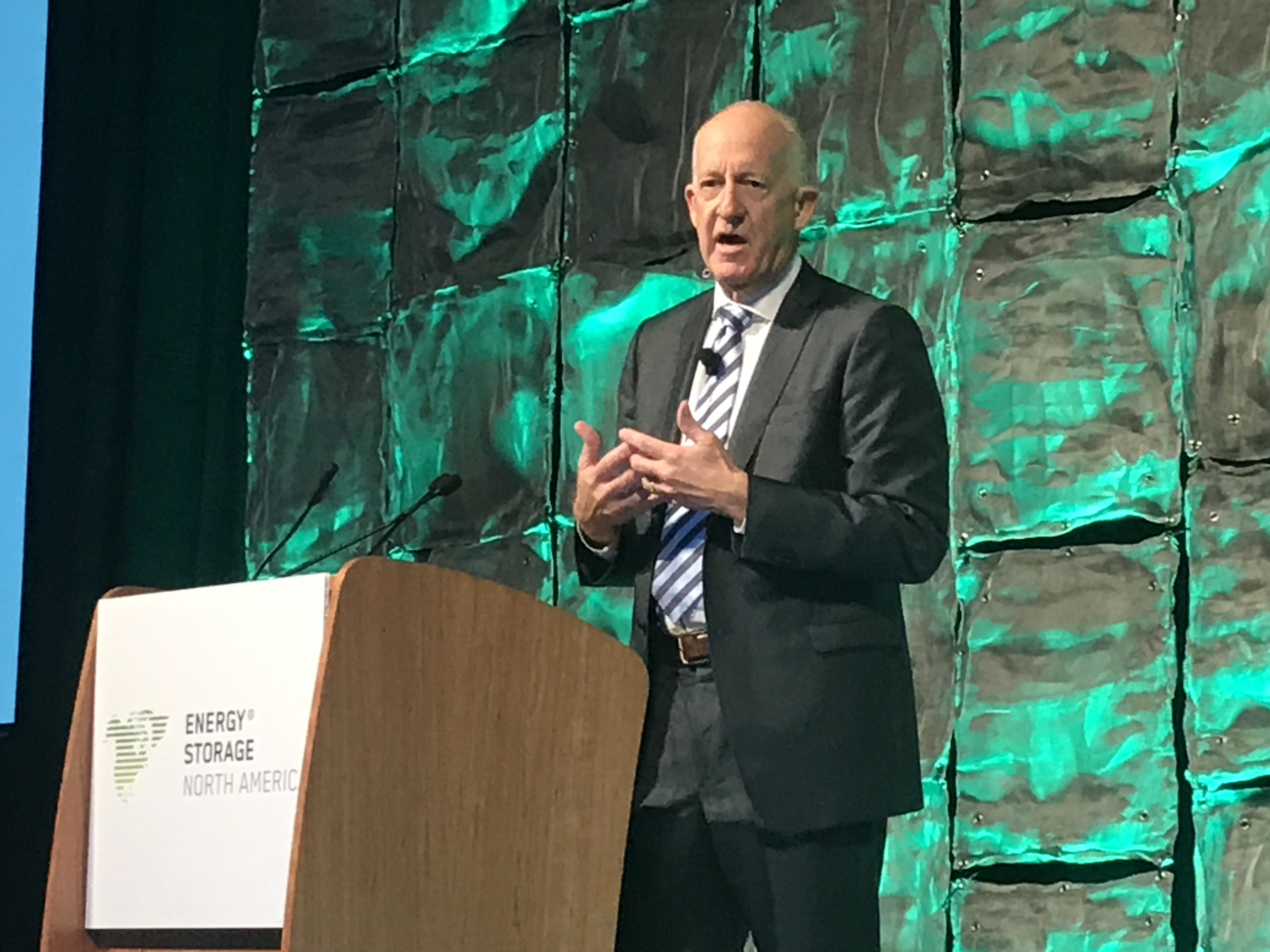 The ESNA Champion Award recognizes individuals from the utility and policy sectors who have demonstrated significant leadership in advancing the role of energy storage to achieve a cleaner, more reliable and more resilient energy grid.

As Nichols accepted the award, he reflected on the rapid changes in the energy industry as it moves toward a cleaner energy future.

SCE’s Hybrid Enhanced Gas Turbine, located at the Center Peaker Plant in Norwalk, was also honored with the ESNA Innovation Award for cutting greenhouse gas and particulate emissions up to 60 percent and saving about 2 million gallons of demineralized water annually.

The hybrid system, a 10-megawatt battery storage system combined with an enhanced gas turbine, allows the peaker plant to more quickly respond to changing energy needs and increase the reliability of the electrical grid. The system provides spinning reserves, 24/7, even when the gas turbine is offline. This improves the ability to integrate renewable power onto the grid because it can instantly be called upon when the sun isn’t shining or the wind isn’t blowing.

ESNA is the largest conference for the North American energy storage industry and connects developers, energy users, utilities and policymakers to advance understanding and deployment of energy storage, and ultimately build a cleaner, more affordable and more resilient grid.