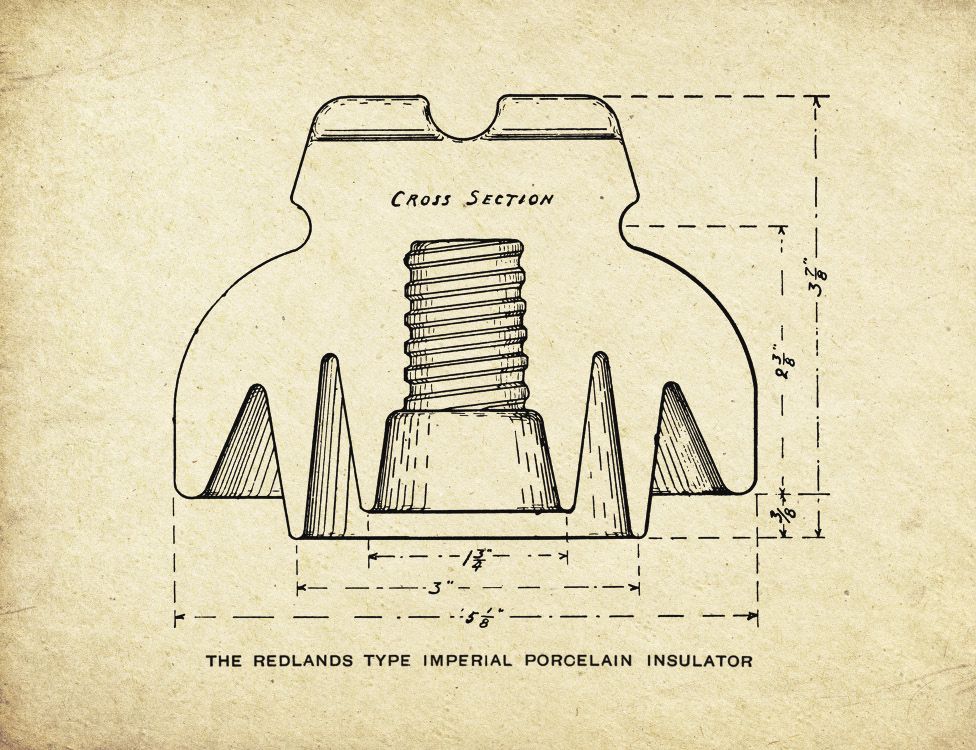 Orville Ensign, an engineer at Edison Electric Company, which became Southern California Edison in 1909, invented the porcelain insulator. It replaced glass designs that were originally built for telegraph lines, but unable to support heavier electric wires. The porcelain “Redlands Insulator” solved this problem and was first used on the 33-kV Santa Ana River transmission line which was energized in 1899. It spanned 83 miles — the longest in the world at the time. Ensign’s design is still used today. 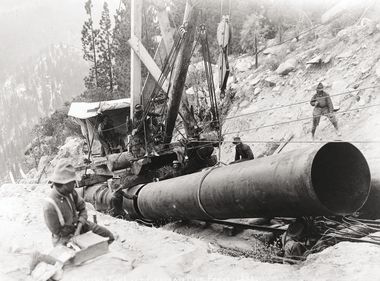 Workers install the final segment of the penstock that delivers water from Huntington Lake reservoir to Big Creek Powerhouse No. 1. When the powerhouse came online in October 1913, the penstock from the reservoir to the waterwheel was the longest and...
View Story 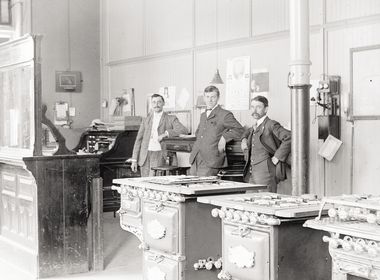 Southern California Edison was in the Natural Gas Business

In the early 1900s, Southern California Edison was in the natural gas utility business. However, electricity was cheaper, cleaner and more efficient than gas at the time. The company began selling its gas properties in 1907. Most of the plants were sold to Southern Counties Gas Company...
View Story 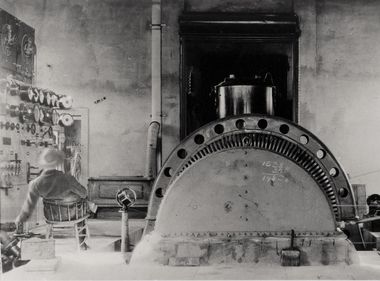 In 1910, the Pacific Power Company, a Southern California Edison predecessor, was organized to provide electric service to several mining camps. The Jordan Plant was constructed and began powering the towns of Aurora, Rawhide and Bodie in 1911. Two...
View Story
View Comments
Leave a Comment