If anybody should know how to build a solar-powered house, it’s Moritz Limpinsel. The 32-year-old native of Germany has devoted his studies to solar cells, just completing a Ph.D. in chemistry and materials physics at the University of California, Irvine.

But like most of the 100 students on this year’s Team Orange County solar decathlon team, he had never built a solar-powered house.

“And there’s a lot more that goes into a solar-powered house than solar panels,” said Limpinsel, who serves as the team’s project engineer.

However, this year’s Team OC — a joint effort of students from Chapman University, Irvine Valley College, Saddleback College and UC Irvine — is not alone in trying to figure things out. Southern California Edison (SCE) and its parent company Edison International not only donated a combined $150,000 to the team, but are also providing technical expertise. Separately, Edison International also donated $250,000 to support the Solar Decathlon, which runs Oct. 8-18 at the Orange County Great Park.

Will Vicent, a project manager for SCE’s Emerging Products group who serves as liaison with the team, sees himself as more of a coach than a mentor, helping the students bring their own ideas to life.

For instance, early in the planning, the team had wanted to use an energy-efficient evaporative cooler for the house, but abandoned the idea after being unable to find one commercially available for residential use.

However, Vicent learned about a new cooler that SCE’s Emerging Products assessed. Vicent introduced the students to the inventor of the cooler and this cooler is now part of the Team OC house, Casa Del Sol.

Vicent and his team also helped the students find a vendor for the unique direct current lighting system they are installing.

“Moritz is an absolutely brilliant guy, but he might not know where to go for a DC light fixture or a residential evaporative cooler,” Vicent said.

Just before the competition, Vicent and the Emerging Products team will provide additional guidance and technical support to ensure that the solar-powered home is efficient.

Limpinsel thinks the team would have figured out most of the problems on its own, but said Vicent has “reduced the level of anxiety.”

For his part, Vicent said he was inspired by the students and their ideas, unconstrained by the knowledge that comes from experience.

“I may know an idea won’t work in reality, but that doesn’t mean it won’t work in the future,” he said.  “What is interesting to me is their ability to look at existing technology from a different perspective.” 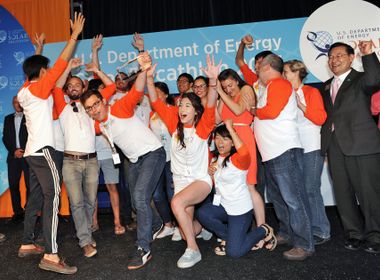 The apartment community serves 100 limited-income families and recent efforts to implement energy upgrades, including a solar rooftop system, have helped to build community, benefit residents and strengthen the neighborhood. A rebate from...
View Story 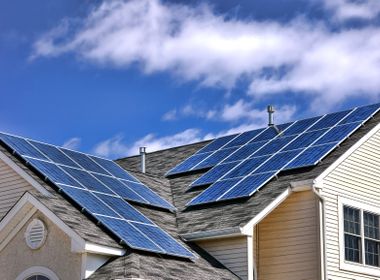 In recognition of the maturing of the rooftop solar industry in the state, California passed legislation (AB327) at the end of 2013 to make changes in the way utility customers who install solar panels are compensated. To carry out the law, the...
View Story
View Comments
Leave a Comment