During the energy crisis in 2001, the California Public Utilities Commission adopted a tiered residential rate structure that had unintended consequences — high-usage customers were paying large subsidies, and low-usage customers have benefited for 15 years.

Recognizing the growing unfairness, the commission adopted a new rate structure that is more cost-based, and provides customers who use their air-conditioning in high-temperature areas some long-overdue relief from highly variable summer bills. The commission was empowered to make the changes after the Legislature approved AB 327 in 2013, which enabled commissioners to change the rate structure that had been frozen during the energy crisis.

Some of the changes in rate structures have already taken place, but more are on the way, including the reduction in rate tiers this summer.

Russ Garwacki, Southern California Edison director of Pricing Design and Research, explains what changes are expected for residential customers this summer and beyond.

Q: What is the timeline for implementing the new rate structure?

A. The new rate structures are being phased in over five years — that actually started in 2014. After reducing the differences between the tiered rate levels in 2014 and 2015, the number of tiers will be reduced from four to three in June. In 2017, there will be two tiers, along with a high-usage surcharge for a small subset of customers. The high-usage surcharge will send a signal to conserve, specifically for those customers that use more than twice the monthly average amount of electricity in any given month.

Q: Why did it take so long to change the rate structure?

A: The rate structure created during the energy crisis was frozen in 2001 by the Legislature. Over time, with the frozen lower-tier rates, the rate structure departed increasingly from any cost basis and imposed ever greater inequities on large-family households that were pushed into higher tiers, especially during the summer. The decisions in this proceeding help align rates with the cost of service — with the commission deciding to make incremental corrections to the existing system over five years.

Q. What is the impact to residential customers of changing the rate structure and going from four rate tiers to three?

A. Some have expressed concern about the change in tiers and rate reform in general. Due to the gradual phase-in schedule, we expect SCE customers to be only slightly impacted by the change from four to three rate tiers this June.

Residential customers who do not participate in the CARE program (California Alternate Rates for Energy), may see monthly increases of $2 for low-use customers and $4 for medium-use customers. High-usage customers will see a slight decrease in their bills, getting some relief from past rates that included subsidies for other customers.

Low- and mid-use residential customers in the CARE program (nearly one third of SCE customers who qualify for low-income assistance), will not see any percentage increase in their bills with the highest-usage customers seeing a slight increase.

It is important to understand that the single biggest rate impact of rate reform happened in 2014, when low-usage customers began paying rates more aligned with the cost to provide them with electric service.  The bill changes this year are quite modest by comparison.

Q: Under the new rate structure, will low-usage customers be subsidizing wealthy customers?

Secondly, there is a misperception that high-usage customers are wealthy customers. The commission reviewed the evidence and found that this relationship was weak. A significant number of high-usage customers are low-to-moderate income families or seniors on a fixed-income, many of whom live in warm climates where the need for air conditioning puts them into the higher-cost, top-tier rate levels.

Q: What about low-income customers? What happens to them in June?

A. Protections for our lowest-income customers remain in what is known as the CARE program. Nearly one-third of SCE’s 4.3 million residential customers are on the low-income rate where the rates they pay are about one-third lower than those for other customers. California’s low-income rate program provides some of the largest discounts in the country.

Q: Some are saying SCE’s profits will increase as a result of rate tier changes. Is that true?

Q: Some are saying the new rate structure takes away incentives for conservation. Is that true?

In 2015, the commission approved the implementation of a High Usage Surcharge to further encourage energy conservation, which is scheduled to take effect in early 2017. That surcharge will impact customers who use twice the average amount of electricity per month.

A. A minimum bill isn’t a rate increase for most customers. What the commission has ordered is that the delivery portion of a non-CARE customer’s monthly bill will be at least $10, while the delivery portion of the CARE customer’s monthly bill will be at least $5. If customers’ delivery bills are higher than those amounts, their bills don’t change. This charge only impacts very low-usage customers with the reason being that all customers use the power network so all customers should pay a share of its costs.

Q: What are time-of-use (TOU) rates, and when will they be implemented?

Q. How will customers be notified of the coming changes?

A. SCE is reaching out to customers in different ways, both directly through the mail, as well as electronically, and online. SCE is also providing information through our website’s rate change page that includes a Bill Estimator tool customers can use to see how the change will affect them. See www.on.sce.com/ratechange.

Q. The changes you mention are for residential rates. Will these changes impact business, commercial or agricultural customers?

Q. How are the changes you discussed impacting solar customers that participate in your Net Energy Metering program?

A. Recent commission decisions in the NEM program will make some minor changes to the way the program is structured for new customers beginning some time in 2017. While new NEM customers will continue to receive full retail rate credits for all of the energy they consume on site, the compensation for energy exported to the grid will be slightly smaller. Also, new NEM customers will be required to take service on a time-of-use rate. The NEM program is scheduled to be revisited in 2019. For further information, see the CPUC NEM Successor Tariff page. 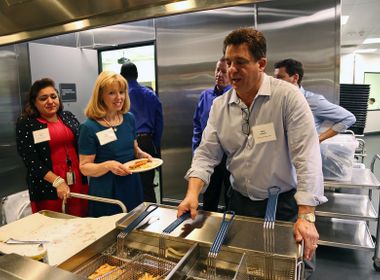 Farm-to-table. Environmental sustainability. House-made artisan ice cream. These are just a few of the dining trends that the National Restaurant Association says will be hot on...
View Story 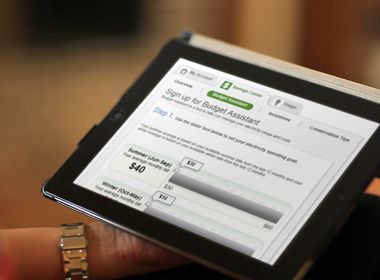 Understanding just how much or how much and when you use electricity is the first step for residential customers in taking control of their energy bills and finding the rate plan...
View Story

So you’re thinking about trading in the old gas guzzler for a brand new electric vehicle, but you have one nagging question: Just how much can you save by going electric? Southern California Edison’s new Electric Vehicle Rate Assistant makes it...
View Story
View Comments
Leave a Comment
Comments