Depending on usage, there are time-of-use and tiered rate plans to choose from.
By Lauren Bartlett
Subscribe

Understanding just how much or how much and when you use electricity is the first step for residential customers in taking control of their energy bills and finding the rate plan that work best for them.

As part of implementing residential rate reform, which was adopted last July by the California Public Utilities Commission, Southern California Edison residential customers will be defaulted onto time-of-use rate plans in 2019, which involve how much and when you use electricity.

“For example, if you aren’t home during the day and don’t use a lot of electricity during weekday afternoons and early evenings — the time of day when electricity costs are highest — a time-of-use plan would be best for you,” said Russ Garwacki, SCE’s director of Pricing Design and Research.

“But if you work from home, are a stay-at-home parent or a retiree who spends a lot of time at home, and avoiding using electricity during the daytime isn’t possible for you, a traditional tiered rate plan based on how much electricity you use each month would be best for you.”

Customers who believe a time-of-use plan is a better fit for them can sign up now for plans that currently are available.

Tiered plans are based on how much energy a customer uses monthly. You start in the first tier, which is the lowest rate, and there are tools that help customers conserve or cut back to avoid getting to the next tier where the rates are higher.

Time-of-use plans are based both on when and how much electricity you use. If you have flexibility and can put off using electricity during weekday afternoons and early evenings — the time of day when electricity costs are highest — a time-of-use rate plan will help you save energy and manage your electric bill.

Under rate reform, protections for low-income customers remain in what is known as the CARE (California Alternate Rates for Energy) program. Nearly one-third of SCE’s customers are in the program where rates are discounted by about one-third.

The number of tiers will be reduced this year from four to three and then down to two in 2017. A surcharge for extremely high-use customers will be added in 2017. These changes lead up to the implementation of default time-of-use in 2019.

So you’re thinking about trading in the old gas guzzler for a brand new electric vehicle, but you have one nagging question: Just how much can you save by going electric? Southern California Edison’s new Electric Vehicle Rate Assistant makes it...
View Story 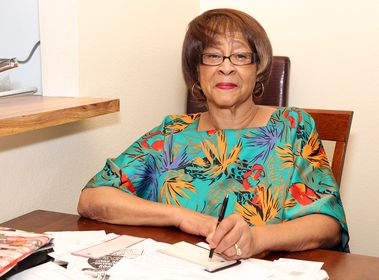 When Jesstine Washington got injured more than 10 years ago and lost her job as a special aide trainee at an elementary school, bills got tough to pay. At one point, Washington was out of money and unable to cover the month’s electric bill. That was...
View Story
View Comments
Leave a Comment
Comments