A pilot project tested at SCE’s Mountainview Generating Station is cheaper to build, less expensive to run and recovers 90 percent of the wastewater treated.
By Mary Ann Milbourn
Subscribe

Bruce MacKenzie was curious. Was it really possible to eliminate most of the multi-step process of wastewater treatment and come out with more, cleaner water at less cost?

That was the promise of a new technology developed by Bay Area-based Sylvan Source Inc. MacKenzie, a technical specialist who oversees water treatment at Southern California Edison, was tasked with finding out if Sylvan Source’s technology could deliver on that claim.

If the technology worked, it could be a major breakthrough not just for utilities, but any industry that treats its wastewater. This would be especially valuable in a state like California that is facing an ongoing and historic drought. 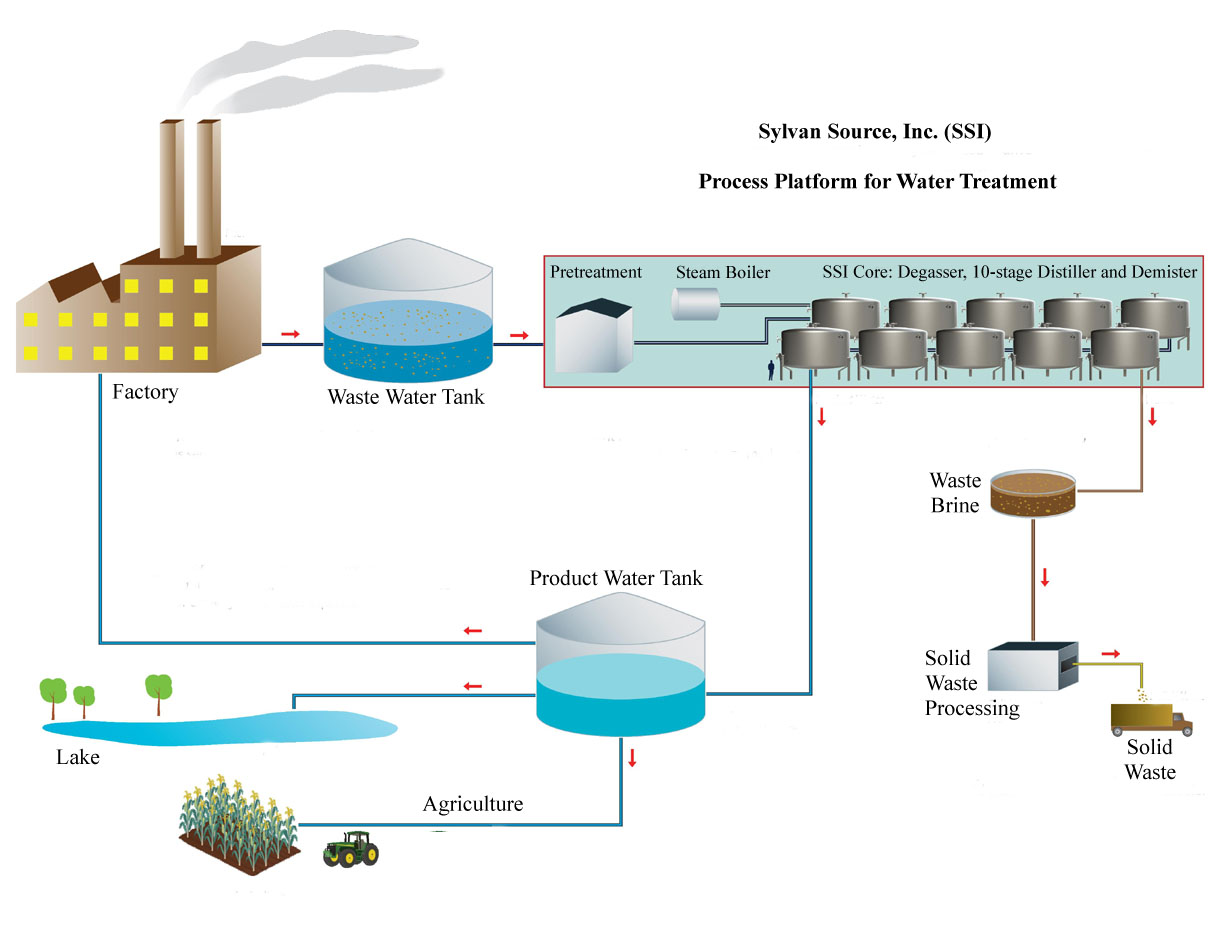 MacKenzie, working in collaboration with the Electric Power Research Institute, oversaw a demonstration project of Sylvan Source’s technology from late August to mid-October. The project took place at SCE’s Mountainview Generating Station in Redlands, where wastewater from its steam-generated turbines and cooling towers is treated.

The big difference between Sylvan Source’s technology and conventional wastewater treatment is how heat is transferred during the distillation process. Conventional wastewater treatment uses a heat exchanger to produce the steam while Sylvan Source relies on a proprietary thermal transfer mechanism. That change to the process reduces the need for high-flow pumps to circulate the water, which means less power is needed to operate the system.

“The energy is simply used much more efficiently,”  MacKenzie said.

If a Sylvan Source system replaced the process SCE currently uses, MacKenzie said it would eliminate the need for many of the chemicals the company now employs to clean and soften the water. It would also reduce the cost of maintenance and replacement parts.

Sylvan Source says its technology cuts capital expenditure and operating costs in half from conventional wastewater treatment processes while recovering 90 percent of the wastewater.

The institute, which conducts research for the electric utility industry, provided most of the funding for the pilot project and will release an independent analysis of the results next year. Among other things, the institute studies technologies that have the potential to assist power plants with their water treatment needs.

Laura Demmons, Sylvan Source’s chairman and CEO, praised SCE and the institute for being open to a new technology and willing to undertake an independent test of it.

“SCE and EPRI clearly demonstrate global leadership in their ability to both identify truly game-changing technologies and then to comprehensively validate that these technologies are very real through rigorous field testing with live feed water streams,” Demmons said.