SCE is working to mitigate the possible devastation caused by drought and beetle infestation, including wood chipping and removal of ‘zombie trees.’
By Caroline Aoyagi-Stom @SCE_CarolineA
Subscribe

The crackling noise from the radio static makes it difficult to hear Richard Bagley over the phone, but it’s information he needs to monitor a new wildfire in the Sierra Nevada’s Watts Valley that has already consumed 60 acres.

As a forestry manager for Southern California Edison for 32 years, he has never seen it this bad. Several years of drought has weakened the local pine trees, making them susceptible to the beetles that feast on them. What’s left is hundreds of square miles of dry and dead forest that could light up like a cinder box.

“Even after the needles fall off, the trees will fall down and will not turn to duff for 40 to 50 years,” said Bagley. “The brush will grow up around the downed trees. It’s a giant fuel source and the logs will make the fire more intense.

“The communities need to get rid of this material,” he added. “If a fire is established with these dead trees, the fire will take off so fast that there is no way for the fire agency to stop it. It will be too intense and too unsafe for the firefighters.”

But getting rid of hundreds of square miles of dead pine and mixed conifer forest in the Southern Sierra Nevada Mountains is a monumental task for the U.S. Forest Service and Cal Fire. With public safety as its No. 1 priority, SCE has been working to clear areas near its properties. Now, SCE Forestry is focusing on areas used by the public first such as Camp Edison, picnic areas, roads and trails around Shaver Lake.

SCE crews and contractors are also clearing hazard trees along hundreds of miles of its power lines, and the company is also reaching out to local communities. A contractor is currently using SCE land to set up a wood chipping service.

Local homeowners and commercial landowners can have their dead trees chipped for a fee, $4 per cubic yard for homeowners and $12 per ton for commercial users. The contractor then brings the wood to a biomass facility where it will be disposed of. The chipper, which can handle a log up to 10 feet in diameter, also helps kill the beetles and moves the infested trees away from nearby healthy trees.

“Homeowners have nowhere to bring these dead trees,” said Bagley, noting that the local mills are filled up right now. “Getting these logs off the landscape is the primary goal. We are looking at every opportunity to get this biomass out of here before the fires come in.”

In the Southern Sierra Nevada Mountains, about 66 million trees have died in the insect epidemic since 2010, according to the U.S. Forest Service. This is up from the 40 million dead trees reported in October.

And the vast numbers have created a visual pall in the area. Stevenson Mountain, which faces the sun, has gone from about 30 percent dead pines to almost 80 percent deceased trees in less than a month.

“What used to be a dark green forest is now a dry, yellow forest,” said Bagley.

SCE is part of the “County Tree Mortality Task Force” to ensure coordination with government agencies. In addition to the wood chipping, the company is paying to cut down trees to make firewood which can be purchased for $10 for 10 cords. “Zombie trees,” trees that look green but are dead, are also being removed so they won’t impact the healthy trees.

With reforestation a priority, SCE is collecting seeds from surviving pine trees since these are genetically adapted for the area. The company is also planning to increase the numbers of trees it will plant from its nursery to 100,000.

“This will help speed up the recovery of the forest,” said Bagley, who sadly knows the summer will bring more wildfires to the area.

“I foresee quite a different forest from what we are used to.” 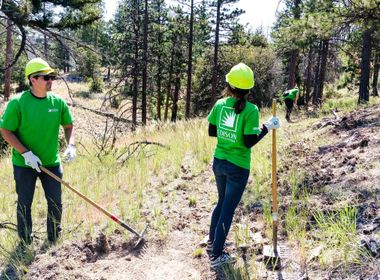 It was just a few weeks ago that Jaclyn Loomis, 27, was in the San Gabriel Mountains helping to restore trails and doing some light maintenance in an area that had been devastated...
View Story 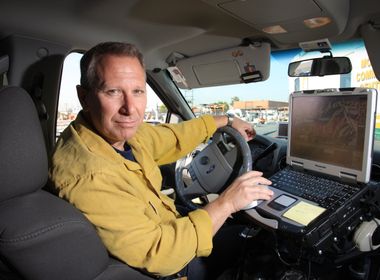 As Troy Whitman drove up San Gabriel Canyon, the devastation from the still burning San Gabriel Complex Fire was all too vivid. Amidst the scorched terrain he noted at least 10...
View Story 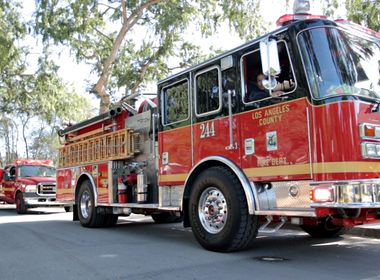 Smoke billows from the front end of a crumpled white Chevy. The driver is slumped over, airbag deployed. “Sir, can you hear me sir?” shouts the firefighter standing some...
View Story
View Comments
Leave a Comment
Comments