For more than four years, SCE has been working with the port to install the needed infrastructure.
By Paul Klein
Subscribe

It took more than four years to install the needed infrastructure to transform the Long Beach Port’s Middle Harbor, but it is now set to become the most technically advanced shipping terminal in the nation. The major West Coast shipping facility will soon be able to off-load ships faster and more economically thanks to Southern California Edison’s newly installed electrical infrastructure operating throughout the port.

Rod Vickers, account manager with SCE’s Business Customer Division, said the port and SCE have partnered for more than a decade to strengthen the facility’s electric distribution system while the port’s terminal operators continued their work of cargo loading and off-loading.

“It’s gratifying for SCE to implement its 100-year-old core business that supports the critical job of goods movement, now and in the future,” Vickers said. “We came into the port and integrated a new, 66-kilovolt backbone electric system that is supporting the expansion of port operations cleanly and effectively.”

SCE installed four 66 to 12 kilovolt substations that are dedicated to the facility and replaced most of the existing distribution system that was the primary source of power for the port. Additionally, SCE installed 60 new engineered steel poles for the 66-kilovolt subtransmission line — on driven pile foundations — a relatively new technique for the company’s 66 kilovolt poles in order to meet the project’s seismic resistance design requirements.

“The project site vicinity is underlain with loose soil and shallow groundwater, which makes the soil susceptible to liquefy under seismic activities resulting in an uneven vertical settlement of two feet in some locations,” said Esam Abraham, SCE geotechnical engineer. “A driven pile foundation system down to approximately 80 feet below ground surface to the dense soil was recommended to provide seismic mitigation. The newly installed electrical infrastructure was built on approximately 600 driven piles.”

While the four substations are energized, three are currently being used by the port for normal operations. The fourth substation is already undergoing additional upgrades to add a third transformer and distribution circuit to serve the port’s newest pier that is under construction.

“The port’s Middle Harbor Terminal project is now benefiting from increased electric capacity that will be powering the most technically advanced terminals,” he said. “Terminal operators will be using battery-operated, automated-guided vehicles to move cargo from ships to storage facilities along a predetermined railroad-like track to storage areas within the terminal complex.”

Last year, the utility also installed two miles of electrical cable and a dedicated circuit for a major cruise line where its ships can now “plug in.” SCE is in the process of installing three miles of circuitry at the port’s Pier E to provide on-shore power to that location. This will enable visiting cargo ships to turn off their auxiliary diesel generators and connect to SCE’s system for their power needs while cargo is being loaded and off-loaded.

Hannaman added that by installing the new infrastructure, SCE was able to consolidate multiple electrical services throughout the facility. This is allowing the port to reduce its electricity costs by decreasing the number of points of service.

“This makes the port more competitive with other similar facilities around the nation,” he said.

SCE continues to identify and implement additional upgrades and improvements to the port’s electric system. These include relocation and replacement of electric infrastructure that supports the Gerald Desmond Bridge project, a vital transportation link into and out of the port.

With SCE electric equipment in place, the port is also achieving its energy efficiency goals.

Al Moro, the Port of Long Beach’s acting executive director, said that when ships use shore power at berth, they tap landside electricity for their power needs — lights, pumps, communications, refrigeration — instead of running diesel-fuel auxiliary on-board engines. Shore power cuts air pollution from ships at berth by 95 percent with significant reductions in other air pollutants, too.

“The Port of Long Beach is committed to reducing air quality impacts associated with goods movement,” Moro said. “The port has invested $185 million in the landside infrastructure to outfit its berths with shore power capabilities, with the shipping lines investing millions of dollars more in the shipside improvements.” 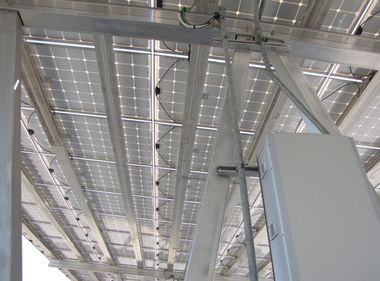 The Century Villages at Cabrillo community is adjacent to some of the most industrial land in Southern California. On any given night, the 27-acre supportive housing community is home to more than 1,000 people. Residents include former homeless veterans...
View Story 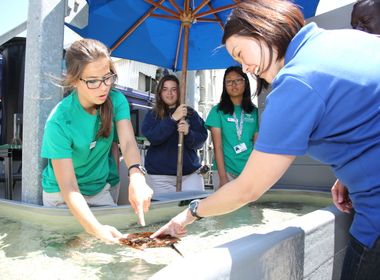 Edison Support Boosts Education Programs at the Aquarium of the Pacific

Since the Aquarium of the Pacific opened its doors in Long Beach, Calif., in 1998, it has been on a mission to “instill a sense of wonder, respect and stewardship of the Pacific Ocean and its inhabitants and ecosystems.” At the Aquarium each year about...
View Story
View Comments
Leave a Comment