Many businesses now have multiple charging stations for EV owners to use.
SCE has been in the forefront of electric vehicle technology for more than 20 years and has more than 600 electric or electrified vehicles in its fleet.
There are now nearly two dozen EV models for motorists to choose from.

Events across Southern California Sept. 16-18 give motorists a chance to see and test drive the latest EVs.
By Mary Ann Milbourn
Subscribe

Electric car owners are taking their enthusiasm for their clean-driving vehicles on the road this week in a series of events throughout Southern California as part of National Drive Electric Week.

Would-be buyers and the just plain curious were able to check out and test drive some of the many EVs that are now on the road. They were also able to talk to electric car drivers about their experience owning an EV.

Kathleen Smith, a Los Angeles resident who was at the event in Exposition Park Sunday, has owned an electric car since the first Nissan Leafs came out in 2011. The retired nurse also owns a plug-in hybrid Prius.

She said she likes everything about driving an EV from the environmental benefits to how economical it is.

“It has so many less moving parts — no air filter, no water pump, no oil, no spark plugs, no engine, just a motor,” she said “It’s really, really cheap to operate.”

Southern California Edison was one of the sponsors of the Exposition Park event. SCE officials were on hand to provide information and answer questions.

“SCE has been at the forefront of electric vehicle advocacy and technology for more than 20 years,” said Laura Renger, an SCE principal manager of Environmental Affairs and Compliance. “We want to get customers interested in driving an EV in the future.”

For its own part, SCE has committed to spending 20 percent of its annual fleet budget on plug-in EVs. The company currently has more than 600 electric or electrified vehicles in its fleet ranging from hybrid-electric cars to non-electric trucks that use lithium-ion batteries to power their air conditioning, lights and two-way radios while the engine is turned off.

For motorists considering buying an EV, SCE also has an Electric Vehicle Rate Assistant app to compare the cost of operating an EV versus a gasoline-powered car.

Nearly 231,500 electric cars have been purchased in California since 2011, according to the California Plug-In Electric Vehicle Collaborative. An estimated 75,000 are in SCE’s territory.

“We want to help the state reach its goal of getting 1.5 million electric vehicles on the road by 2025,” Renger said.

Renger will also be participating on a panel at a National Drive Electric event at the Santa Monica Civic Auditorium this weekend. 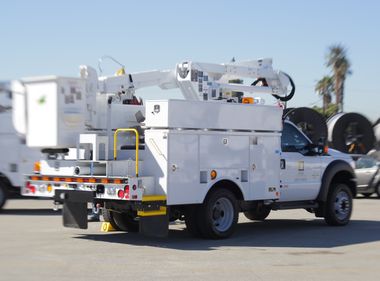 No one needs to sell Lisa Rosen on electric vehicles. She and her family have owned EVs since they first came on the market in 1997. They believed so much in EVs that Rosen’s son...
View Story
View Comments
Leave a Comment
Comments