The past winners urge high school seniors to apply for this year’s scholarship program, which is now open.
By Caroline Aoyagi-Stom @SCE_CarolineA
Subscribe

As a nanoengineering senior at the University of California, San Diego, she deals with researching and creating things on a nanoscale. A width of human hair is about 40,000 nanometers long.

“I see nanoengineering as a revolutionary field for my generation,” said Miller, whose virtual reality projects include building a glove with sensors to help doctors do surgery remotely or to understand the sign language alphabet.

The former Valencia High School student says she is living her academic dream and wants to help more underrepresented Hispanic students like her pursue the field of engineering. And she credits her 2014 Edison Scholars award for her success.

“I am able to go to college because of that scholarship,” she said, noting that her parents could not afford to pay her tuition and boarding fees. “I’ve grown so much and am now better equipped to give back to my community as an engineer.”

Since 2006, Edison International has awarded more than $7.5 million in scholarships to 580 students pursuing STEM (science, technology, engineering or math) in college through the Edison Scholars program, a program funded by shareholder dollars. The $40,000 scholarships are awarded to students living in Southern California Edison’s service territory who have a minimum GPA of 3.0 and demonstrate financial need.

Applications for the 2018 Edison Scholars Program are now open. Thirty new students will be selected and announced in March.

Michael Morrissey, 18, has always loved to build things. As a kid, he would push his living room couches to the side so he could build immense Lego fortresses. At the Ventura boatyard his dad still manages, he would build mini-boats with pipes, boards and twine he would find scattered about.

Applicants must be a high school senior with at least a cumulative 3.0 GPA, plan to pursue studies in the STEM fields at a four-year accredited college or university, and show financial need.

His building prowess has helped him pursue an environmental engineering degree at San Diego State University where he is also minoring in Spanish. He hopes to one day help bring clean water to third world countries in Latin America.

“I’m already focusing on plans for after college,” said Morrissey, who credits a high school visit to Baja for his current passion for the environment. “The trip made me see how bad conditions were and that a lot of people don’t have clean water.”

The freshman and 2017 Edison Scholar winner is studying power plants and sewer systems to figure it all out.

"At Edison, we are working toward that same goal: a clean energy future," said Janet Clayton, senior vice president of Corporate Communications at Edison International. “And through our Edison Scholars Program we are investing in the future of these students."

Kim Nguyen, 22, is rushing to get to another meeting in downtown Manhattan. As a management consultant and recent graduate of Williams College, her math and economics degree has helped her excel in the logical problem-solving her job demands.

“I think math is really beautiful and it exercises the brain,” she said, noting that creativity allows people to solve complex problems both inside and outside of STEM.

An Edison Scholar winner from 2013, she encourages students pursuing STEM to apply for the 2018 scholarship program.

“If you don’t apply, it’s an automatic no. If you do, there’s always the possibility that you will get it,” said Nguyen. “It will give you that financial freedom. Go for it.”

To apply for the 2018 Edison Scholars Program: www.scholarsapply.org/edisonscholars/. 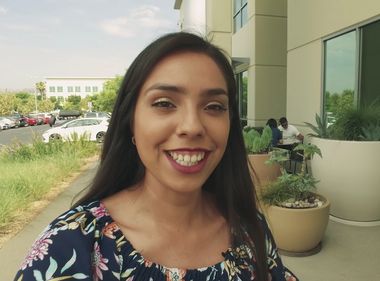 Video Credit: Joseph Foulk and Ernesto Sanchez Transitioning from high school to college to the real world can be difficult, but these three college students — Diana...
View Story 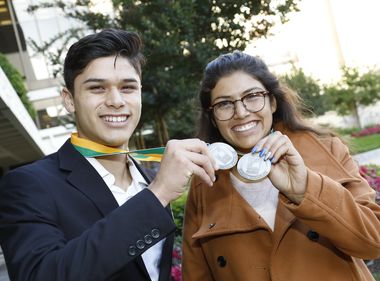 ROSEMEAD, Calif. — Jesus Contreras Magana, 18, had woken up early for work picking lemons in Ventura County with his dad during spring break when he received a screenshot text...
View Story 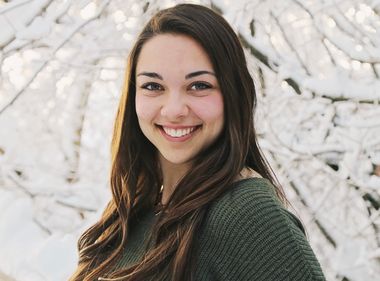 Hanford High School senior Keslee Green still can’t believe she’s a 2017 Edison Scholar and the recipient of a $40,000 scholarship. “I kind of laughed in disbelief. I was like,...
View Story
View Comments
Leave a Comment