The seniors are two of this year’s 30 scholarship winners who will each receive $40,000 from Edison International to pursue degrees in STEM.
By Caroline Aoyagi-Stom @SCE_CarolineA
Subscribe

ROSEMEAD, Calif. — Jesus Contreras Magana, 18, had woken up early for work picking lemons in Ventura County with his dad during spring break when he received a screenshot text from his good friend,  Mireille Vargas.

“Congratulations!,” it said, with both of their names highlighted as part of this year’s group of 30 Edison Scholars winners. The Santa Paula High School classmates will each receive $40,000 to pursue degrees in STEM (science, technology, engineering or math).

“It was kind of crazy,” said Magana, who attended the scholars reception Thursday at Edison International headquarters where he and Vargas met the other awardees. “I want to say thank you … I can’t really express in words how I feel.”

Magana will head to Yale this fall to pursue a degree in biomedical engineering, the first in his family to attend college. His goal is to work in cancer research so he can help find a cure for those diagnosed with the disease like his grandmother in Mexico.

It’s a dream he didn’t think was possible a few months ago because his parents had already told him they could not afford to pay for college.

“I’m going to be able to focus on my academics and not worry about the money anymore,” said Magana. “This is really empowering for the students.” 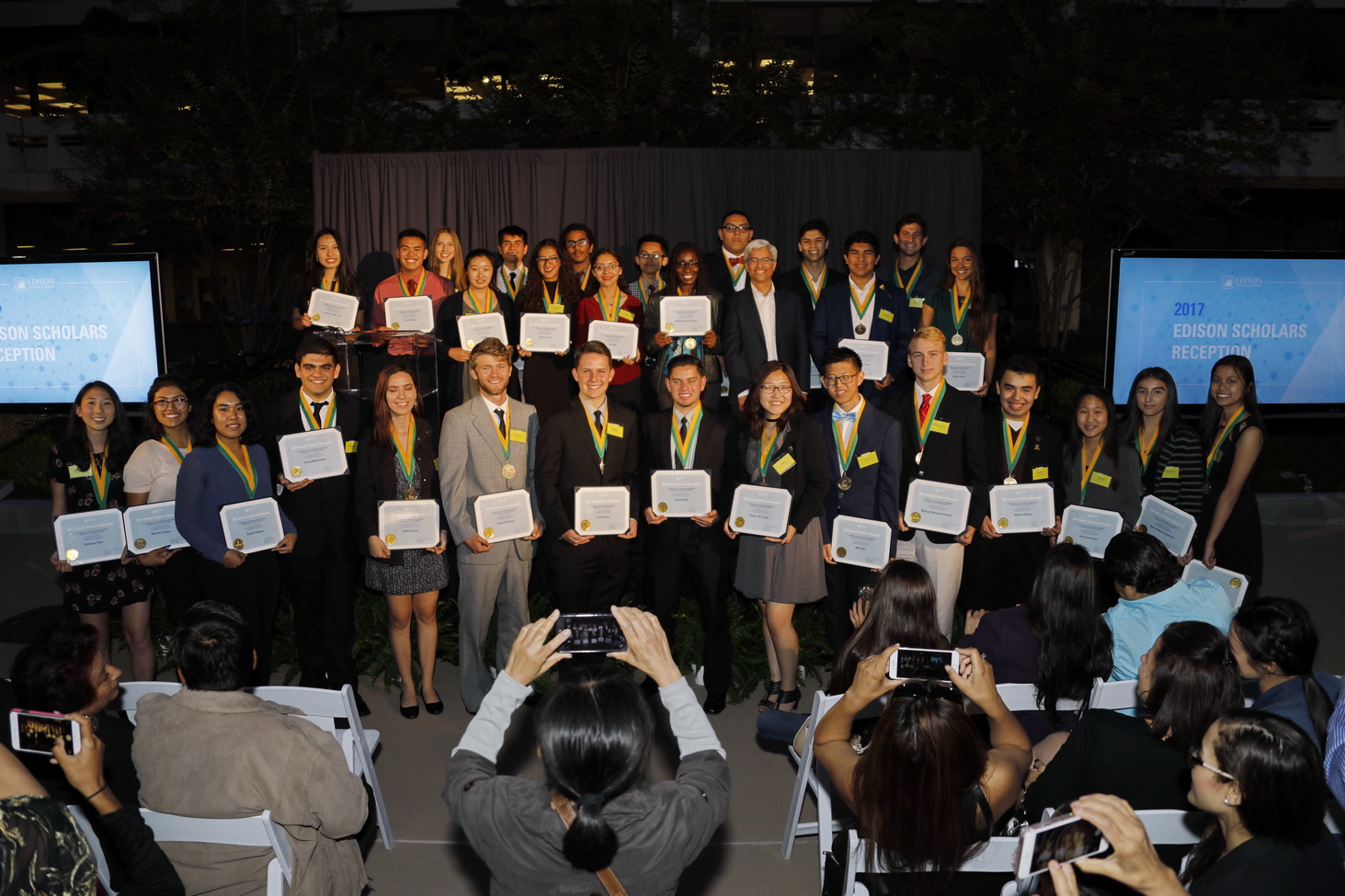 The 30 Edison Scholars celebrate their accomplishments with their families at Edison International headquarters.

This year, 1,226 students applied for the Edison Scholars award, a program entirely funded by shareholder dollars and administered by Scholarship America, an independent philanthropic organization that manages corporate scholarship programs. Edison International has awarded nearly $7.7 million to 580 Edison Scholars since 2006.

The 30 chosen students are from throughout Southern California Edison's service territory and are pursuing careers in STEM. In addition to academic excellence, the students must show financial need.

“This is a long-term investment, we are investing in these 30 kids,” said Pedro Pizarro, Edison International president and CEO, noting that his hope is that some of them will one day work for Edison. “It’s a wonderful program that allows us to give back to the community.”

Vargas, 17, and Magana have been good friends since middle school and share many of the same math and science classes. Last summer, Vargas did a four-week internship in the Bahamas with QuestBridge to pursue her interest in the environment. She saw how the island incinerates garbage instead of using landfills, a high source of pollution.

Vargas will head to Stanford this fall where she hopes to earn a degree in environmental systems engineering and work with countries that do not have access to fresh water. Eventually, she wants to volunteer with Engineers Without Borders.

“I want to focus on solutions for the problems of today,” she said. “I’m really grateful [for this scholarship]. Now I don’t have to worry about the money for school.”

Alex Nguyen, 17, never got his Edison letter in the mail and instead found out he had won the Edison Scholars award after his friend’s father heard his name being announced on the radio.

He will soon head to UCLA to pursue a degree in applied mathematics, a subject he has enjoyed since elementary school.

“I love math,” said Nguyen. “You can do fun things with math. It’s easy for me.”

Ana Alba, 17, was looking forward to a career as a singer or fashion designer. But in middle school, she took a MESA (Mathematics, Engineering, Science Achievement) course and it changed her life.

The Edison Scholar will head to the University of Madison-Wisconsin this fall to pursue a degree in electrical engineering.

“I want to focus on technology,” she said. “I want to make solar panels more durable and efficient.”