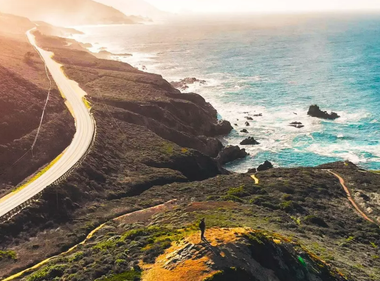 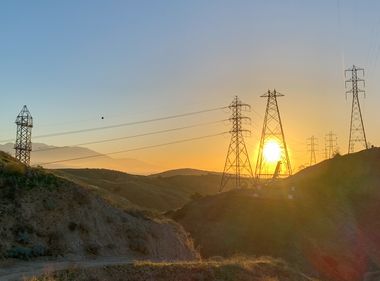 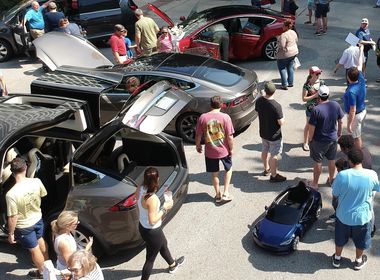 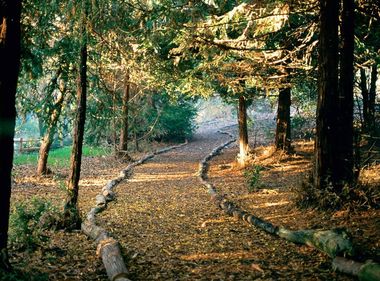 SCE crews work to not disturb local flora and animals on Catalina Island during the composite pole-setting project.

Second in a three-part series

AVALON, Calif. — With dirt as fine as clay lining the roads and slopes of the rugged mountains, a short hike leads to bright orange ribbons, markers that have been placed to indicate where it is safe to walk.

The ribbons on the marked path have been placed on Catalina Island by the local conservancy and Southern California Edison environmentalists to help protect the native flora, such as the rare ice plant that is indigenous to the island. It is one of many steps the utility is taking to protect the environment as it works to install 67 composite poles across the island, all part of the company’s effort to increase the resiliency of the grid.

“All of these locations have been surveyed by our biologists and the conservancy so they have been double-checked,” said Joshua Regalado, SCE district manager for the Orange Coast, which includes Huntington Beach, Westminster and Avalon. His team is overseeing the Catalina pole-setting project. 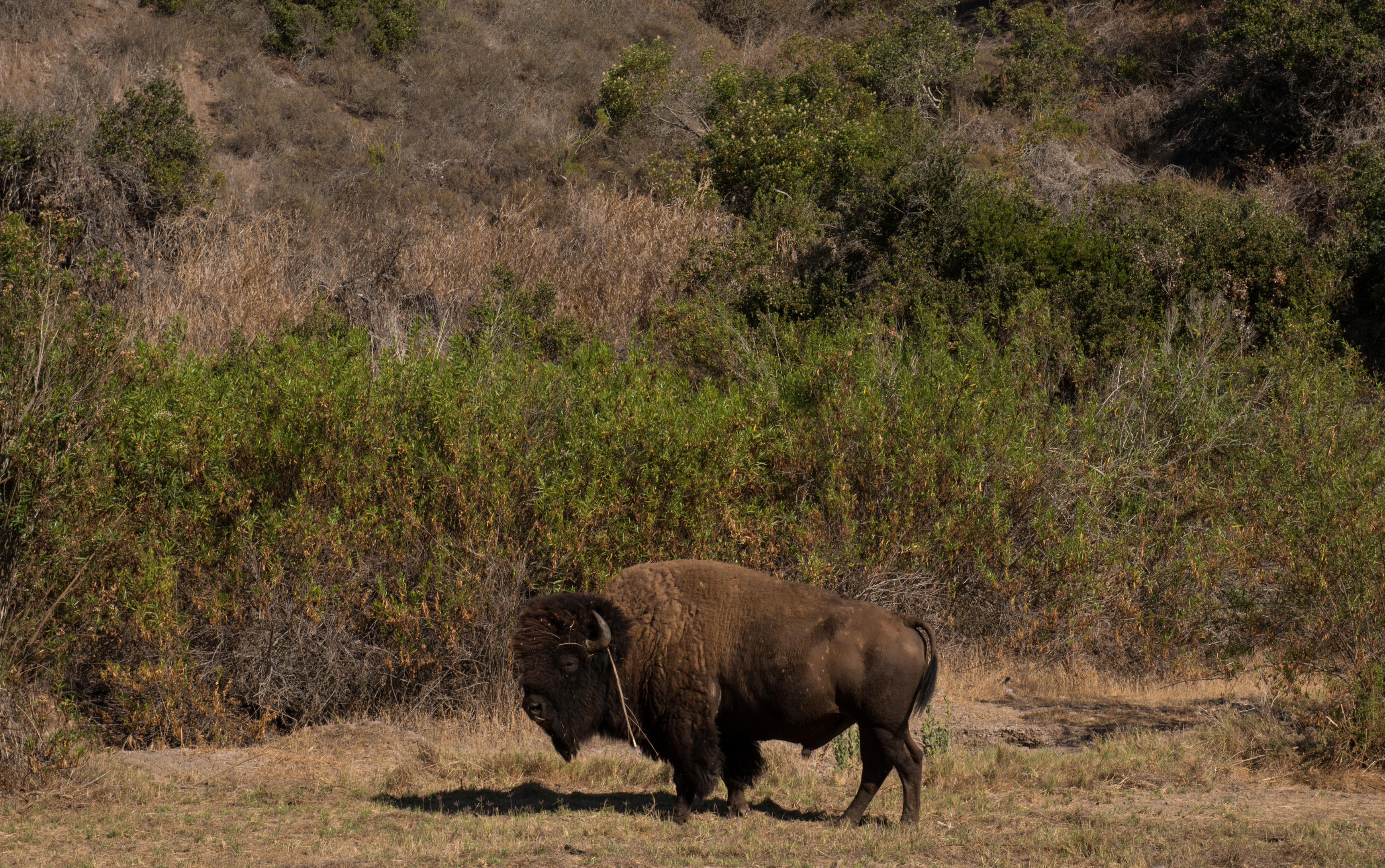 The non-native bison have lived on Catalina Island for almost a century. PHOTO: Elisa Ferrari

As the work to replace 67 wooden poles with fire-resistant composite poles began on the island in early July, SCE crews were well aware of local nesting season. The crews know that work stops if there is an active bird’s nest.

“So far, we have not had any issues with active nests,” said Regalado. He noted that 85 SCE personnel from across the company will be working on the Catalina pole-setting project till early September.

And there are numerous other animals that are protected on the island, including eagles, hawks, bison and foxes.

In one work location, SCE crews came upon a fox burrow and were instructed to be careful working in that area so as not to disturb it. Another job site saw the arrival of a herd of bison that decided to stick around a pre-dug hole that had been awaiting a composite pole. The crew ended up moving to another location as to not disturb the bison.

In addition to locally protected plants, Catalina Island is also home to the California oak tree. At one pole-setting location, Regalado noted, one of these majestic trees had to be trimmed after working with the local conservancy to get the OK. 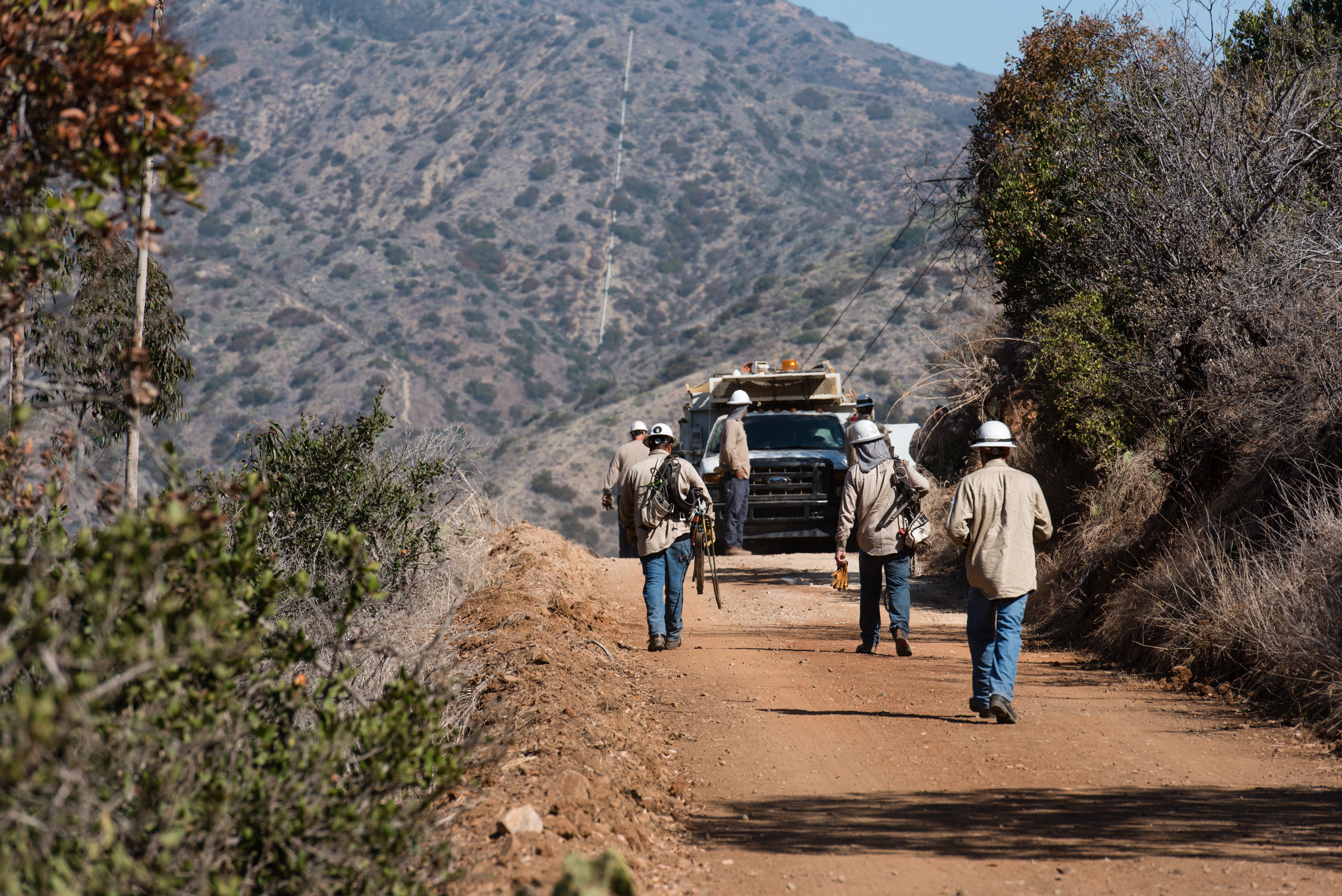 “We don’t want to impact their environments,” said Regalado of the flora and animals, noting that SCE has its own biologists and environmentalists.

Infrastructure projects on the island like the new composite poles require barging in all of the needed equipment and support for the crews. SCE crews also cut and safely remove the wooden poles from all their projects. Equipment such as crossarms and insulators are also palletized and safely disposed of.

All the material is then placed on a barge and removed off the island to be processed at an SCE facility in Long Beach. This way, SCE crews do not leave a lasting footprint on the island as it works to create a more resilient system.

“We haul out the material once the job has been completed,” said Steve “Bo” Diaz, SCE safety lead on-site for the pole-setting work today. “There is a lot of coordination for work like this.”