A Sustainable Path for Solar Power in California

Charles Dillon lives in a beach community served by Southern California Edison and has invested more than $30,000 to have 39 solar panels installed atop his 1960s-era, ranch-style home. Before installing his solar system, his monthly electric bill averaged about $500 without air conditioning.

Thanks to California’s Net Energy Metering (NEM) program, which pays Dillon a subsidy for installing his solar rooftop array, his monthly energy bill rarely exceeds $25, even after adding a new air conditioning system. That is the case not only because NEM customers avoid contributing to the costs of modernizing, operating and maintaining the grid, wildfire safety and low-income customer programs by shifting those costs to non-solar customers, but the utility must also pay solar customers a rate for their exports that is eight times higher than what the utility would otherwise pay for the same solar power from a utility-scale solar farm. Dillon is one of 1.3 million (and growing) solar customers who receive this NEM subsidy.

Yet, the benefits enjoyed by solar customers come at the expense of millions of other utility customers who do not have solar panels — typically renters and lower-income households. In total, solar customers receive $3.4 billion in subsidies from non-solar customers statewide and $1 billion in SCE’s service area alone. Broken down, non-solar customers, including those who qualify for low-income bill assistance, live on fixed incomes or in disadvantaged communities, are paying around $200 more in their electric bills every year to fund rooftop solar systems. By 2030, that amount will grow to $300 per year.

The inflated subsidies have fueled profits and stock prices for solar corporations on the backs of California’s most economically vulnerable residents for years. In total, the NEM subsidy makes rooftop solar the most expensive form of clean energy available, but it does not have to be that way. The NEM program and subsidy have matured the solar industry, resulting in the cost of solar rooftop systems dropping 70% since the program began. Thus, the subsidy is increasing as the cost of solar is decreasing. That is why the California Legislature passed Assembly Bill 327, which, among other things, directed the California Public Utilities Commission to reform the NEM program by equalizing its costs and benefits.

Groups representing diverse interests, including the utilities, the Natural Resources Defense Council, The Utility Reform Network, the California Public Advocates Office, and organizations representing labor all support an immediate and significant reduction of the subsidy.

“Californians without rooftop solar are paying hundreds more each year to cover costs that used to be shared more equitably by all customers,” wrote the California Hawaii State Conference of the National Association for the Advancement of Colored People (NAACP) in a Jan. 18 letter to the California Public Utilities Commission. “If changes are not made, the problem will become increasingly worse, and fewer and fewer people, mostly those from disadvantaged communities, will be left to pay for costs that are no longer being paid by customers with solar systems.”

The commission is proposing to make changes to the current NEM structure to reduce the financial burden on households without solar, including the most-vulnerable, low-income customers, while supporting the sustainable growth of the solar industry growth. The commission’s proposed changes include:

A final vote was scheduled for Jan. 27 but has been delayed until further notice.

SCE and California’s other investor-owned utilities, along with more than 116 community groups representing consumer, business, environmental, labor, senior and faith-based constituencies, belong to the Affordable Clean Energy for All (ACEA) coalition, which supports reforming NEM so that it’s more equitable for all Californians.

The primary opponents of reform are trade and lobbying organizations representing large, publicly traded solar companies. Ironically, these opponents of NEM reform make grossly misleading claims that rooftop solar hurts utility profits by reducing the need to build large transmission lines, which contribute to utility revenues. There is no truth to that accusation. NEM customers do not reduce or defer utility investments in transmission and distribution.

To modernize, operate and maintain a safe, reliable and clean grid that can accommodate increasing amounts of renewable energy resources, including rooftop solar, large-scale solar and battery storage, the utilities must make investments in both transmission and distribution assets. The time has come for NEM customers to pay their fair share of the costs of those investments instead of shifting them to the utilities’ most-vulnerable customers. 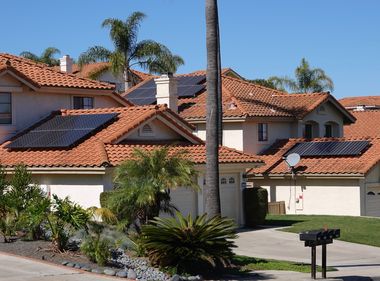 Virtual Power Plants: Energy for Your Home and the Grid

Virtual power plants are a relatively new way that customers can increase their resiliency to extreme weather and provide clean energy to the grid when it needs it. They are drawing more interest from homeowners looking to support and contribute to a clean energy future. ...
View Story 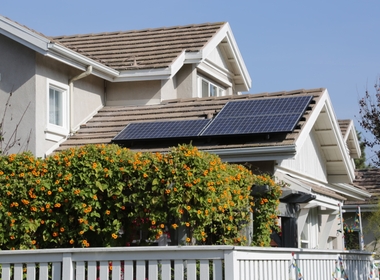 Which of the following reduces air pollution? Car pool or use public transit. Avoid idling your car’s combustion engine. Switch from a “gas guzzler” to an electric vehicle. ...
View Story
View Comments
Leave a Comment
Comments