SCE crews work around the clock to restore power after the Thanksgiving snowstorm and prepare for coming rains.
Skip to content
Stories : Safety
Download Photos Download All 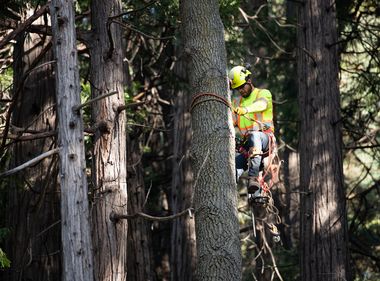 Southern California Edison has been removing trees that could blow or fall into its power lines for years to help ensure the reliability of the system. But because of climate ...
View Story 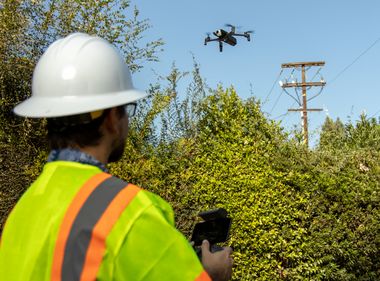 Chino, Calif.—If you combine the states of New York, Delaware and Rhode Island, then you would have an area roughly the size of Southern California Edison’s total service ...
View Story 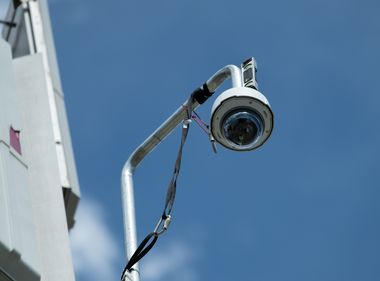 Southern California Edison has been removing trees that could blow or fall into its power lines for years to help ensure the reliability of the system. But because of climate ...
View Story

Chino, Calif.—If you combine the states of New York, Delaware and Rhode Island, then you would have an area roughly the size of Southern California Edison’s total service ...
View Story

SCE crews work around the clock to restore power after the Thanksgiving snowstorm and prepare for coming rains.

After 36 years at Southern California Edison, Dirk McConnell has pretty much seen it all, but the Thanksgiving storm that buried the Lake Arrowhead area in three feet of snow was one for the books.

“This is definitely one of the biggest snow events I’ve worked on,” said McConnell, who was reassigned from his day job as SCE Orange County regional manager to oversee repairs in the mountains in and around Arrowhead. The storm also impacted local roads and communities from Lake Gregory to Crestline.

The snow, which matched the record 36-inch snowfall in March of 1991, toppled trees and downed power lines across the mountain communities. It was the first major snow event in the San Bernardino Mountains since a blizzard hit Forest Falls in January 2016.

After the Thanksgiving Day storm, 40 SCE crews, consisting of 150 workers, were dispatched to restore power but the conditions were treacherous.

When roads finally opened to traffic, snow chains were needed just to get up the mountain and to navigate icy sideroads. Black ice made driving even plowed roads dangerous. Snow-laden trees were tangled in power lines and some of the circuits on remote mountainsides were unreachable by truck.

McConnell said there was so much snow it was difficult to even see the damage to SCE equipment. And even as the crews made repairs, new problems cropped up as more trees came down.

“Our crews had to overcome many challenges to perform to necessary repairs, in very tough conditions,” McConnell said. “I could not be prouder of the attitude and work ethic our crews, troublemen and support groups demonstrated during this event.”

Crews replaced more than 135 transformers, 110 poles and 315 spans of wire in all the areas affected by the storm.

The snow prompted some unique requests to SCE’s logistics team.

Sophia Guan, a senior SCE logistics supervisor, said two Sno-Cat tracked vehicles that can be used to access remote sites in the snow, were brought in from SCE facilities in Bishop and Victorville.

SCE transportation workers set up a station to put chains on the utility trucks on Highway 18 at Waterman Canyon so they could make it up the mountain.

A heavy truck parking area was created in Lake Gregory Regional Park so crews didn’t have to drive down the icy road off the mountain every day and remove the chains.

Because of the difficulty working in the ice and snow, the logistics team also sent up Yaktrax, metal cleats that attach to workers boots for extra traction.

After nearly a week of restoration work and as the last of the customers were being restored, utility workers remained on watch as the next series of storms were predicted starting Wednesday.

More snow was expected in the Sierras, while the National Weather Service forecast rain for Southern California.

Customers can report or inquire about outages at 800-611-1911 and get the latest outage information at  sce.com/outages. Updates are also available at twitter.com/sce and  facebook.com/sce.