March is Red Cross month, and the nonprofit is looking to grow its ranks.
By Daniel Yi
Subscribe

The smile on a toddler’s face and the palpable sense of relief from those he’s able to help — that’s why Jeromy Parsell does it.

“We reach people in what’s possibly the worst day of their lives. Their house just burned down,” he said. “We can provide something to make their situation a little better, and that can make a world of difference.”

Parsell is a Southern California Edison technician by day, but in his spare time he volunteers with the American Red Cross. He is a Disaster Action Team captain, meaning he and other volunteers bring essentials like toiletries, blankets and clothes to victims of disasters. The teams also provide gift cards that can be redeemed for food or temporary housing.

House fires are the most common disasters the Red Cross responds to. Recently, the organization launched the Home Fire Campaign that aims to reduce deaths and injuries caused by those fires.

“We are the second responders,” said Parsell, an Army veteran who’s been with SCE for eight years. “The fire department responds to the emergency and then they contact the Red Cross if families have nowhere to turn to.”

This year, the focus is on underserved communities and bilingual volunteers are in high demand.

“The volunteers in our community are critical to providing Red Cross services, “said Linda Voss, chief executive officer, American Red Cross Desert to the Sea Region. “Volunteers like Jeromy are the ones who answer the call for assistance in the wee hours of the morning to provide comfort to a family whose home just burned down.”

As a Disaster Action Team captain, Parsell is always ready. He keeps his Red Cross gear and supply bin with blankets, clothes and toiletries nearby. When a fire department calls the Red Cross, the dispatcher sends the nearest team, sometimes more than one depending on the extent of the damage.

About two years ago, Parsell responded to an apartment fire in Riverside with several other teams, he said. The fire had dislodged many families, all of them low income. The Red Cross teams handed out their usual supplies and for the children they had some Mickey Mouse dolls donated by The Walt Disney Company.

“There are hundreds of ways to volunteer with the Red Cross,” Parsell said. “There is no limit to the ways you can contribute. If you are able to give relief and put a smile on someone’s face, the rest is easy.” 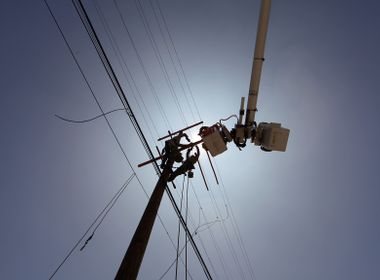 This is one in a series of stories on how Southern California Edison is preparing for the El Niño storm season. Preparing for disasters is a priority for the American Red Cross,...
View Story 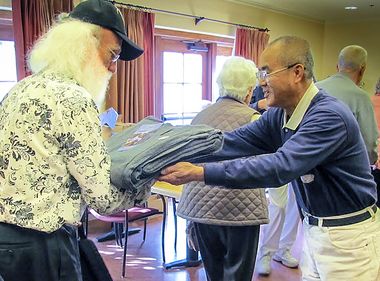 SCE Reaches Out to Seniors at El Niño Preparedness Events

This is one in a series of stories on how Southern California Edison is preparing for the El Niño storm season​. Jill Hyers knew she needed to educate the 420 residents at...
View Story 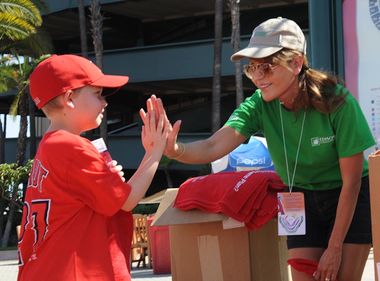