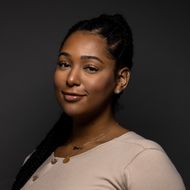 “The way I found out Gustavo won the Edison scholarship was the same way my older sister found out I won the scholarship,” said Diana Valenzuela. “Our parents swore us to secrecy.”

Diana works at Southern California Edison as a project specialist in Transmission & Distribution and is a 2014 Edison Scholars recipient. She found herself keeping a huge surprise from her younger brother, Gustavo, who had also been chosen as one of 30 students to win the $40,000 scholarship this year from SCE’s parent company, Edison International.

“He was preparing for the final interview for the scholarship, but I already knew he won,” said Diana. “I just kept emphasizing to him how important it was to be on time and make sure he was on his laptop.”

Diana and Gustavo, along with their two sisters, are passionate about STEM (science, technology, engineering or math). Although neither of them is exactly sure why they have all gone down this path, they credit their parents for consistently holding them accountable for their studies.

“If we didn’t read for 30 minutes one day, we would read an hour the next day,” said Diana.

“Our parents are farm laborers, their job doesn’t require them to know a lot of science or math, but it’s a common interest that we all have,” said Gustavo.

Edison International has awarded more than $12.3 million in scholarships to 700 students through the Edison Scholars Program since 2006. Recently, 30 high school seniors were named 2021 Edison Scholars and will each receive a $40,000 college scholarship to pursue their dreams in STEM. The program is funded by shareholder dollars, not SCE customers' utility bills.

I planned on surprising my parents and sisters that I won, but they already knew! My parents are so grateful that Edison has not only been able to help our family once, but twice.”

On April 6, Edison International executives gathered groups of students for their “final interview” for the scholarship. However, it was not an interview, but a surprise announcement.

“I was sitting on the call with all of these other great students who were so deserving, and I was wondering how Edison was going to choose between us,” said Gustavo. “I had no idea we were all recipients of the award.”

The Valenzuela siblings have attended UCLA, USC, UC San Diego and now Gustavo is also attending UCLA this fall. The brother-sister duo, both reflected on what winning the scholarship means to their family.

“I planned on surprising my parents and sisters that I won, but they already knew!” said Gustavo. “My parents are so grateful that Edison has not only been able to help our family once, but twice.”

“Gustavo is not only smart,” said Diana, “but he’s such a well-rounded kid. He’s so deserving of this scholarship and I’m definitely a proud older sister.” 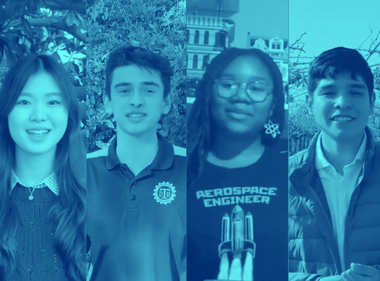 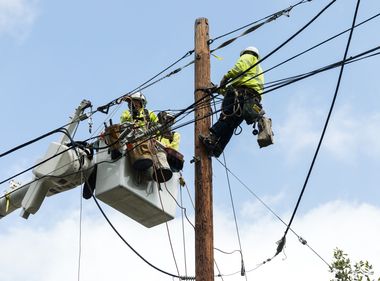 Athennia, 10, Eric, Jr., 9, and Aliyiah, 7, know that when there is a storm or a wildfire, their father Eric Jones, a field supervisor for Southern California Edison, is going to be very busy and may be called out to work at night. ...
View Story
View Comments
Leave a Comment