If approved, the proposal will enable us to efficiently connect clean technologies such as electric vehicles, rooftop solar and energy storage, to the grid while providing safe electricity service as we work to improve reliability.
By Justin Felles
Subscribe

Through the General Rate Case, the commission will review and authorize how much SCE will be able to collect from customers for years 2018-2020 to continue safely providing reliable service to customers. This includes funding for crews and call center staff to respond to emergencies such as wildfires, rainstorms, windstorms or earthquakes and restore service as quickly and safely as possible.

SCE’s proposed plan would allow the utility to make the necessary investments to enhance the future reliability, security and safety of the region’s power delivery infrastructure. SCE has more than 105,000 miles of distribution lines, 1.4 million power poles and more than 725,000 transformers across its 50,000-square-mile service territory.

“As we continue to maintain the current grid, we also need to focus on improving reliability to keep up with customer expectations and reliance on electricity,” said Shinjini Menon, director of SCE’s General Rate Case. “We also need to build the next-generation grid to meet customer and policymaker expectations.”

Over the next three years, SCE plans to invest more than $2.1 billion in grid modernization activities to improve grid safety and reliability along with enabling the integration of clean technologies. More than 80 percent of this investment is for projects under the state commission’s jurisdiction. (The rest is under the jurisdiction of the Federal Energy Regulatory Commission.)

This money will fund upgrades to the grid to increase safety, reliability, efficiency and the use of clean technologies like electric vehicles, rooftop solar and energy storage. Some of the work will focus on updating automation systems to help monitor and control grid equipment in real time as customer use of distributed energy resources such as rooftop solar and battery storage increases. The money will also fund replacing infrastructure and equipment, such as power poles, underground cables and structures, and pay for new construction such as substations and circuits.

SCE has made improvements in productivity, which are estimated to result in savings of $85 million in operations and maintenance costs in 2018. These productivity improvements should help offset some of the costs of improving grid safety and reliability.

If the commission approves SCE’s full request, average rates will increase by 2.7 percent in 2018; this means that 2018 bills will be at about the same level as 2014. The commission conducts a rigorous public review process that includes customer input. SCE tentatively estimates that the commission could issue a final General Rate Case decision at the end of 2017.

The General Rate Case makes up about half of customer rates. Another one-third comes from the cost of energy itself — the cost of fuel and purchased power used to generate electricity. These costs, passed on to customers “at cost” without a markup, vary from year to year.

The remaining costs incurred are from a variety of other factors, such as large transmission projects regulated under the Federal Energy Regulatory Commission, and special projects like programs benefiting the public such as energy efficiency and low-income customer assistance. 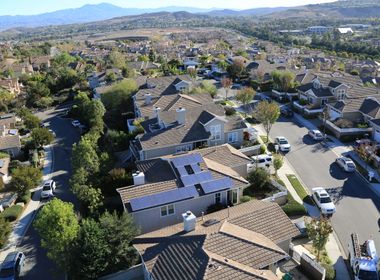 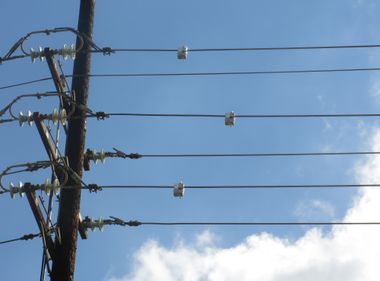 Power outages are an inconvenient fact of life, but a new technology being deployed by Southern California Edison will decrease how long outages last and how many customers are...
View Story

No one needs to sell Lisa Rosen on electric vehicles. She and her family have owned EVs since they first came on the market in 1997. They believed so much in EVs that Rosen’s son...
View Story
View Comments
Leave a Comment
Comments