The coastal transit agency is electrifying its fleet with the help of SCE’s Charge Ready Transport program.
Skip to content
Stories : The Grid
Download Photos Download All 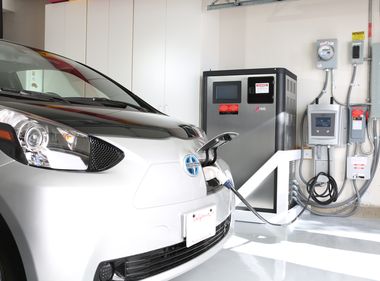 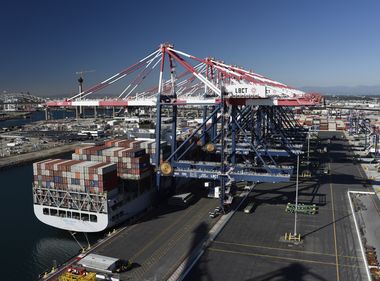 The Port of Long Beach recently celebrated the completion of a 10-year project to develop one of the world’s most eco-friendly and technologically advanced container terminals. ...
View Story
View Comments
Leave a Comment
Stories : The Grid
Download Photos Download All

The coastal transit agency is electrifying its fleet with the help of SCE’s Charge Ready Transport program.

It has been just over two years since the first battery-electric bus was introduced to Santa Monica’s municipal bus line.

This year, Big Blue Bus, as the transit agency calls itself, is making serious headway into electrifying its bus fleet, and Southern California Edison is helping to make it happen.

The bus service will be adding 18 more zero-emission, plug-in electric buses to its fleet of 195 within the next few months. Through SCE’s Charge Ready Transport program, the heavy-duty EV charging infrastructure needed to keep those new buses humming has just been installed.

In addition to installing the on-site charging infrastructure, SCE also reconfigured the circuit and extended the power line that serves the bus yard.

“We started having conversations with a team at Edison very early, so we were able to take advantage of Charge Ready Transport,” said Eric O’Connor, assistant director for Santa Monica’s Department of Transportation. “SCE has been a great partner throughout this process. Now we’re excited that by next February or March, we should have our first 19 electric buses on the road.”

And with that, Big Blue Bus is just getting started.

The transit agency recently presented plans to the Santa Monica City Council to install charging for as many as 100 electric buses over the next few years.

“This next phase will give us the ability to charge half our fleet as we acquire vehicles,” O’Connor said. The plug-in electric buses will replace aging buses in Santa Monica’s fleet.

This will be the second environmental overhaul for Big Blue Bus. During the 1990s and 2000s, the fleet was upgraded to run on compressed gas, liquefied natural gas and electric-gas hybrid engines.

Today, SCE’s Charge Ready team is ready to help the city pay for charging infrastructure for the zero-emission upgrade that will benefit those who live in and visit the area for years to come, according to SCE account manager Brian Bustamante.

SCE has been a great partner throughout this process. Now we’re excited that by next February or March, we should have our first 19 electric buses on the road.”

“As Charge Ready Transport continues to ramp up, Santa Monica is in a good position to apply for and receive funding through the program,” Bustamante said. “We look forward to seeing applications from Big Blue Bus and many other transit agencies within our service area.”

The program, which provides assistance to fleet owners for infrastructure to charge medium- and heavy-duty EVs, also offers customers construction and logistical support. SCE expects that the $358 million program will help pay for charging stations at a minimum of 870 commercial sites within SCE’s 50,000-square-mile service area, or enough infrastructure to support at least 8,490 industrial EVs.

Earlier this year, SCE also launched Charge Ready for light-duty vehicles, which will add about 38,000 new passenger EV chargers throughout its service area. The program installs and maintains the infrastructure that supports charging for electric cars, while site hosts, including workplaces, public parking lots, schools and recreational destinations, typically own, operate and maintain the charging stations themselves.