SCE restocks the reservoir with rainbow trout for recreational fishing when the lake opens June 15.
By Mary Ann Milbourn
Subscribe

It’s nearly summertime and the fish are jumping at Mammoth Pool Reservoir after Southern California Edison began restocking the lake with rainbow trout.

“Mammoth Pool is a popular destination for fishing,” said Wayne Allen, an SCE principal manager. “Restocking the lake is part of SCE’s commitment to environmental stewardship.”

Mammoth Pool Reservoir is part of SCE’s Big Creek hydroelectric system in the Sierra Nevada east of Fresno. Last year, SCE had to draw down the reservoir to install gauges on the lake’s shore.

After the project, SCE and the California Department of Fish and Wildlife discussed ways to address the loss of adult fish that likely resulted from the drawdown. SCE agreed with the department’s recommendation to stock 10,000 pounds of catchable-size trout in the reservoir each year in 2018 and 2019. 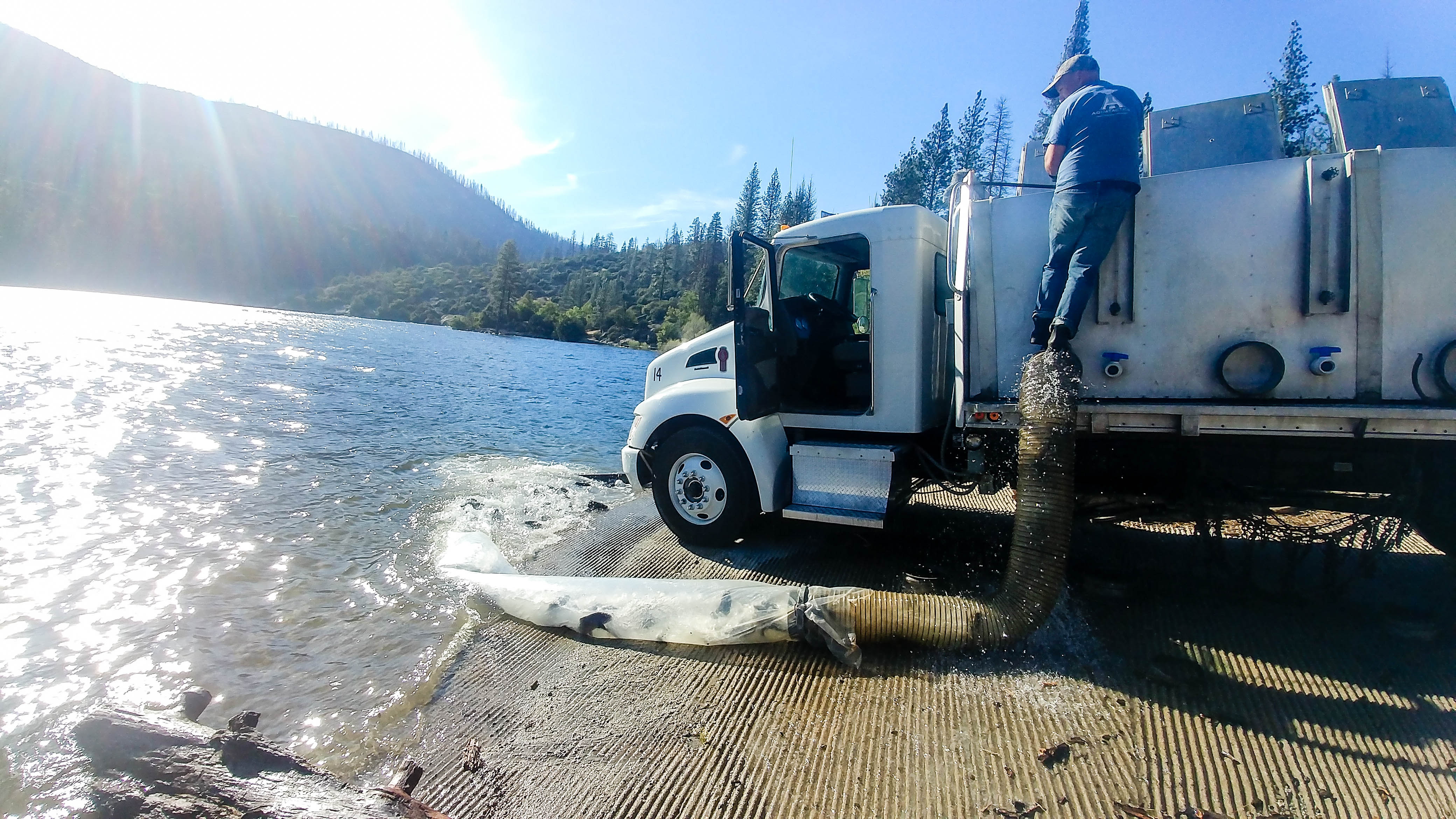 We are delighted to see Southern California Edison’s commitment to restoring Mammoth Pool Reservoir as a premier trout fishing destination for Central Valley anglers. This initial stocking of 10,000 pounds of rainbow trout will jump-start this fishery just in time for the spring and summer fishing and camping seasons.

“We are delighted to see Southern California Edison’s commitment to restoring Mammoth Pool Reservoir as a premier trout fishing destination for Central Valley anglers,” said Julie Vance, Central Valley Regional Manager for the California Department of Fish and Wildlife. “This initial stocking of 10,000 pounds of rainbow trout will jump-start this fishery just in time for the spring and summer fishing and camping seasons.”

This year’s first truckload of 3,000 pounds of trout originally was scheduled for the end of April. Late spring snow and cold weather, however, delayed restocking until May 7, when the first of two deliveries of 1- and 2-pound rainbow trout arrived by truck from the Mt. Lassen Trout Farm.

Trout farm staff stop feeding the fish three to five days before the trip to reduce the waste they produce while in their temporary tanks on the truck. On moving day, the fish are placed in the truck’s tanks, which have been filled with icy cold water.

“We want the water really, really cold for them so their metabolism slows and they are nice and calm so they don’t use a lot of oxygen,” Harris said.

When the truck arrives at the reservoir, the driver attaches a metal pipe to the first of four fish tanks. A long plastic tube on the end of the pipe extends into the water. Once the tank hatch is opened, the water with the trout gushes through the sluice into the lake.

The process was repeated Monday when the final 7,000 pounds of trout were delivered before the fishing season, which opens at Mammoth Pool on June 15.

“Mammoth Pool is a really popular location for fishing,” he said. “A lot of folks are already calling to find out when they can put their boats in the water.” 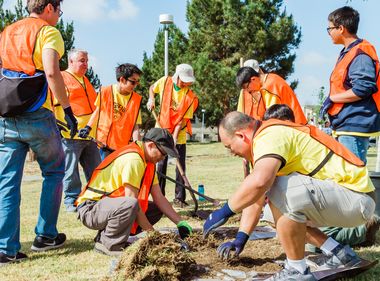 All Photos: Maria Hedrick A group of volunteers recently gathered on a sunny day in Lynwood, all with the same mission: to help beautify and improve the local environment by...
View Story 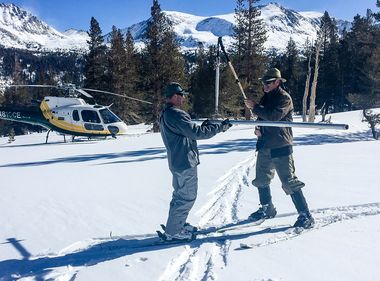 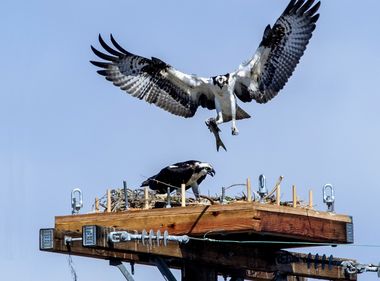 Chris Epting, a Huntington Beach writer and photographer, likes to visit the area around Sunset Aquatic Marina to look at the wetlands and photograph the birds. But on one recent...
View Story
View Comments
Leave a Comment
Comments