SCE will be sending a record number of teams to Kansas where the best in the world will compete.
By Caroline Aoyagi-Stom @SCE_CarolineA
Subscribe

Marcel Guerrero, 32, an apprentice with Southern California Edison, has never seen a wildfire burn as intensely as the recent Blue Cut Fire in San Bernardino County. For three weeks, he and his fellow linemen worked 16-hour shifts to help safely restore power and rebuild infrastructure.

In total, Guerrero and his fellow crewmembers replaced 559 poles, 98 transformers and restrung 277,000 feet of wire. And now he will join the SCE team that will showcase some of these same skills at the 33rd Annual International Lineman’s Rodeo in Kansas, Oct. 12-15.

“This will be my first rodeo,” he said. “I’m really looking forward to the experience.”

Guerrero started as a meter reader and has now been with the company for 10 years. He spent four years as a groundman and was selected for SCE’s apprenticeship in 2014. He will graduate to a lineman in 2017. 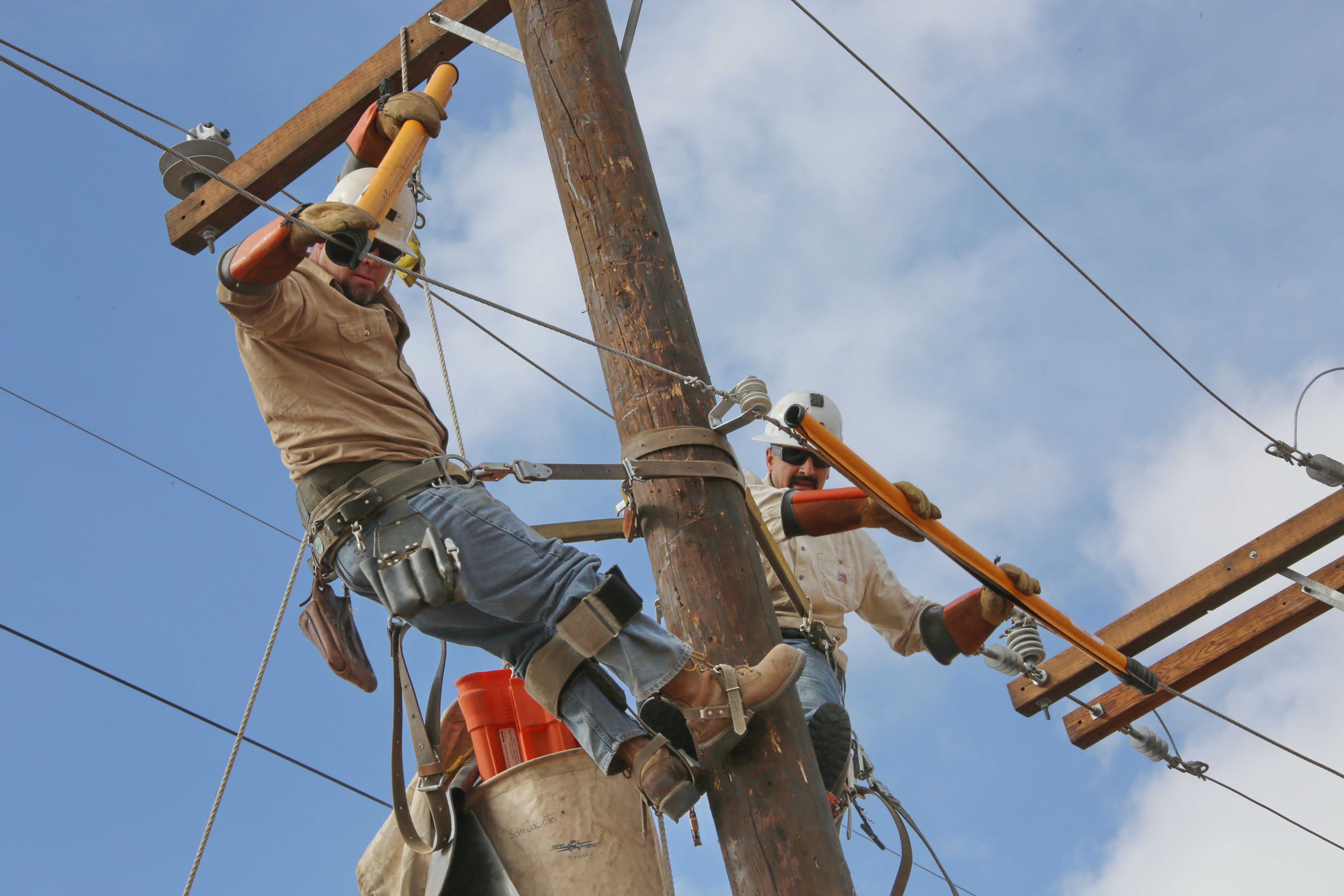 He will soon compete at the international rodeo with apprentices representing utilities from several countries, including the U.S., Canada and England. Apprentices will compete as individuals while journeyman lineman compete together on three-person teams.

And although the rodeo competition is rigorous, these lineman and apprentices have the same thing in common: they love their work.

“I really like the work and want to be up in the air,” said Guerrero.

“Being up there, up high. We are doing something no one else does,” said Jacob Lybbert, 32, an SCE lineman for the past 10 years.

Lybbert is part of the oft-winning rodeo team that includes fellow linemen Wil Robinson and Ramon Garcia. The trio has placed first in several local rodeos and took home the top prize in the Mystery Event at last year’s International Lineman’s Rodeo. This will be the team’s fourth year competing together at the Kansas competition.

And this year, they’ve got their eyes set on taking home the top team prize.

“We have the same competitive drive,” said Garcia, of the team’s past successes. “We spend a lot of our own time working together. We push 100 percent. And our goal is to finish first overall.” 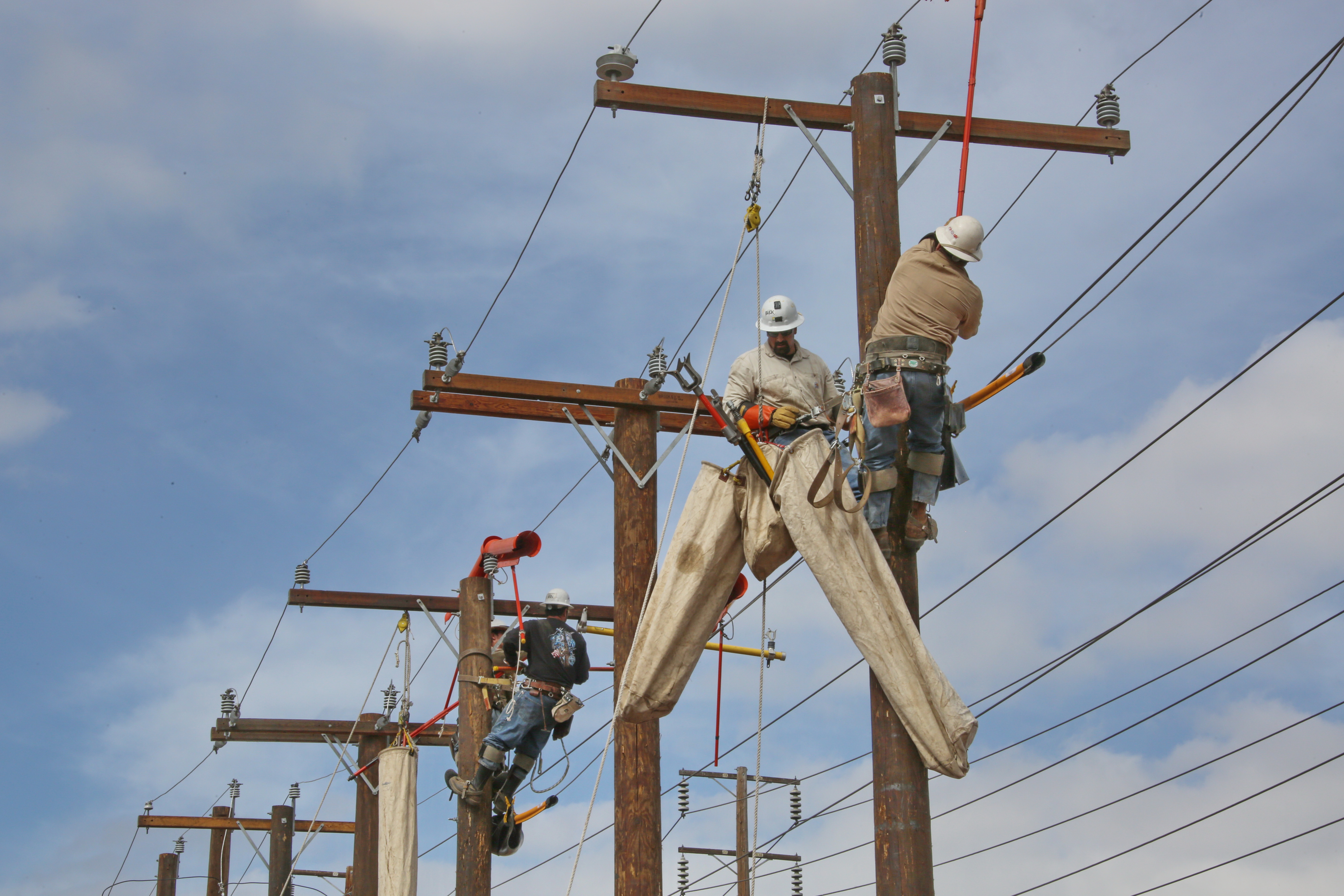 Started in 1984, the International Lineman’s Rodeo will bring together more than 200 teams from around the world. The events include the Pole Climb, Hurtman Rescue and Mystery Event. The event also includes a safety and training conference.

And like many athletes, the competitors have their own superstitions. Lybbert, Robinson and Garcia wear the same sticker on their helmets and chuckle about a superstition that involves them wearing the same orange “chones”, or undergarments, during the competition.

But all are there to represent their utility.

“We are proud to represent Southern California Edison,” said Garcia.

“Our SCE linemen are some of the best in the world. While competition is always high, our apprentices and linemen have been on the awards podium many times in Kansas City,” said Gary Shockley, SCE principal manager, North Coast Region. “This is an opportunity to demonstrate the pride that these craftsman have in doing a very unique job that provides a critical service to society. They do it safely and we are very proud of how they represent SCE and IBEW Local 47.”