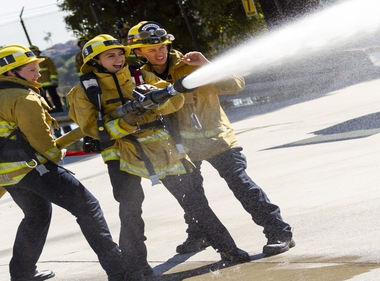 The best leaders are often those who develop from within an organization. Through experience, training and holistic understanding, they can lead with organic authenticity. The Los Angeles County Fire Department has successfully used this strategy ...
View Story 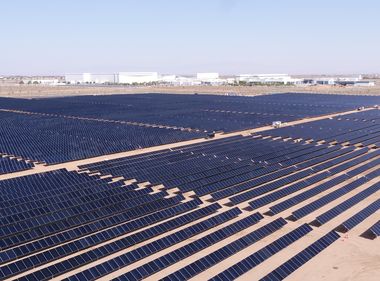 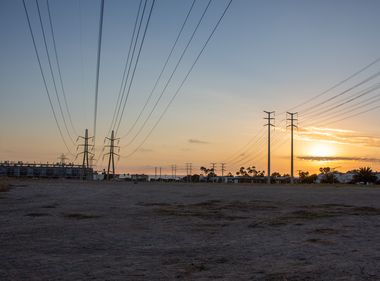 As Redondo Beach Mayor Bill Brand surveys his city's otherwise pristine oceanfront landscape, he can't help but notice an unmistakable scar that has bothered the former airline crew chief since before he was elected to public office in 2009. ...
View Story
Subscribe
Jun Wen, a Southern California Edison senior advisor in Grid Strategy, has been part of several teams working to prepare the grid for rapid electrification.

The best leaders are often those who develop from within an organization. Through experience, training and holistic understanding, they can lead with organic authenticity. The Los Angeles County Fire Department has successfully used this strategy ...
View Story

As Redondo Beach Mayor Bill Brand surveys his city's otherwise pristine oceanfront landscape, he can't help but notice an unmistakable scar that has bothered the former airline crew chief since before he was elected to public office in 2009. ...
View Story
View Comments
Leave a Comment
Stories : People
Download Photos Download All

Perhaps the biggest challenge along Southern California Edison’s path to a clean energy future is making sure the electric grid is ready to handle the rapid electrification of transportation, buildings and other sectors of the economy. Jun Wen, an SCE Grid Strategy senior advisor, is part of a group working to proactively prepare the grid for a high electrification future.

“California is leading the way on electrification. I am involved in preparing the grid to expand its capacity to meet the increased demand for electric power and doing so in the most cost-effective way,” she said. Wen has been part of several SCE teams working toward the goal of reducing the company’s carbon emissions to “net-zero.”

“Jun was involved in a team that was for the first time trying to describe how technologies can change the role of the utility in the clean energy space,” said Erik Takayesu, SCE senior vice president of Asset Strategy and Planning.

Wen has a doctorate in electrical engineering and power electronics from UC Irvine, as well as master’s and bachelor’s degrees from Tsinghua University in China. Throughout her nearly 15-year career at SCE, she has worked on teams dominated by men. Now that may be changing industrywide.

Wen was recently nominated by SCE and ultimately chosen to be part of a prestigious global team of female energy industry professionals dedicated to advancing efforts to decarbonize electric power worldwide and empowering women in the industry through mentorship and leadership experiences. It’s sponsored by CIGRE, the French acronym for the International Council on Large Electric Systems based in Paris.

“I think one of the reasons I was fortunate enough to be selected was SCE’s reputation as a clear leader in the clean energy space. Climate change is a global issue, and I really want to share the things we are doing with representatives from the other 15 countries that are participating,” Wen said. “I’m very excited to help bring other women leaders along.”

“These women are putting their heads together to understand the hurdles we face today and provide recommendations to overcome them tomorrow,” said Mandy Olson, engineering director of electric transmission and distribution at Burns & McDonnell and a member of CIGRE. “We all know our world is changing rapidly. Even with all hands on deck, we have our work cut out for us to transition to a cleaner grid while maintaining reliability and accommodating increased demand.”

“The goal for SCE here is to help bring together best practices from around the globe,” Takayesu said. “It is very relevant to what we’re trying to do as a company.”

Wen says her most significant takeaway from working with CIGRE’s Women in Energy group is “the urgency of the climate change issues shared by all countries. We have seen extreme heat, drought and flooding in California, the U.S. and around the world. It made me really appreciate the statement from our recent Climate Adaptation Vulnerability Assessment that “the cost to invest in climate adaptation now is far less than the cost of inaction.”

Concrete actions planned by the CIGRE Women in Energy group include producing a series of articles on climate change, the first focusing on cyclones, floods and landslides targeted for publication next month, and the second on wildfires and extreme heat.