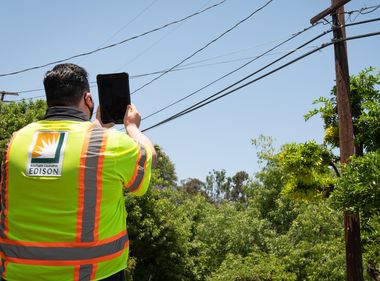 These days, Michael Monteiro and his crew of Southern California Edison electrical system inspectors start their day between 5-6 a.m. Morning team meetings at the yard have now moved to trucks, where the team communicates and receives work assignments digitally to maintain social distancing. ...
View Story 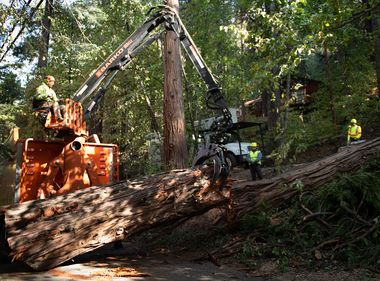 The sprawling Inyo National Forest, covering about 2 million acres in the Eastern Sierra near Mammoth Lakes, is known for its natural beauty and wilderness recreation. ...
View Story 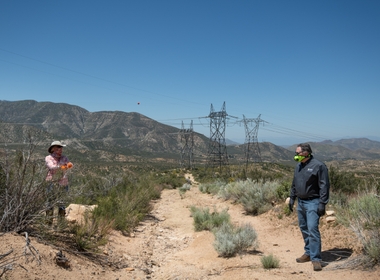 These days, Michael Monteiro and his crew of Southern California Edison electrical system inspectors start their day between 5-6 a.m. Morning team meetings at the yard have now moved to trucks, where the team communicates and receives work assignments digitally to maintain social distancing. ...
View Story

The sprawling Inyo National Forest, covering about 2 million acres in the Eastern Sierra near Mammoth Lakes, is known for its natural beauty and wilderness recreation. ...
View Story

Despite the recent rainstorms, Tom Rolinski is preparing for an active wildfire season. He is testing state-of-the-art technology to determine the wildfire threat in high fire risk areas with an unprecedented level of accuracy. ...
View Story
View Comments
Leave a Comment
Stories : Safety
Download Photos Download Video Download All

Kevin Ruble, an industrial engineer at Southern California Edison, spends his workdays using machine learning and artificial intelligence to help reduce wildfire risk for customers, including the use of GIS technology to precisely map out the location of electrical equipment.

But as California’s predictable wildfire season arrives, Ruble is also a part of SCE’s wildfire emergency response as a team lead for the Community Crew Vehicles that may be deployed during Public Safety Power Shutoff events to support affected areas in SCE’s service territory.

“My motivation at work is to improve people’s lives. Being able to help customers, the end users, helps me add value to the work I do at Edison,” said Ruble, 29, a former SCE intern who has worked at the utility for five years.

Since the Community Crew Vehicles began deploying during last year’s wildfire season, Ruble has been activated to various affected communities half a dozen times. His latest deployment was to Bishop at the Tri-County Fairgrounds in late May when high heat and strong winds created dangerous wildfire conditions.

With social distancing in mind, Ruble led one of two teams of five employees at a drive-through and walk-up to help answer questions from the local community. Although power was ultimately not turned off, residents received resiliency kits that included a pre-charged solar-powered charger, flashlight/LED lightbulb, personal protective equipment, ice, bulk water, snacks and PSPS pamphlets.

As an engineer, he is able to answer most of the technical questions from customers. His co-workers at the site, including an energy advisor, help customers sign up for PSPS alerts and answer customer program or account questions.

“Most customers just want to be heard. We let them express their concerns and then explain the work SCE is doing to protect the community and reduce the number of affected customers,” said Ruble, noting that most customers want to know why their power is out and when it will be restored. “We try our best to understand the situation from the customers’ perspective.”

The Community Crew Vehicles are one part of SCE’s emergency response when a PSPS is called. The utility may also set up Community Resource Centers in affected areas in partnership with local officials, Independent Living Centers, nonprofits and various businesses. Similar to the vehicles, the centers are also staffed to help answer outage questions and offer various amenities, including pre-charged solar-powered chargers, flashlight/LED lightbulbs, personal protective equipment, access to restrooms, ice, bulk water and snacks.

SCE has identified about 40 centers that could be activated during a PSPS in areas including Inyo, Kern, Tulare, Los Angeles, Orange, Ventura, Riverside, San Bernardino and Santa Barbara counties. The utility has about 50 employees on rotation to support the eight vehicles and centers with plans to train additional staff.

“The purpose of the Community Crew Vehicles and the Community Resource Centers is to provide customers with information and resources to manage the event and to reduce the impact of PSPS,” said Janice Wang, who helps oversee SCE’s resource centers. “When they see us, they can ask their questions.”

When there is an active wildfire and SCE crews are deployed, the utility may also send its Mobile Command Center, which is a fully functioning support center, including satellite, Wi-Fi, computer stations and rest area for its staff.

“From an emergency management perspective, being able to engage with a community during stressful times is a critical part of emergency response capabilities,” said Pedro Ruiz, who helps oversee SCE’s Community Crew Vehicles. “There is still work to be done for future activations, but the program has evolved.”

With the arrival of California’s wildfire season, SCE continues its wildfire mitigation efforts, including the installation of additional covered conductor, weather stations and wildfire cameras. These mitigation efforts will help lower the risk of wildfires and reduce the number of PSPS activations.

“We are implementing new technologies and improving grid resiliency,” said Ruble. “We are working to mitigate wildfire risk to our customers and lessen the impact of PSPS events.”