Edison Scholar Pursues Passion for Environment in Honor of His Dad 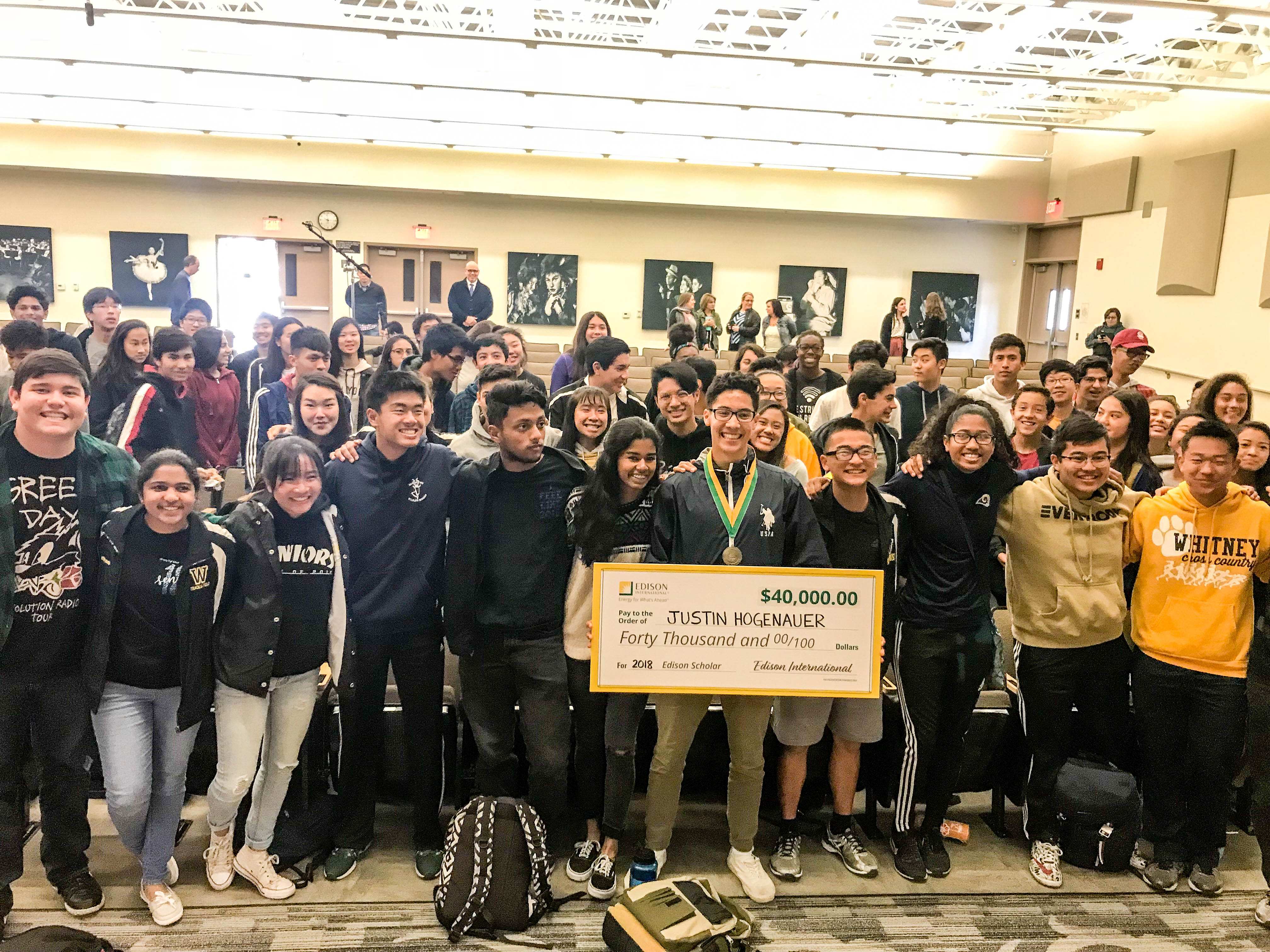 Edison Scholar Justin Hogenauer with his classmates from Whitney High School in Cerritos.

By the time Justin Hogenauer was 11 years old, he had already visited all 50 states with his dad, Alan, with whom he shared a passion for traveling, largely in their family car with the license plate “Allofem.”

Alan is recognized by the Guinness World Records as the first person to visit all U.S. national parks and Justin, a Junior Ranger, has himself visited more than 100 of them. Sadly, Alan passed away in 2013 and Justin, now 17, has continued their shared love of traveling. Seeing the beauty of America’s parks has also influenced Justin’s future career choice: environmental studies.

“My dad loved nature and as a kid I visited our national parks. I want to preserve our natural resources for future generations,” said the senior at Whitney High School in Cerritos.

Helping to make his dream career a reality is Edison International, the parent company of Southern California Edison. In a surprise announcement this week in the school’s theater in front of classmates and teachers, Justin was named one of 30 Edison Scholars and presented with a check for $40,000 from shareholder funds.

Justin is very passionate about sustainability, which is a big focus for our company as well.

“Justin is very passionate about sustainability, which is a big focus for our company as well. We have a very clear vision of the sustainable path for the state of California and we are leading the way. And we hope students like Justin will help us get there,” said SCE CEO Kevin Payne as he presented a medal and large check to the scholar and track and field star.

“Students today are focused on wanting to make a difference and do something meaningful. Justin is a great example of that. And if we are lucky, maybe he’ll come work for us one day,” Payne said.

Amid loud cheers and the occasional “Go Hoggie!” Justin was joined on stage by his mother, Srivara, who held back tears as she hugged her son.

“I’m very grateful, especially for the help with the costs [for college],” she said. “I’m not working right now and [Justin’s] dad recently passed away.”

In addition to traveling the country, Justin has taken part in various student conservation programs. This past summer, he visited South Africa to learn about the conservation of endangered white rhinos. Two years ago, he spent the summer in eastern Pennsylvania learning about ways to conserve the environment.

It’s a passion Justin has brought home and to his school. For his mother’s birthday this past January, he built a sustainable, drought-resistant garden in their backyard. At his school, he has now built two sustainable gardens, filled with plants and flowers that need very little water.

It’s a legacy he is continuing in honor of his father and Justin hopes his dad would be proud of what he has accomplished.

“I really hope my dad is proud of me,” he said. “I want to continue his legacy.”

Since 2006, Edison International has awarded $8.7 million through the Edison Scholars program to 610 students pursuing STEM (science, technology, engineering or math) in college. The $40,000 scholarships are awarded to students living in SCE’s service territory who have a minimum GPA of 3.0 and demonstrate financial need.

“I wasn’t surprised. He is just THAT kid,” she said. “He truly cares about the whole world around him.”

So far, Justin has been accepted to a few colleges, including the University of California, Davis and Loyola Marymount University, where his father was a professor for many years. Now, with the Edison Scholars award, he has a big decision to make.

“This money will be really important for me and my mom,” he said. 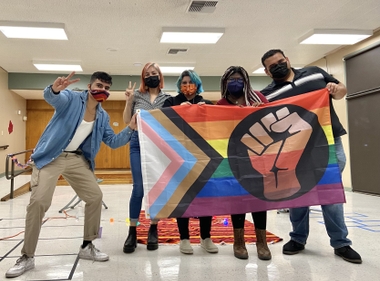