Climate change is real, and we are feeling its effects in California in the form of record-breaking wildfires, which highlights the urgency of reducing greenhouse gas emissions by converting the economy to clean energy.

“The importance of today’s topic cannot be overstated: That’s climate change, its impacts, and the existential challenge we face around the world, especially here in California — and what we can do together to make a difference,” he said.

Pizarro acknowledged that climate change remains a topic of political debate, “but in California, it’s not just a scientific or political issue. It’s something we are living with already, most dramatically and tragically in the form of wildfires.”

Pizarro noted that, as of the day he was speaking, Aug. 24, more than 100 large fires were burning in the Western states, and more than 6 million acres have burned nationwide this year, an area larger than New Hampshire.

The Mendocino Complex Fire in Northern California is the largest in the state’s history at more than 400,000 acres. California fires so far this year have collectively damaged or destroyed more than 2,000 structures and consumed more than 850,000 acres.

Last year’s wildfires in California released as much carbon dioxide into the atmosphere as the entire electric power sector.

“That’s a huge setback to our state’s carbon reduction goals. It makes it even more crucial that we move forward, and quickly, to convert our economy to clean energy,” said Pizarro.

“I don’t want to sound alarmist, but let’s be realistic: We are past the point of debate. It’s time to take real action to deal with climate change and its devastating effects.”

As an example of this effort, Pizarro explained SCE’s Clean Power and Electrification Pathway to 2030, a pathway designed to help California reach its ambitious goal to reduce greenhouse gas emissions by 40 percent from 1990 levels by 2030.

A more immediate concern than GHG goals for 2030 is preparing California to prevent future wildfires and minimizing the damage from those that do break out. Pizarro explained SCE’s efforts, which include:

Finally, Pizarro said, “there remains an elephant in this room that can’t be ignored. That is figuring out how the costs of wildfires are shared across many different entities, including insurers, state and local governments, and yes, utilities.”

He explained that under existing California rules — unlike in just about every other state — when high winds knock trees into power lines or down poles, sparking wildfires, the financial responsibility for the fires is focused almost exclusively on the utilities.

“Now let me be very clear: If a company failed to properly maintain or operate its system, it should bear proportionate responsibility for its role in the fire,” he said. “But the way it works now, in cases where a utility properly maintains and operates its system, it can be forced to pay for all of the property damage if its equipment ignites a fire.”

Pizarro noted that financially healthy electric utilities are essential to California, the world’s fifth-largest economy — providing reliable power to tens of millions of people and businesses and employing tens of thousands of people.

“Creating a new approach to sharing wildfire risk is going to require input from many parties — builders, insurers, regulators, lawmakers, utilities, firefighters and more. We need the state to be the glue that brings these resources together,” he said.

After the Town Hall speech, a legislative committee on Aug. 28 advanced a bill to address some of the wildfire issues. In a statement, Pizarro said, “Wildfire policy is a complex topic and we appreciate the committee’s attention to this critical issue. While the bill includes some constructive elements, further work is required to adequately reform policies on how the state addresses wildfire prevention, response and liability that are essential to protecting Californians in the future.” 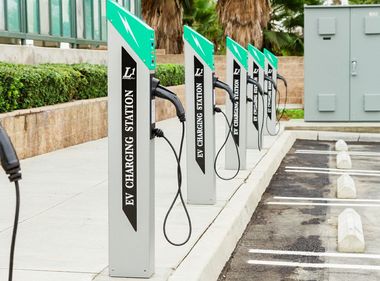 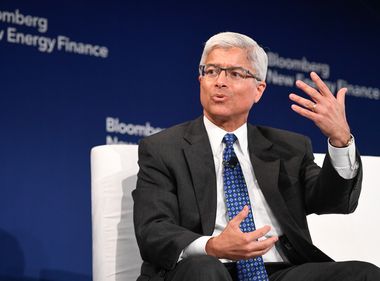 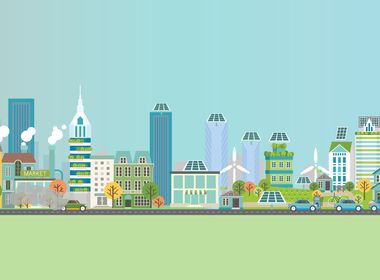 Imagine a California just over a decade from now. It’s the year 2030 and more than 7 million electric cars are traversing along busy freeways and crowded streets. Most of your...
View Story
View Comments
Leave a Comment
Comments