City of STEM Science Festival Kicks Off Month of Activities

SCE is among dozens of groups that participated with science, technology, engineering and math exhibits at the Columbia Memorial Space Center.
Download Photos Download All

If anyone thinks science is boring, they weren’t at Saturday’s annual City of STEM Science Festival at the Columbia Memorial Space Center.

The family-friendly festival celebrated the pursuit of science, technology, engineering and mathematics.

Thousands of people attended the event in Downey where visitors got to do everything from operating robots to using virtual reality headsets to experience life on Mars or sitting in the Apollo Command Module.

Bill Nye the Science Guy, who has introduced thousands of television viewers to science, was the guest speaker.

“The best is yet ahead for us,” he told the crowd. “STEM is how we all got here. I’m an engineer, I use science to solve problems, but we want everyone in the world to understand."

Edison International helped sponsor the event and had an exhibit that showed many of the clean energy projects being done by its subsidiary Southern California Edison. Edison International gave a $25,000 grant to the Columbia Memorial Space Museum, including $5,000 for City of STEM and $20,000 to support training and resources for science teachers and informal educators.

The annual festival marked the beginning of a month-long series of science-themed activities throughout Southern California.
Tags: City of Stem, STEM 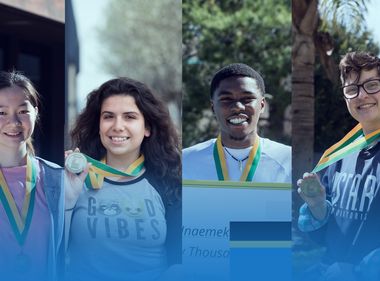 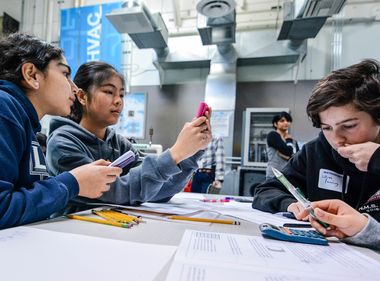 Kevin Wood loves math and it’s a love she shares with her family. Both she and her husband are mechanical engineers and all three of their adult daughters have STEM (science, ...
View Story 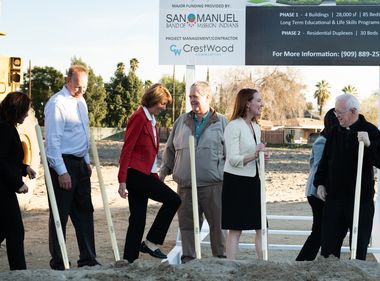 There are many reasons to applaud a new housing complex in San Bernardino that is going to be all-electric and zero-net energy. For Mary’s Village, which will provide ...
View Story
View Comments
Leave a Comment