SCE sees the need for 75% of all vehicles in the state to be electric by 2045 to meet California's goal to become carbon neutral.
Stories : The Grid

Can Your Electric Car Be Used to Help Power the Grid?

An SCE demonstration project explores whether EV batteries are a viable resource to help power the electrical system.

There are more than 200,000 electric vehicles in Southern California Edison’s service area and about 700,000 in the entire state. The newest of these cars have batteries that can hold up to 100 kilowatt-hours of electricity — or enough to power an average California household for nearly a week.

For California to meet its goal to become carbon neutral by 2045, SCE sees the need for 75% of all vehicles in the state to be electric by then.

“With all this potential for stored energy to be connected to the electrical system at some point during the day, either at home or in parking lot charging stations, it’s worth considering whether EV batteries could be a viable source of power for the energy grid,” said Carter Prescott, principal manager of operations for SCE’s eMobility team.

Earlier this year, SCE launched a number of demonstration projects, including one that explores vehicle-to-grid, or V2G, two-way technology that allows EV batteries both to charge and to discharge power onto the grid while they are plugged in, the same way stationary batteries do.

With all this potential for stored energy to be connected to the electrical system at some point during the day, either at home or in parking lot charging stations, it’s worth considering whether EV batteries could be a viable source of power for the energy grid."

“V2G has the potential to make EV owners energy producers, much like our rooftop solar customers who sell power back to the grid,” said Juan Castaneda, SCE principal manager of Grid Technology Innovation. “But the technology to make that happen is in the developmental stages, and we still have many hurdles to overcome before we’ll be able to tap energy stored in EV batteries as a safe, reliable and efficient resource.”

The demonstration project will attempt to validate whether V2G could actually result in a reduction of customers’ electric bills in exchange for energy they supply from their EV batteries when they are connected to the grid. It will also examine standardization of equipment that would be necessary to make those connections possible.

The project will be conducted using a mix of passenger EVs both at workplace charging sites and under laboratory conditions, as well as electric school and transit buses. The project is being funded through SCE’s administration of the Electric Program Investment Charge, or EPIC, which manages an annual budget of $13 million for demonstrations to further grid advancements that will help meet the state’s energy and climate goals. 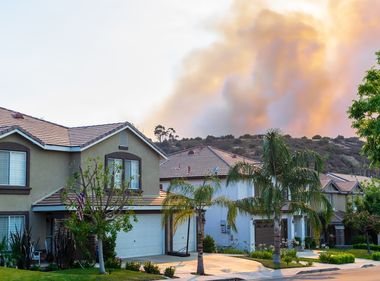 During California’s stay-at-home order in response to the COVID-19 emergency, many things have changed. One thing hasn’t: the need for critical work to prepare for the threat of wildfires. ...
View Story 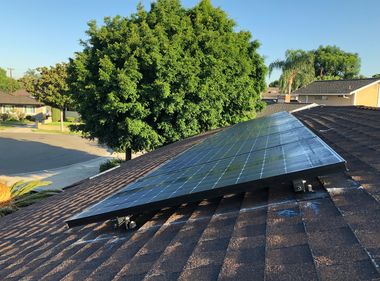 Installing Solar? Here’s How You Can Save Money

According to a recent report from the Pew Research Center, a nonpartisan think tank, 54% of West Coast homeowners are considering putting solar panels on their rooftops.For ...
View Story
View Comments
Leave a Comment
Comments