The all-girls Marlbots team members celebrate after passing a robot inspection at the competition.
The Marlbots get ready to compete at the FIRST Western Regionals robotics competition.
SCE engineer Ana Hafiz prepared tools at the robot doctor station where teams went to fix last-minute issues with their robots.
Seventy-two teams from across the western U.S. competed in the Oakland robotics competition.

The Marlbots, an all-girls team from Marlborough High School in Los Angeles, competed against 72 teams from across the western U.S. For the Marlbots, competing in Oakland was more than just a robotics competition. They hoped to inspire girls to participate in STEM (science, technology, engineering or math) by sharing their love of robotics and 3-D printing.

Edison International supported the FIRST robotics competition with a contribution of $50,000 to help build awareness of the rewarding STEM careers available in the electric power industry.

Ana Hafiz, a Southern California Edison engineer, was on-hand to assist each team at a robot doctor station when they ran into problems. She participated as a featured speaker during the opening ceremonies.

Although the Marlbots were unable to advance to the world championship this April, the Charging Champions — a team from Irvine that received a $5,000 team grant from Edison International — narrowly beat out the competition and moved on. 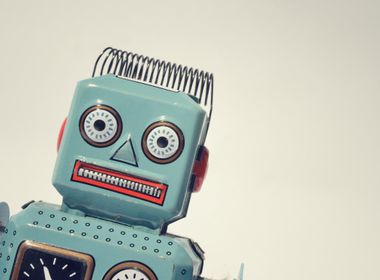 Southern California Edison is celebrating Engineers Week, a nationwide event Feb. 21-27 highlighting how engineers are making a difference in today’s world and the need for more...
View Story

When Oscar Menjivar returned to his hometown of Watts after college, the friends he had grown up with were either incarcerated or not doing much with their lives. Menjivar was one of the lucky ones. A high school coach had encouraged his interest in...
View Story
View Comments
Leave a Comment
Comments