Cari Hart-Bunevith remembers Monkey Business Café's early years when the Fullerton restaurant’s “kitchen” consisted of a microwave oven, a blender to make smoothies and two sandwich offerings — turkey or the Nutty Monkey, a combination of peanut butter, bananas and honey.

It was bare bones but served its purpose to provide a training ground for the teenage boys Hart-Bunevith oversaw at her Hart Community Homes foster homes in Orange. She believed that working at a restaurant would give them job skills to fall back on when they had to leave foster care at 18, the legal age of emancipation.

But the nonprofit’s mission remains the same: to provide job training to foster teens and at-risk youth so they can become self-sufficient young adults.

Ian Layman and Jesse Flores were both Hart Community Homes foster kids who ended up at Monkey Business.

The restaurant didn’t exist when Layman “aged out” of foster care. Facing the adult world was daunting for him.

“In Orange County, you have people in their 30s who still live with their parents, but (foster kids) are half that age and on their own,” he said. “You have to grow up fast.”

Layman did a stint in the Navy, worked at some bars and went to audio engineering school, but something was missing.

He talked to Hart-Bunevith about Monkey Business and she invited him to join the staff. He now works the front of the house and is a mentor to the trainees.

Layman, now 32, said the job gives him the purpose he lacked in his other work, as he watches the trainees learn and grow in self-confidence.

“It’s a very productive way to give back to the community,” he said.

Flores was one of the first Monkey Business trainees back in the microwave-blender days. He left for community college, but dropped out when he couldn’t afford school and rent. After a series of jobs in retail and construction project management, he found himself back at Monkey Business.

He teaches the trainees everything from breaking down boxes, to cooking, inventory control and customer service. More than anything, he said he can show them by his example that even with setbacks, they can succeed.

“I see myself in them,” he said. “I know what it means to be neglected.”

Hart-Bunevith’s nonprofit raises $120,000 yearly to provide a salary and six months of training to about 40 young people. Edison International, parent company of Southern California Edison (SCE), has contributed financially to the program since 2011.

“Edison’s philosophy of giving is that all people should have opportunities to do well,” said Tammy Tumbling, SCE director of Philanthropy and Community Investment. “That is why we contribute to nonprofit organizations like Monkey Business Café that help meet the needs of underserved communities.” 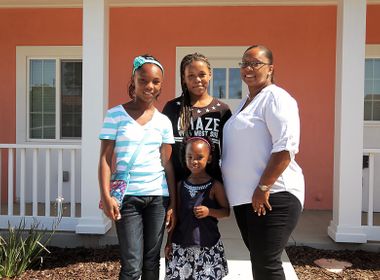 Nikki Payton knows dreams can come true. For years, she lived in substandard living conditions. Most recently, she shared a small, two-bedroom apartment with seven people. Payton works as a licensed vocational nurse where she helps children suffering...
View Story 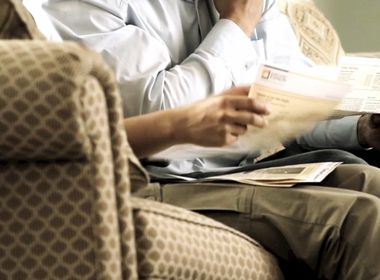 Nobody comes to see Verletta Rollins because things are going well. The director of the Santa Clarita Valley Service Center in Newhall, which provides education and social services to those in need, usually only hears from residents after they have...
View Story