He died last Wednesday while responding to a customer service call in Paramount.
By Mary Ann Milbourn
Subscribe

He could climb a utility pole like a cat. He cared about his craft, but most of all, he was devoted to his wife and son.

Those were just some of the memories expressed by Jacob Moon’s colleagues and co-workers at Southern California Edison after he died last Wednesday while responding to a customer’s service problem during a recent storm. 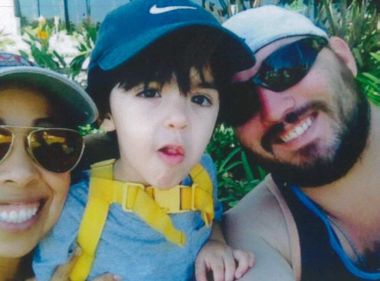 Moon, 26, left behind a wife, Eliana, and a 3-year-old son. The couple has a second child due any day.

“It is just a tragedy to lose someone so young,” said Vince Coburn, a Long Beach-based SCE troubleman who trained Moon as a troubleman, which act as SCE’s first responders to problems on the power grid. “He would ask questions to learn and better himself. He really cared about his craft and wanted to be good at it.”

But what struck Coburn most was Moon’s devotion to his family.

“He was so proud of this family,” Coburn recalled. “If there was anything with his son, like a doctor’s appointment, he was there for him.”

On Friday, SCE’s Long Beach district crews staged a caravan to the site of Wednesday’s incident in Paramount to pay their respects.

Moon went by many names. Although his formal name was Jeffrey Jacob Moon, his family called him Jacob. On the job he was known as “Moon,” but in his native Virginia, where he first became a lineman at Virginia Dominion Power, it was just “Jake.”

Stanley Steven Czajkowski, who was in Moon’s lineman training class in Virginia and later worked with him at Dominion, said Moon was the best lineman in his class, willing to do anything and totally dedicated to his profession and the International Brotherhood of Electrical Workers.

“He had linemen tattoos and IBEW tattoos and a tattoo of our graduating class number,” Czajkowski said by phone from his Virginia home. “He was really proud of what he did, loved doing it and was very good at it.”

When Moon’s former colleagues at Dominion heard the news, they were shocked, Czajkowski said.

“Out here we are all taking it pretty hard, too,” he said. “It’s like having a tragedy in the family.”

Moon’s co-workers and the IBEW Local 47 have established a GoFundMe page to support Moon’s family.

Edison International, parent company of SCE, will contribute $25,000 to the family. Separately, Edison also will match up to $25,000 in contributions made to the GoFundMe account through March 1.

The cause of Moon’s death is under investigation. SCE officials said they are working with authorities to better understand how the accident occurred.

Details on services for Moon have not been finalized. 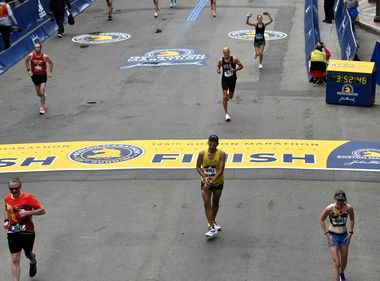 As Phil Shin willed himself to ascend Heartbreak Hill, focusing on putting one foot in front of the other as he had for more than 20 miles, he could feel his body protest the nearly six miles left to reach October’s Boston Marathon finish line. ...
View Story 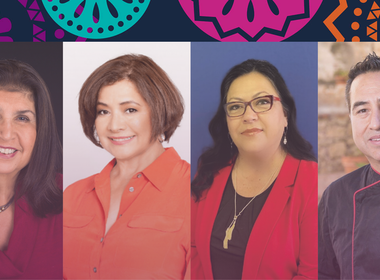 As the first and only Mexican-American student enrolled in her Omaha public school, Phyllis Barajas was asked by her first grade teacher, “What are you?” Phyllis quickly responded, “I’m Mexican and I’m proud,” as she was taught by her father. ...
View Story 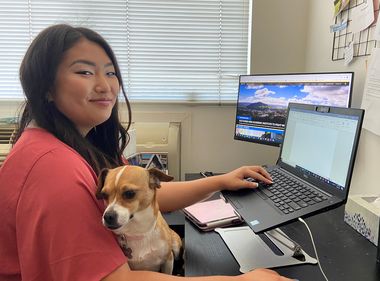 Katelyn Lee was expecting to be focused on public policy as an Edison International intern but didn’t realize she would become fascinated with the sustainable energy policies that could impact the community, the state and potentially the world. ...
View Story
View Comments
Leave a Comment
Comments