Katelyn Cheung, 7, of Covina, along with 74 of her Project Scientist classmates, knows exactly why she just got off a yellow school bus and is about to visit Southern California Edison headquarters in Rosemead.

“In STEM (science, technology, engineering or math) it’s the ‘E’. ‘E’ is for engineering and this is what we are going to learn about today,” she said.

And she’s right. As part of the nonprofit Project Scientist’s summer program, the girls, ages 4-12, met with SCE female engineers to learn about their jobs. They also learned how to build a solar oven and stopped by the company’s energy trading floor.

The visit is just one of many the girls will be making to companies throughout Southern California to see women in STEM careers. In addition to SCE, they have visited the Long Beach airport and will soon be visiting the Los Angeles Courthouse.

“It’s important to recognize that a STEM career is not just white lab coats,” said Kitty Cahalan, site director for the Project Scientist Academy at Caltech. “The girls will see engineers … what people look like. To see people doing all kinds of things.”

Founded in 2011, Project Scientist works to engage and empower girls with a passion and talent for STEM. Their summer academy brings like-minded girls together to encourage a STEM education and career.

The nonprofit is one of many STEM-focused groups funded by Edison International. Studies show that women make up only 25 percent of the current STEM-focused workforce. This despite 78 percent of girls showing an early interest in STEM.

“This is a place where girls can mesh and work together,” said Cahalan. “They can see their commonalities.”

SCE engineer Alexsandra Guerra, 26, has both environmental and mechanical engineering degrees. Today, she works in the company’s Advanced Technology department.

It was in a seventh-grade science class that she realized her future career. They were learning about tectonic plates and the earth’s movements and she says “it blew my mind.”

“My science teacher was a woman and she explained it really well,” she said. “I loved math, so why not engineering?”

Guerra spoke about her education and career, hoping to inspire the girls who have already shown an interest in STEM. With mostly male co-workers, she hopes to see more women in the science fields.

“I think it’s super important. Diversity of thought is what is going to drive our world,” she said.

Ilyana Flores, 6, of Duarte, smiled as she explained what she learned during the visit.

“I learned that a lot of people do things for us,” she said. “And there are different kinds of engineers.” 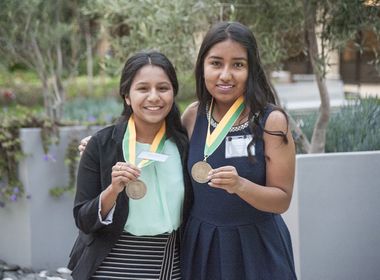 Esmeralda Osorio started referring to her house as “Hotel Osorio” after her mother fell on hard times and rented out two bedrooms to her brother’s family. That left the five in...
View Story 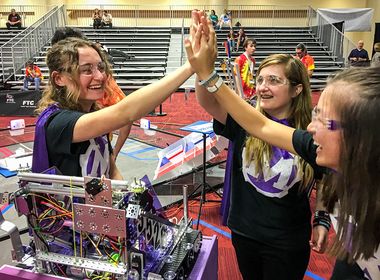 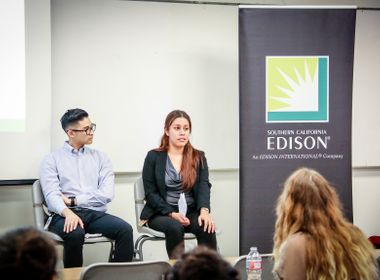 It was a warm spring day at California State University, Long Beach, but about 40 engineering students decided to forego the sunshine and their lunch hour for a windowless,...
View Story
View Comments
Leave a Comment