Who would’ve guessed that every kid’s face in the room would light up with excitement while learning about electrical safety at elementary schools across Central and Southern California?

It’s all thanks to Sparky the Wonderbug, who was about to buzz in for a performance of “A Bug’s Light!,” an interactive show designed to teach children important safety messages such as staying away from downed wires and to call 911.

In the show’s fifth performance year, stops will be made at 40 schools throughout Southern California through October, performed by actors from the National Theatre for Children and sponsored by Edison International, Southern California Edison’s parent company. The show has previously visited 99 schools and been seen by nearly 54,000 students.

“It’s important that we educate children and their families on the importance of electricity and how to be safe around it,” said Erik Escobar, a National Theatre for Children performer in the show. “The younger they begin learning, the more likely they will retain the concepts.”

In the show, Sparky, a local insect hero, is studying to pass an electrical safety test that will grant access to the “Electrical Safety Bug Brigade.” But there’s a problem — the evil Dragonfly is trying to put an end to electrical safety by luring bugs into the bug zapper.

Sparky needs help. Fortunately, after hearing Sparky talk about how electricity works and the dangers to keep in mind, such as keeping hair dryers away from water, the kids are ready to assist.

According to the Electrical Safety Foundation International, each day in the U.S. nearly seven children are treated in hospital emergency rooms for electrical shock or burn injuries caused by tampering with a wall outlet. And in 2007, more than 98,000 children ages 14 and under were treated for burn injuries, including injuries from curling irons and room heaters.

In 2015, Edison International provided $1 million in grants to help fund public safety and emergency preparedness programs. SCE employees also volunteered more than 168,000 hours across Southern California at a variety of events, including a partnership with the American Red Cross to install smoke detectors in underserved communities.

After defeating the Dragonfly, students went back to class to discuss the show with their teachers. They also took home activity books and homework assignments to share with their families.

“This is an excellent show about the dangers of electricity,” said John Hornung, a fifth grade teacher at Fremont Elementary in Montebello. “We need more shows like this in our schools.”

Teachers can find electrical safety activities, videos and games at e-Smart Kids, a resource made specifically for kids.

For more information about electrical safety, visit on.sce.com/staysafe or sce.e-smartonline.net. 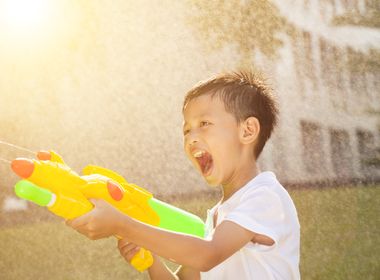 Electricity and Water: A Dangerous Combination

With summer kicking into high gear, it's important to keep safety in mind when enjoying outdoor activities. If you play with high-power water squirters, be sure to keep them away...
View Story 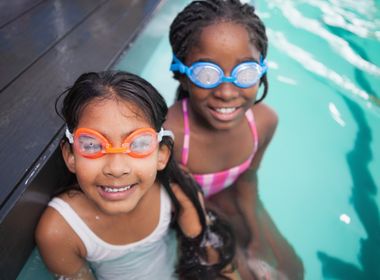 Translations: Korean | Chinese | Vietnamese | Vietnamese For many Southern Californians, swimming is the highlight of the summer. One of the best approaches to keeping it...
View Story 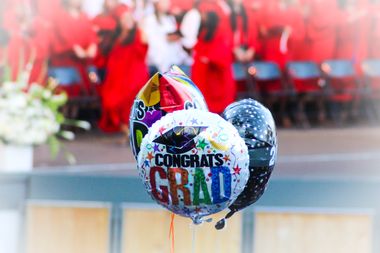 Did you know that outages caused by metallic balloons typically spike in June? Every year around the time of graduations and Father’s Day celebrations, shiny, metallic balloons...
View Story
View Comments
Leave a Comment
Comments