Unattended cooking accounts for one-third of home-cooking fires, but cooking equipment — at 47 percent — is the leading cause of all home fires, according to the National Fire Protection Association.
Turkey fryers are popular but dangerous and not certified as safe by Underwriters Laboratories, a leading independent safety organization.
Keep an eye on your stovetop cooking since 62 percent of home-cooking fires begin on ranges.
Damaged or worn appliance and extension cords should be discarded and never used because of the shock and fire danger they present.
Smoke alarms are crucial, with the National Fire Protection Association finding them to be more present and sounding in cooking fires (70 percent) than in overall home fires (53 percent).

Smart Cooking is the Recipe to a Safer Thanksgiving

Unattended stovetop cooking and turkey fryers loom as the greatest hazards, but worn appliance cords and overloaded outlets present fire and shock hazards to avoid as well.
By Paul Netter

There were eight home-cooking fires in Orange County last Thanksgiving.

Unfortunately, it fits a national trend that typically brings nearly four times as many reported home-cooking fires on Thanksgiving than a typical day, according to the National Fire Protection Association, and unattended stovetop cooking — especially frying — leads to one-third of them.

“Unattended cooking is a big issue, with about half of our [2016] fires caused by it,” said Kurtz, who has also experienced oven-turkey, grease-caused and deep-fryer fires. “It’s easy for people to get distracted on Thanksgiving, but never leave your stovetop cooking unattended and use a timer on oven cooking.”

Equally as important is that people have working smoke alarms and an emergency plan in the event of a fire.

“Have the proper fire extinguisher nearby or have a pan that can smother the fire out,” said Kurtz, whose agency will hold a holiday fire hazard demonstration Nov. 21 at Orange County Global Medical Center. “The sink and water is right there, but water is not going to put out a grease fire. It will make it worse. A fire extinguisher is a small investment for the potential of a very big payoff.”

Unattended cooking is a big issue, with about half of our [2016] fires caused by it.

Prevention also applies to other electrical hazards on a day when more than 80 percent of Americans are expected to eat turkey and cooking fires lead to an average of 10 fatalities, 50 injuries and $28 million in property damage.

For instance, damaged appliance and extension cords are leading cause of fires and electrical accidents too.

“Anything with frayed or worn cords should be replaced immediately,” said Andrew S. Martinez, vice president of Safety, Security and Business Resiliency at Southern California Edison. “They could potentially spark a fire and they no longer offer families protection from shock or serious injury.”

The shock and fire hazards don’t end there. SCE offers other tips on preparing that Thanksgiving feast safely:

And turkey fryers? Not only does the fire association discourage them, UL still refuses to certify turkey fryers.

If prevention fails, however, Kurtz cautions again to always be educated and prepared.

“You may get razzed a little bit by friends and family for having a fire extinguisher or pot lid nearby,” said Kurtz. “But you’re just being safe, and the Orange County Fire Authority is good with that.”

Shutting down scammers is Paula’s day job at Southern California Edison, so she does not want to divulge her identity. Each morning, she handles up to 100 customer calls reporting utility bill and meter scammers. ...
View Story 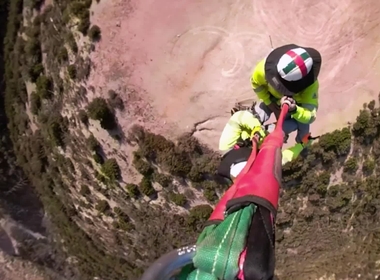 Sean Menasco’s day job includes being safely hoisted up and carried by a helicopter to the top of a transmission tower 300 feet high in remote desert and mountainous areas. He is supporting the new HALO (Helicopter Assisted Line Organization) team ...
View Story 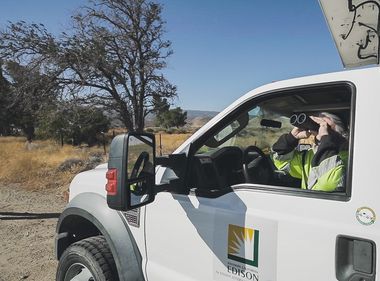 As strong Santa Ana winds made their way into the Southland, Southern California Edison shut off power to some customers in areas with a high risk for wildfires. This effort is part of the utility’s Public Safety Power Shutoff mitigation efforts. ...
View Story 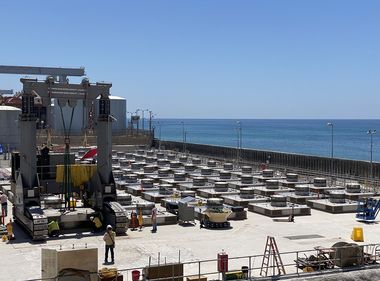