When Alfonso Maldonado’s phone rang one day in September, he was prepared for more disappointing news. It was a Southern California Edison recruiter calling to discuss his recent interview for a communications technician job. Maldonado’s pessimism was understandable. The U.S. Navy veteran had been searching for work for seven months and was collecting unemployment.

“The interview went all right, I think,” he recalls telling the recruiter. “She said, ‘It was more than all right because we’re calling to offer you the position!’”

Maldonado joined the Navy in 1986 and deployed to the flight deck of the aircraft carrier USS Carl Vinson. His job was to launch and recover aircraft. For some veterans, transferring skills like that to the private sector can be a challenge. 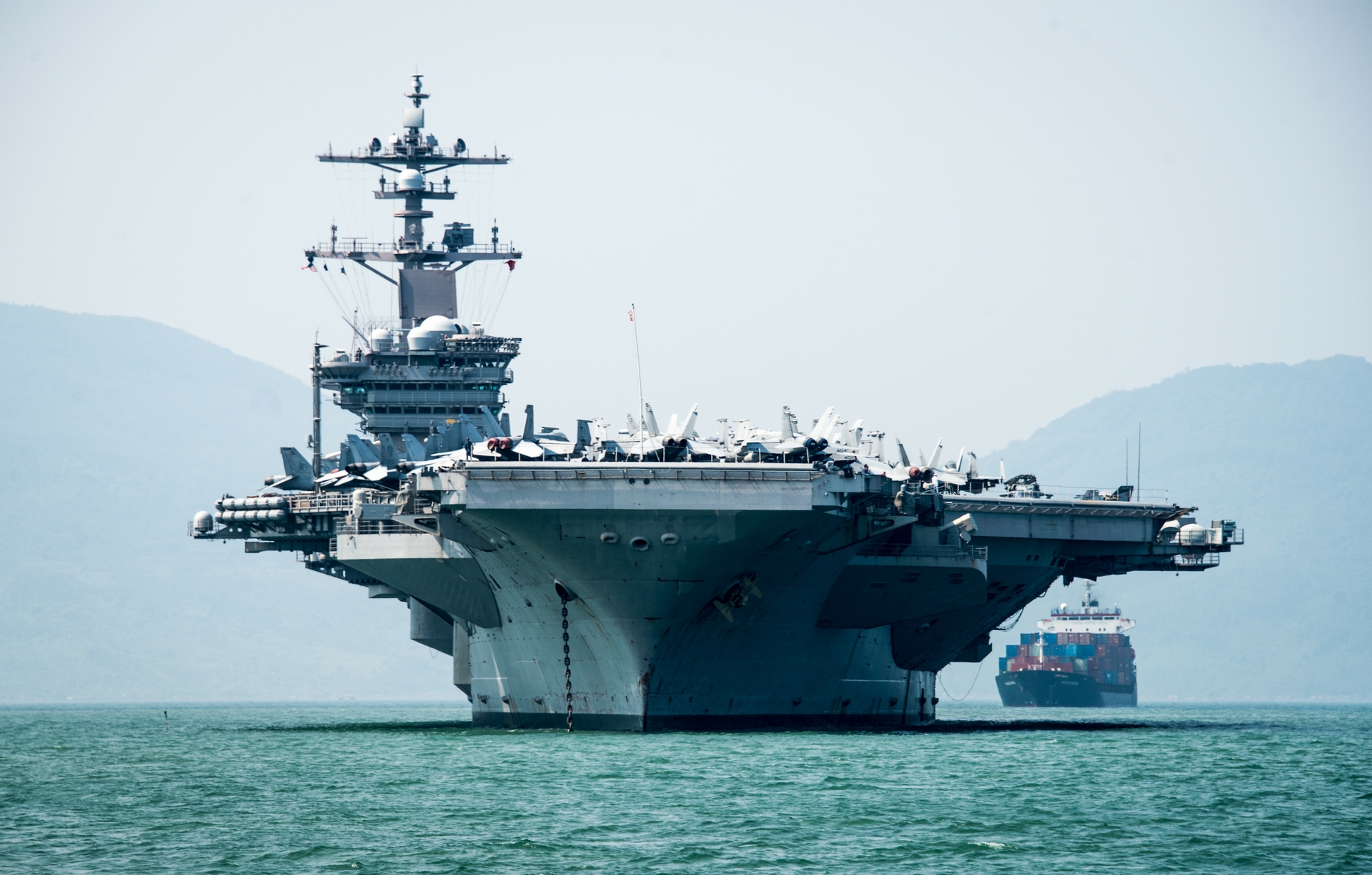 “There are many barriers to civilian employment for veterans,” said Shantae Conliffe, senior operations manager at JVS SoCal, a nonprofit founded 91 years ago originally to help immigrants find jobs that has since expanded to serve veterans and other hard-to-place job seekers. “They include not having the social network, understanding how to apply for civilian jobs and translating their military skill set into terminology employers can understand.”

JVS SoCal now stands for Jobs Vision Success and has been an Edison partner for almost a decade. It received $30,000 in grant funding from Edison International last year and connected Maldonado with the job opportunity, believing he would be a natural fit because of a shared value: commitment to service.

“When someone enters the military, they commit to serving our country. And Southern California Edison has shown that they are committed to providing excellent service,” Conliffe said. “SCE is a pillar in our community, and it’s always great to be part of something bigger. That resonates with someone who has served because they see the connection to the greater good.” 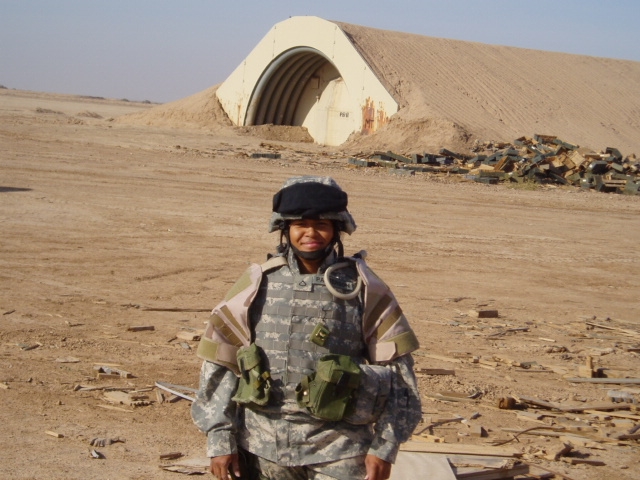 “Veterans have firsthand experience at what people and teams can achieve with trust,” said Samana Tinsley, an SCE senior administrative assistant in IT who served eight years in the U.S. Army, including a one-year deployment in Iraq. “When you’re part of an organization that puts self-interest aside and focuses on achieving an objective, it stays with you.”

Tinsley is president of SCE's VALOR business resource group, which works on behalf of active and non-active military employees and their families while assisting with liaison efforts between SCE and military communities.

Her predecessor as VALOR’s president was Jeffrey Rodriguez, an SCE senior manager in procurement who helps manage more than $1.3 billion in third-party spending. He’s a Navy veteran, serving two tours as a petty officer and military policeman aboard the USS Constellation aircraft carrier and is a post-9/11 veteran. 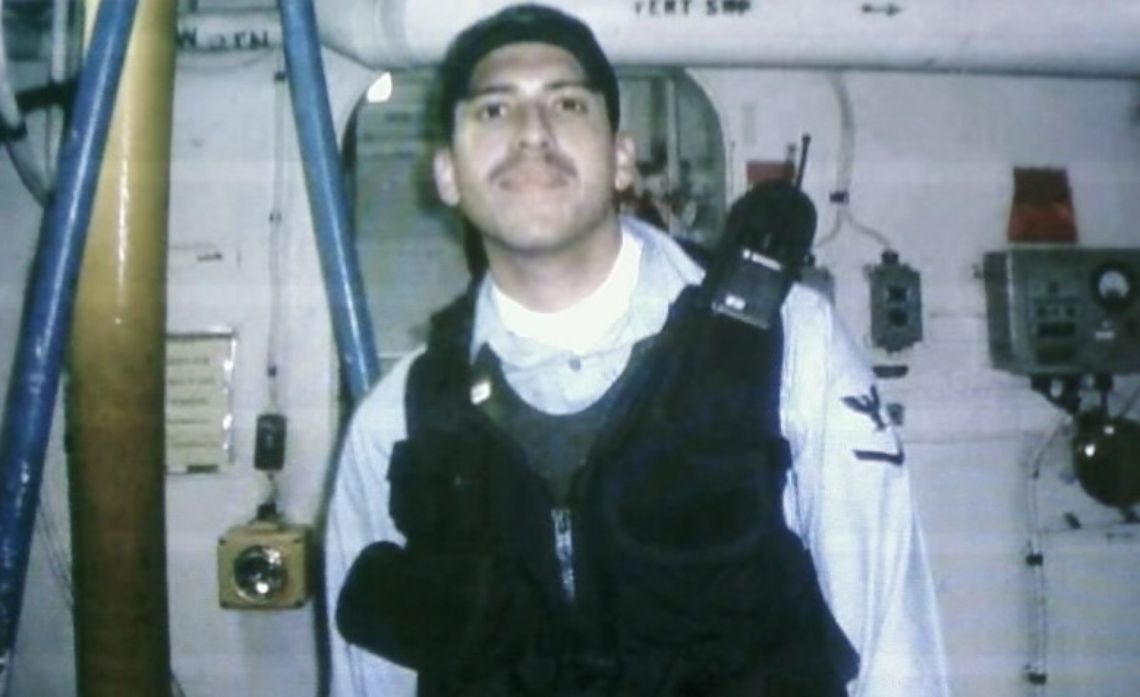 Jeffrey Rodriguez, an SCE senior manager in Purchasing, aboard the USS Constellation, where he served as a military police officer. PHOTO CREDIT: Courtesy of Jeffrey Rodriguez

“I learned the fundamentals of leadership, about the importance of great character and integrity, having a sense of service and humility,” Rodriguez said. “While I was in the military, I was trying to fight for democracy. Everything we do here at SCE is for the community and the customers we support.”

Self-identified veterans make up 4.1% of Edison International’s workforce. A key benefit of hiring veterans is their ability to further the company's diversity, equity and inclusion goals.

“The military is one of the most diverse organizations, and it continues to grow in helping us all understand how unity drives success,” said Eric Watson, SCE director of DEI. “The military’s goal to keep us all safe is clear. The ability to do that in a diverse environment is commendable.”

For veterans like Maldonado, whose first day of work at SCE was Oct. 17, there are adjustments to make from military to civilian employment. For example, leaders welcome feedback from employees at SCE. In the military, that’s often not the case.

Though an SCE veteran of less than a month, Maldonado is already proud of his employer. “Southern California Edison is a great company to work for, and it's not that easy to be hired here. It’s clear they honor veterans, and my experience as a veteran helped me get a foot in the door.” 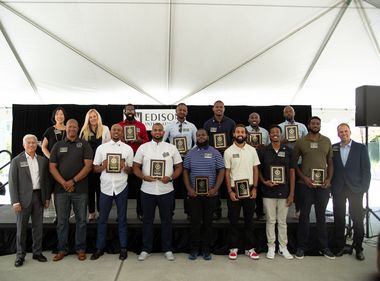 “For a long time, I didn’t believe I was capable of creating a rewarding career. Today that has changed,” said Nicole Taylor, the first woman to receive an Edison International Lineworker Scholarship. ...
View Story
View Comments
Leave a Comment
Comments