It’s a good thing Kendal Lake is a star runner because she does a lot of running.

She gets up at 5:30 a.m. and runs from her home in the Windsor Hills neighborhood of South Los Angeles to catch the school bus for the hour-long drive to Pacific Palisades Charter High School.

Then she runs from the bus to her classes. After school, she trains in the 100 and 200 meters and 4x100 and 4x400 relay track events. Then she runs back to catch the bus for the return ride. She’s lucky to be home by 7 p.m. when she starts her homework.

And all the while, she has maintained a 3.4 GPA.

Kendal’s hard work and commitment to excellence was recently rewarded when she was selected as one of this year’s 30 Edison Scholars.

During a surprise ceremony in her morning biology class, she was presented with an oversized check for a $40,000 college scholarship from Edison International, parent company of Southern California Edison. The money will be paid over four years.

“I think Edison is great,” said Kendal, as her parents, Karen and Jay, looked on. “This is so generous."

She said the money would allow her to attend Spelman College, a black women’s college in Atlanta, where she hopes to major in environmental sciences.

Kendal said the money would help her parents, who have had to invest time and expense helping her older sister, who has been in and out of hospitals receiving treatment for lupus.

Karen Lake beamed when she saw the $40,000 check, saying how amazed she was at her daughter’s hard work and commitment.

“I just want her to be all that she can be,” Kendal’s mother said.

Since 2006, Edison International has awarded $5.3 million in scholarships to 520 students. More than 930 high school seniors applied for this year’s scholarships.

To be eligible, students must have a GPA of at least 3.0, demonstrate financial need and live in or attend high school in SCE’s service area. They also must plan to attend a four-year college and major in electrical, environmental, mechanical, civil, computer or industrial engineering or computer sciences/information systems or environmental sciences.

Tammy Tumbling, SCE’s director of Philanthropy and Community Investment, said Kendal is a shining example of the kinds of students Edison wants to recognize and reward with its scholarships.

“We want students like Kendal to be able to pursue their dreams and take advantage of the opportunities they have earned,” Tumbling said. “These students majoring in STEM studies will become the professionals who will become the leaders of the 21st century workforce.” 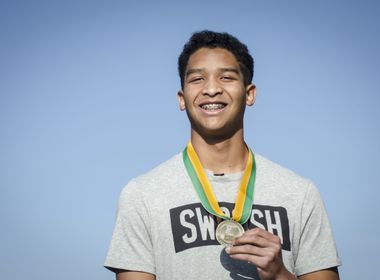 It was a typical morning in AP statistics class until Kelton Hardrict Jr., also known as KJ, was pulled out of class by his school counselor. KJ, a senior at Whitney High School...
View Story 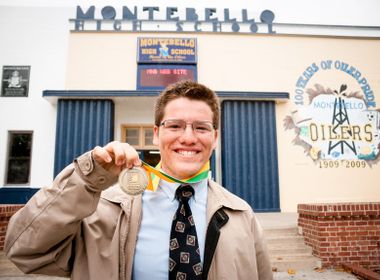 Ulysses Acero has known since eighth grade that he wanted to be a mechanical engineer. That was when a childhood friend died going downhill on a bicycle that had no brakes. Now a...
View Story 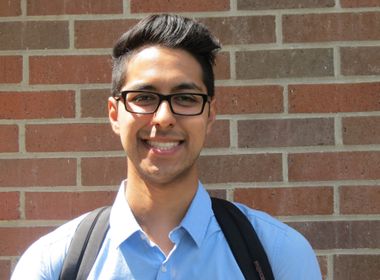 Juan Lopez may still be a student at the University of California, Irvine, but he’s already putting his future mechanical engineering degree to good use. He’s on a team to develop...
View Story
View Comments
Leave a Comment
Comments