About 10 p.m. on Dec. 4, the power at Jerry Gibbs’ Ventura home went out. Shortly after that, they lost water pressure on their well. Then, just before midnight, Gibbs received a text to immediately evacuate.

He and his wife didn’t see any imminent threat of fire in their area, so they assumed the evacuation order was just precautionary. They grabbed their two dogs, two pillows and their two cars to wait out the evacuation at their daughter’s house.

When the Gibbs returned several days later, their home of 20 years was in ashes, the devastation so complete that, even sifting with screens, they found nothing. But, like many Thomas Fire victims, Gibbs isn’t leaving.

“I’m going to rebuild,” said the former contractor during a recent open house in Ventura sponsored by Southern California Edison to help fire victims with the task of reconstruction. 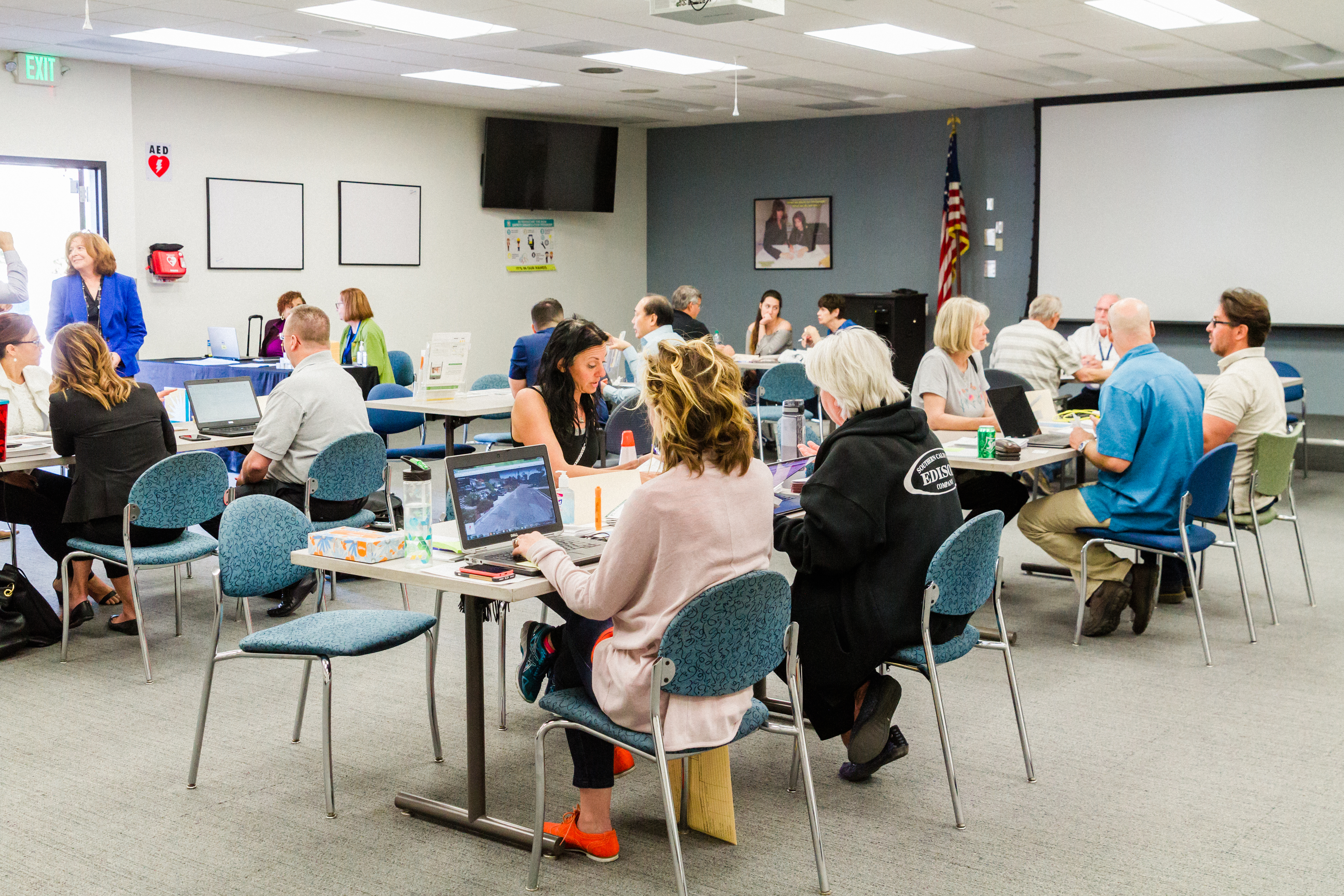 Gibbs is already working with an architect on plans and hired a contractor to build his new home. He said he was at SCE’s open house to get information on how to install temporary power and the process for rebuilding.

Kari Gardner, SCE senior manager for Consumer Affairs, said the company held the open house to help residents and businesses with those kinds of issues.

“There’s so much many people don’t know,” she said. “We wanted to have a one-stop shop with our planners and billing staff, county and city building representatives and companies that provide temporary power to provide information for the rebuilding process.”

Mike Richman, an anesthesiologist, took advantage of a day off to also ask the experts questions about rebuilding his home of 33 years.

“I got the information I needed to tell our contractor,” he said. “It’s a start.”

Nella Nelson happens to work for a contractor, who she has hired to rebuild her house in Ventura.

“It makes it easy,” she said, holding a sheaf of notes and SCE brochures she collected. “My full-time job now is literally rebuilding my house.”

One of Nelson’s stops was at SCE’s customer service table where Jim Miller talked to her about bill forgiveness, getting an application for service and other issues that typically might require several phone calls.

SCE’s Gardner said the company wants to help customers through this difficult time and will consider holding additional open houses if there is a community demand.