The mid-season death of a teammate and fellow troubleman inspired the team to win.
By Mary Ann Milbourn
Subscribe

The Los Angeles Kings and Anaheim Ducks may have seen their championship dreams cut short this year, but a group of Southern California Edison linemen and troublemen won their day in the sun as the 2016 Westminster Ice Rookie League hockey champions.

But it was a bittersweet victory after the team lost its teammate and brother troubleman, Jeffrey “Jacob” Moon, who died in January while responding to a customer’s outage call during a storm.

“Losing Jeffrey really motivated the team to win,” said Chad Gregory, a troubleman and one of the team organizers from the SCE Long Beach Service Center.

None of the guys were thinking about a hockey team much less a championship last year when a few of them began renting late night ice time to get together for some fun after work.

Others — mostly rookies — soon joined in and by fall they had 15 players, enough to field a team in the Westminster Ice Rookie league.

Their entry into the league was inauspicious. The league assigned them a default team name — the Lame Brains.

They quickly changed that to the Blackhawks after Pat Lavin, the International Brotherhood of Electrical Workers Local 47 business manager and lifelong Chicago Blackhawks fan.

Lavin, a Chicago native, grew up playing hockey. He eventually rose to the semi-pros before going into the U.S. Marine Corps and then joining SCE.

The Long Beach Blackhawks lived up to their namesake, ending the season with a 13-3-1 record and the championship.

Lavin noted it was a fitting end after the team dedicated the rest of the season to Moon.

Moon's widow, Eliana, said her husband played hockey for a year in his native Virginia when he was about 9, but was really new to the game when he joined the team.

She remembered questioning why he wanted to do be on the team because he already had so little time with the family and the team practices started at 11 p.m.

"But when he came home from that first practice, I knew," Eliana said. "It was just the bond it created."

She said it was fun watching the team develop from truly being rookies.

"At first they were falling down even when there was no puck around," Eliana said. "It was so nice to see what they accomplished."

Eliana said she appreciated the team inviting her to come to their last game of the season and that they allowed her 3-year-old son, Eidan, to hold the championship trophy.

"He was so excited to be part of it," she said.

Meanwhile, IBEW's Lavin has some bigger ideas for the Blackhawks, noting they are Local 47's only hockey team.

“There are plenty of IBEW teams across the country,” he said. “We’re going to try to get somewhere central and have an IBEW competition.” 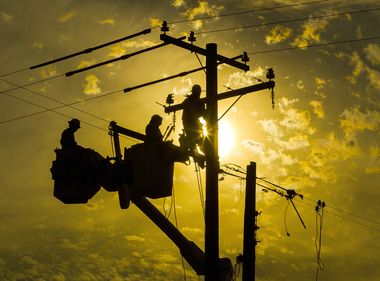 April 18 is National Lineman Appreciation Day. The occasion was first recognized by the U.S. Senate on April 18, 2013, in an effort to honor the linemen profession and the...
View Story 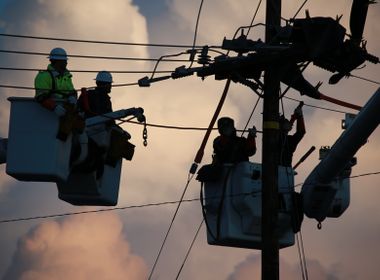 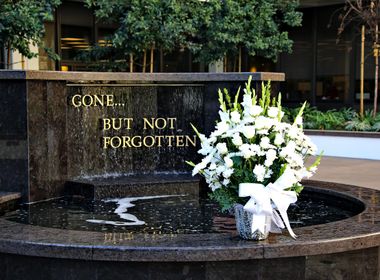 He could climb a utility pole like a squirrel. He cared about his craft, but most of all, he was devoted to his wife and son. Those were just some of the memories expressed by...
View Story
View Comments
Leave a Comment
Comments