As the first and only Mexican-American student enrolled in her Omaha public school, Phyllis Barajas was asked by her first grade teacher, “What are you?” Phyllis quickly responded, “I’m Mexican and I’m proud,” as she was taught by her father. Barajas’ immigrant parents prepared their children to live in two different worlds: a predominantly white neighborhood in Nebraska and their Mexican household.

Today, Barajas is the founder and CEO of Conexion Inc., an executive mentoring program that helps organizations become more diverse. Barajas was the guest speaker at Southern California Edison’s 11th annual Hispanic Heritage Month Celebration, honoring Hispanic/Latinx communities and business partners with the theme, “Embracing the Future as a Community.”

Small businesses were honored for their efforts to support global and local Latin American communities. Circle Wood Services offers construction project management and support services for public utilities, including SCE. Circle Wood received the Gwen Moore Diversity Award for its work as a diverse business enterprise, as nearly half of its employees are people of color.

"This year's theme holds true to the morals by which we aim to run our business and the reason we have such great success and partnerships throughout the year," said Mackenzie Kalantari, Circle Wood’s Human Resources manager.

Polls show that California Latin American communities recognize that addressing global climate change is a top concern more than any other ethnic group.

“This year’s theme of embracing the future as a community really reflects what we’re doing here at Edison,” said Pedro J. Pizarro, president and CEO of Edison International, parent company of SCE and Edison Energy. “We are harnessing and embracing the diversity that’s reflected in our communities that we serve and we’re leveraging it to lead the clean energy future in a way that includes all of us.”

Actress Bel Hernandez, known for her roles in the films My Family, Selena and The Purge: Anarchy, shared her journey as a young immigrant in the United States, growing up in an environment where people did not look like her or speak her language.

Hernandez is now CEO of the trade publication, Latin Heat Media, which highlights and supports the growing impact of Latinos in Hollywood.

“We all know the problems. What we need is action for real change to happen,” she said. “We can create the change we want to see in our community.” 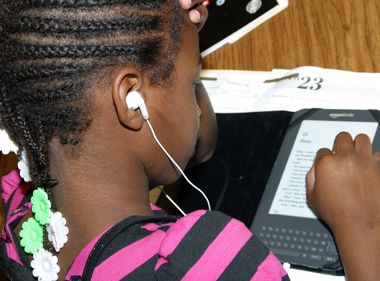 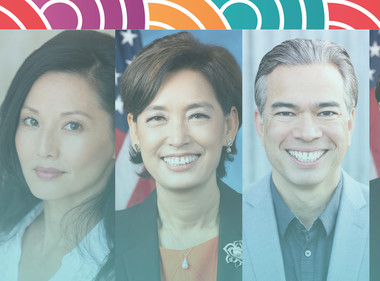 Standing in Solidarity, Resilience With the AAPI Community

As Rob Bonta sits in his office, he reflects on a picture that hangs as a reminder of resilience: a Stockton hotel lobby from 1920 with a sign that reads, “Positively No Filipinos Allowed.” Throughout the history of California, many people, ...
View Story
View Comments
Leave a Comment
Comments