This note was sent to our teams across Edison International and Southern California Edison today. Diversity, Equity and Inclusion are core areas of focus for Edison, and it is important that we are transparent about where we are and where we are going. ...
View Story 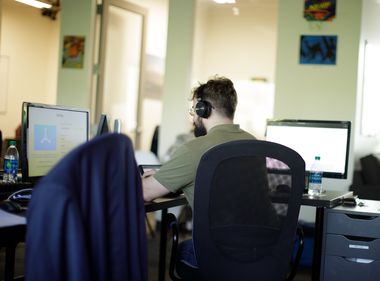 When Paige Binsley stepped through the doors at Southern California Edison’s Santa Monica Service Center, she once again felt honored to be a part of the team working to solve today’s biggest software challenges. ...
View Story

The Rev. Dr. Charles Dorsey’s got plenty to prove. The preacher, motivational speaker and community leader’s “Prove It!” campaign seeks to reach residents in communities ...
View Story
Subscribe
Photo Credit: Courtesy of Chef Lala
Chef Lala, author of "Latin Lover Lite," shares her recipe for a healthy version of tortilla soup – perfect for fall weather.
Photo Credit: Courtesy of Nely Galán
Keynote speaker Nely Galán, media entrepreneur, shares how a personal crisis was just the beginning of her long and successful career.
Chef Esteban Castillo shows us how to make one of his favorite recipes on an induction cooktop: toasted coconut horchata.
Viewers got up and danced to live music by Wendy Alarcon, Alejandra Lopez, Berenice Briseño and Jasmine Lopez of Mariachi Las Catrinas.

This note was sent to our teams across Edison International and Southern California Edison today. Diversity, Equity and Inclusion are core areas of focus for Edison, and it is important that we are transparent about where we are and where we are going. ...
View Story

When Paige Binsley stepped through the doors at Southern California Edison’s Santa Monica Service Center, she once again felt honored to be a part of the team working to solve today’s biggest software challenges. ...
View Story

The utility’s 10th annual celebration honors customers and businesses making a difference in their communities. 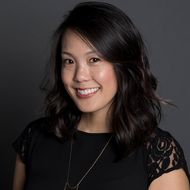 When Nely Galán, former president of entertainment for Telemundo, was faced with a crisis, she took the opportunity to be louder and braver, even as a sophomore at an all-girls Catholic high school.

After she was falsely accused of plagiarism, she wrote a letter to “Seventeen” magazine. The school retaliated with expulsion. A local reporter covered her story (“Cuban Gets Expelled for Freedom of Speech; First Amendment Issue”) and soon her expulsion turned into an early graduation.

“Life is about crises and becoming self-made is about making yourself over and over again,” said Galán, who shared her story at Southern California Edison’s 10th annual Hispanic Heritage Month celebration recently, an event that was held virtually for the first time.

At 22, Galán became the country’s youngest television station manager. She founded her own company, Galán Entertainment, which helped launch over 10 television networks abroad and produced over 700 television programs in English and Spanish. She is also the author of New York Times bestseller, “Self Made,” and founded The Adelante Movement, which seeks to empower and train multicultural women economically and entrepreneurially.

“I think especially for people of color, this is a moment of being louder and braver, and a moment to stand up and be represented and be seen, have a voice,” she said. “Remember to think about your future and pivot and understand what’s happening in this moment.”

For the past 10 years, SCE has celebrated Hispanic Heritage Month with its community and business partners in September and October. Typically, the program includes delicious food and live music, however due to the COVID-19 pandemic, the celebration was virtual for the first time.

With the theme “Representation Matters,” SCE noted that achieving its goals for a clean energy future is a collaborative effort that requires diverse ideas, and local, regional and national partnerships. The utility has long been committed to working with women, minorities, disabled veterans, lesbian, gay, bisexual and transgender business enterprises. Last year, it spent $2.2 billion with diverse firms, representing 40% of total procurement spend.

“When I started in television, there were only one or two Latinos in television news all over the country. So, there weren’t many Carlos’, Geraldo’s or Jose’s or Roberto’s and that inspired me to get out there and represent. For some young people, portrayals of minorities in media not only affect how others see them, but it also affects how they see themselves,” said the event’s emcee, Carlos Amezcua, co-founder and co-host of BEOND.TV, an online and digital broadcast platform.

The virtual celebration began with two cooking demonstrations on electric induction cooktops to show how easy and energy efficient they are to use. Esteban Castillo, author of the blog, Chicano Eats, and new book, “Chicano Eats, Recipes from my Mexican-American Kitchen,” whipped up a refreshing toasted coconut horchata.

The celebration honored the city of Moreno Valley and Pleasant View Elementary School District for their achievements in energy efficiency; Adelante Youth Alliance and Community Services Employment Training received awards for community partnership; and AlvaradoSmith, received an award for its work as a diverse business enterprise.

“As a proud Latino, Puerto Rican, I always look forward to recognizing Hispanic and Latino contributions. We make a positive impact in our communities, our state and our nation,” said Pedro J. Pizarro, president and CEO of Edison International.

“That’s why it’s so important that we are represented. We’re represented in all sectors of the economy, at all levels of leadership, from intern to CEO at our company. And represented when it comes to choosing government leaders and policies. That representation really matters from here, with you, today as a living example of that.”