Southern California Edison has more than 720,000 distribution transformers throughout its 50,000-square-mile territory. Transformers can fail or be taken out of service, but that isn’t always the end for them.

They are sent to SCE’s repair shop in Westminster where workers put them through their paces. If tests show they can be repaired, they are cleaned, get replacement parts, a fresh coat of paint and one last round of testing before they are sent back into the field.

If the transformer is too far gone for repair, the mineral oil inside, which is used for insulation, is removed to be reused or recycled. The unit is then prepared for recycling. Steel, copper and other metals and recyclable materials are reclaimed reducing to an absolute minimum what has to be sent out as waste.

“It helps SCE recoup costs,” said Larry Baisden, manager of what SCE officially calls its Distribution Apparatus Shop. “For a relatively small amount of money, we can refurbish them and send them back out to the field for reuse.”

SCE’s repair shop has been around in one form or another since the late 1940s or early 1950s.

“It was set up to provide support for transformers that were removed out of service but still serviceable,” Baisden said. He estimates the shop tests and repairs several thousand transformers a year.

But the shop doesn’t just work on transformers. Switches and other equipment also are brought in for repair, disposal or special modification. Workers also test new equipment to ensure it is ready to perform in the field before it is installed.

Inside the shop, rows of transformers, switches and other equipment in various stages of repair line the cement-floored warehouse.

In one area, more than a dozen weather-beaten switches all marked “salvage” wait to be drained of sulfur hexafluoride, a greenhouse gas used for insulation. Before SCE can send the used switches to the metal recycler, workers must remove and measure the sulfur hexafluoride to account for any gas that may have seeped into the atmosphere while the unit was in use.

Across from the switches, round metal transformers, their ear-like bushings in protective wrapping, are being prepped for paint. Nearby, one worker with a flashlight inspects the innards of an air switch, while another uses a metal brush to remove rust from various parts of a transformer. Bright yellow two-ton hoists hover overhead, on stand by for use with heavier equipment.

A separate building houses the tool repair shop where all sorts of implements are repaired ranging from hydraulic and pneumatic devices to the insulated hot sticks crews use to work on live lines. Sitting at old-fashioned wooden work benches that include large magnifying glasses for detail work, the repair staff fixes an estimated 1,200 or more tools a year.

Although the repair shop plays an important role in saving SCE money on replacement equipment, Baisden said it also contributes to increasing awareness about environmental sustainability.

“Refurbishing and recycling helps reduce our environmental footprint so we can be good stewards of the community,” he said. 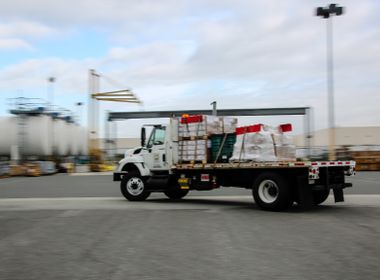 Maintenance Outages: What, When and Why

Nobody likes to be without electricity. However, maintenance outages are a necessity that requires electrical services be temporarily shut off to make planned infrastructure improvements, repairs and upgrades. Last year, Southern California Edison...
View Story 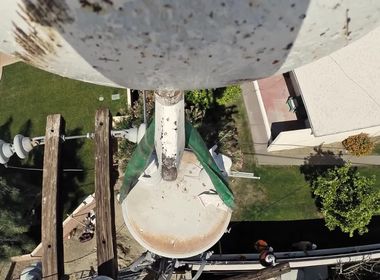 Palm Desert, California. 8 a.m.On a residential street between a single-story home and an apartment complex, “road closed” signs are in place. In the distance, a 90-ton crane traverses the street, coming to a stop between the two buildings. Out steps...
View Story
View Comments
Leave a Comment
Comments