Puerto Rico Sees Slow but Steady Progress Getting Lights Back On

An SCE team is helping coordinate power restoration in the Ponce region where about 90 percent of the power is now restored.
By Mary Ann Milbourn
Subscribe

It has been a grueling month for an 11-person Southern California Edison team working to help restore power in Puerto Rico after hurricanes Irma and Maria destroyed much of the island’s power system last fall.

But they say there is one thing that has made the whole experience worthwhile — the Puerto Rican people.

“The gratification of the people is extremely motivating,” said Scot Stueland, who, with Joe Hall, is overseeing operations in the Ponce region on the south side of the island.

Scott Brown and David Elias, who have been coordinating the safe re-energizing of circuits, said they expected residents to be frustrated after four months without power, but their reaction has been just the opposite. 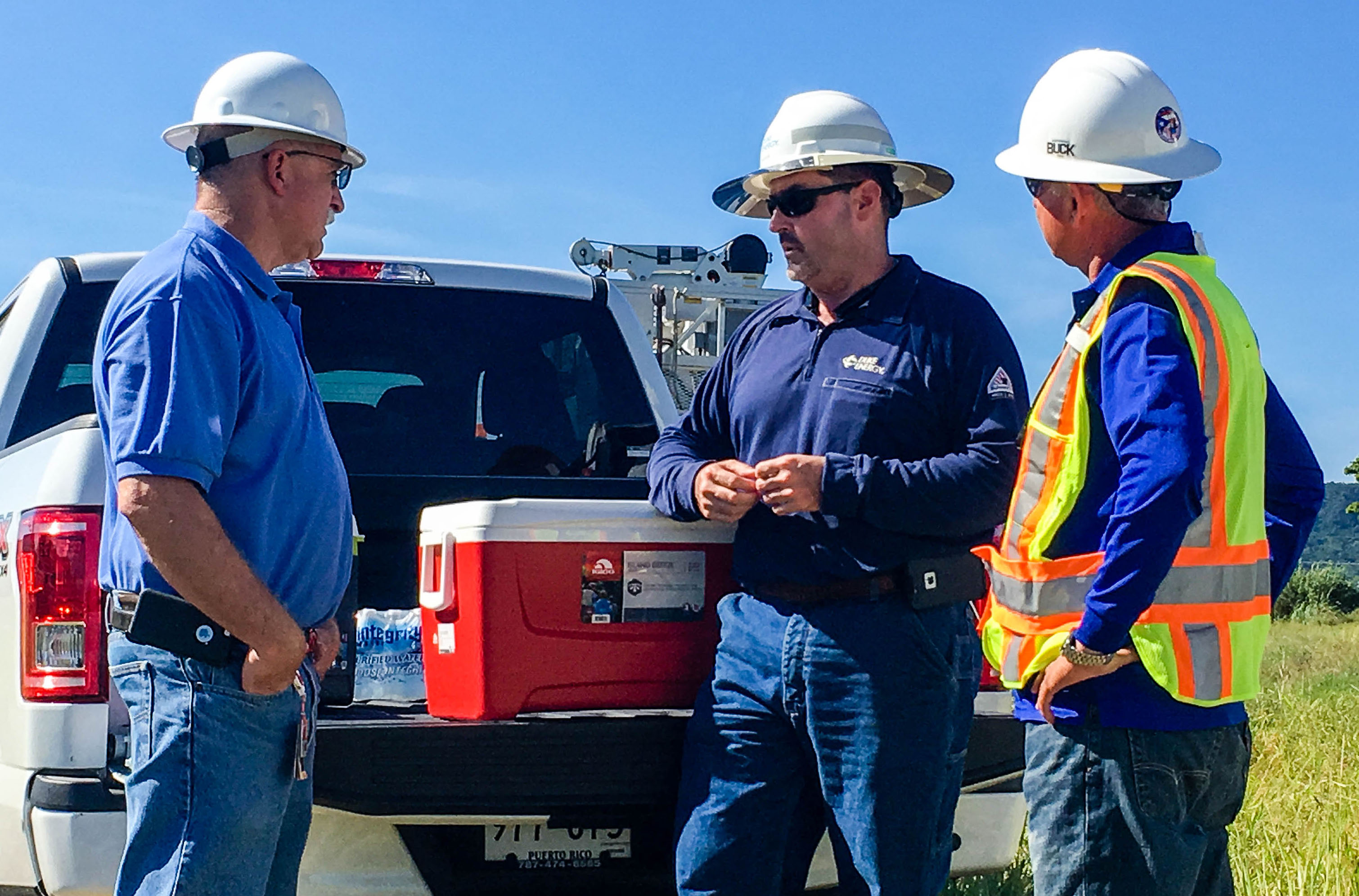 They cited a case about a week ago when workers were restoring power to a community of 300 that had been without electricity for nearly 130 days.

“We had been working there for a week — the kids would hang out with us and the community really embraced us and cooked us lunch three days in a row,” Brown said. “When we restored the power, you could hear cheering and clapping throughout the community.”

He said residents also have helped in getting the work done. Brown and Elias needed to replace a power pole in a remote area of jungle, but couldn’t find a road to get a truck in to do the work.

Brown mentioned the problem to a resident, who said, “No, there is a road there. My sister lives there. It’s just overgrown.” He showed Brown the road.

“We were able to install the pole in one day rather than wait weeks to get a helicopter to fly it in,” Brown said.

Even SCE staff working inside, jobs that don’t normally provide interaction with customers, have seen the outpouring.

This map shows the percentage of completed power repairs in Puerto Rico. As of Jan. 31, nearly 90 percent of power had been restored in the Ponce region where SCE is assigned.

“In the stores when I’m standing in line with my SCE shirt on buying supplies and materials, people come up and thank me for being here,” said Brenda Laffin, who is handling logistics for the SCE team.

SCE is just one of the utilities providing support for the restoration effort under the leadership of the Edison Electric Institute. More than 5,500 utility workers from across the U.S. are now on the island. Their work is showing progress. About 90 percent of the residents in the Ponce region where SCE’s team is working now have their power back on

The SCE team — the second one the utility has sent since December — is transitioning in early February and will be replaced by a third Incident Management Team that will work until mid-March.

Stueland, one of the two operations section chiefs, volunteered to stay another six weeks with the incoming team and Brown, the circuit switching expert, will remain a few extra days.

Both said they feel a sense of commitment to the work.

“Edison has a lot of pride in getting people’s lights on, not just our customers but everyone,” Stueland said. “It’s nice to be able to use our expertise to help another part of the country get their power back.”