The Edison International funds will help provide free science and technology classes like robotics and coding to 10 libraries throughout the county.
By Caroline Aoyagi-Stom
Subscribe

When Swapna Kulkarni’s 7-year-old son was born, she quit her engineering job to take care of him full time. And like any new job, she started applying what she had learned during her 10-year career.

At first, her son was her only student. This led to after-school classes where she taught basic engineering concepts like problem-solving. But it was at a mommy & me class where she received a shocking surprise.

While leading her popular STEAM (science, technology, engineering, art or math) class, she asked one of the mothers for help and handed her a ruler. The woman didn’t know how to use it.

“I was shocked,” said Kulkarni. “I thought, ‘I have to work with the library system.’”

That was in 2014, and today, she teaches dozens of science and math classes each year throughout the County of Los Angeles Public Library system. The library sends her where she’s needed the most, including Watts, East Los Angeles, Antelope Valley and Bell Gardens where her classes for kids between the ages of 5 and 15 often have waiting lists. 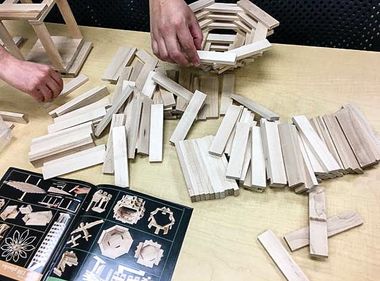 And the kids — many of whom don’t have access to STEAM activities at school or at home — keep coming back for more.

Kulkarni recalls a seventh-grader at the Quartz Hill Library who his teacher called “troubled,” but was surprisingly engaged in her class and produced “amazing designs.” And although he would return each week, the librarians noticed he never worked on the projects at home, instead finishing them when he returned to the library.

“I found out his parents couldn’t afford to buy tape,” she said.

Then there was the third-grader who needed another piece of paper to complete his project. But instead of asking for another, he patiently waited till the other kids had thrown away their scraps and then pieced them together.

“These kids are so great with resource management and sharing,” said Kularni.

The Los Angeles County Library is currently expanding its popular STEAM programs and recently received an $80,000 grant from Edison International through their Library Foundation. The funds will be used to provide free science and math programs at 10 libraries and four mobile vans called MakerMobiles. Forty librarians will be trained through the organization, Los Angeles Maker Space, to lead the various STEAM programs.

“Libraries have really changed over the past 10 years. We are not just a warehouse of books, we are now the center of these communities,” said Deborah Anderson, Youth Services administrator for the County of Los Angeles Public Library, noting they have 87 branches.

“We recognize we have become the place in our community where we fill the gaps with what schools are not able to do,” she said. “Schools don’t have the time, and the libraries allow for deeper exploration of STEAM subjects. Most importantly, the programs at the library are free, reducing barriers to children having access to high quality programs.”

The Los Angeles County Library STEAM programs are not only hands-on, they are fun. From building robots to learning how to code, the kids also learn how bridges are built and how aerodynamics work. And the library plans to roll out the new STEAM programs in the spring.

“At Edison, giving back is part of who we are and what we do,” said Tami Bui, Southern California Edison’s principal manager of Corporate Philanthropy. “By providing free, quality STEAM programs at the library, we are saying that all kids — low income and ethnically diverse youth — will have equal access to the science and technology enrichment that will be so crucial for meeting future STEAM workforce demands.” 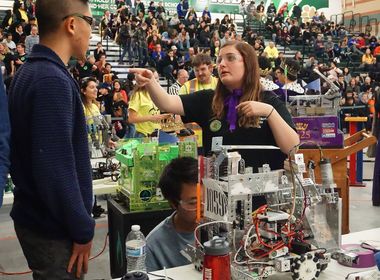 The Doctor That Operates at Robotics Competitions

If students at the FTC West Super-Regional Championship in Tacoma, Washington are ever left asking doctor, doctor give me the news about their ailing robots, they’ll get it and...
View Story 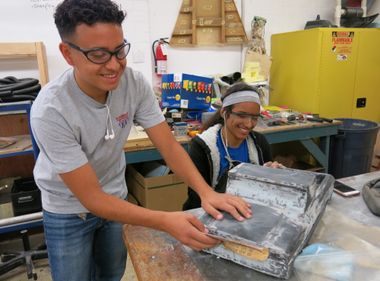 As Diego Hinojosa, 28, walked through the classroom at Los Altos Academy of Engineering, it was exactly as he had remembered — from the desk arrangements to the science posters...
View Story 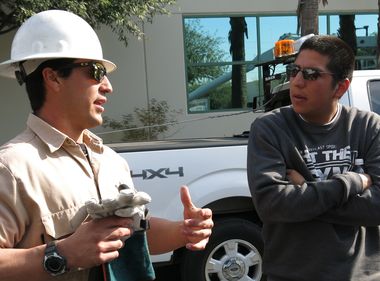 Roberto Carlos Gonzalez, 24, dreams of being a lineman someday. “Sometimes when I get out of work really late, I see the linemen working in the middle of the night up on the...
View Story
View Comments
Leave a Comment
Comments