For These Employees, LGBT Pride is All Yearlong

In addition to taking part in the Long Beach and upcoming Palm Springs pride parades, these SCE employees support LGBT nonprofits with time and funding.
By Caroline Aoyagi-Stom @SCE_CarolineA
Subscribe

When Erin Garcia, 28, first came out as bisexual to her Mexican-American father, the reaction she received was not uncommon.

“My dad is old-school Mexican,” said Garcia, a technical specialist at Southern California Edison. “He doesn’t like to talk about it so he ignores it and pretends it’s not there.”

But as a board member of Lighthouse, SCE’s LGBT-focused employee group, it’s a topic she talks about quite a bit. Recently, the group took part in the Long Beach pride parade and in November, the group will head to Palm Springs for that city’s pride parade.

Her involvement has inspired her mother. At first a bit hesitant about her daughter’s bisexuality, Garcia’s mom has come a long way, even riding in SCE’s truck during last year’s Los Angeles pride parade.

“She’s now a pro-gay rights ally and activist,” Garcia said of her mom.

Garcia is part of a Lighthouse resource group that boasts a membership of 250 employees, comprised of LGBT and non-LGBT members or “allies.” In addition to a monthly e-newsletter, the group often educates co-workers and customers about LGBT issues and rights. Some of the issues they’ve discussed include: fair housing, marriage equality and transferring of parental rights.

The group also takes part in raising funds and providing volunteers for LGBT nonprofits throughout the year. This year, Lighthouse will support several groups, including the Long Beach AIDS Food Store and the Foothill AIDS Project.

“For me, it’s really important that all voices get heard,” said Joshua Torres, 32, Lighthouse president and an SCE Local Public Affairs representative. “We are a minority of the population and it’s easy for marginalized voices to get lost. I want to make sure that LGBT employee and customer voices are heard.”

Founded in 1999, Lighthouse helps promote an inclusive work environment for LGBT and all employees. And within SCE’s 50,000-square-mile service territory, much LGBT diversity is represented in cities like West Hollywood, Palm Springs and Long Beach.

Paul Klapka, 57, Lighthouse political chair and an SCE senior project manager, married his husband, Richard, in 2014. They’ve been together for 10 years.

As an SCE employee, it was easy for Klapka to list his husband on his benefits and as his beneficiary.

“Everything any Edison spouse has, the LGBT community has now,” said Klapka, who has worked for SCE for the past 36 years.

But the fight for equal rights continues. In states outside of California, the LGBT community continues to fight for equal protections in areas such as fair pay, housing discrimination and parental rights.

“Someday there may not be a need for Lighthouse,” said Klapka. “But until that day comes, we still need groups like Lighthouse to help educate the larger community.”

Torres notes that much of the work Lighthouse does would not be possible without the support of SCE.

“SCE has definitely been ahead of the curve [on LGBT issues] and Lighthouse has historically been a part of that change,” he said. 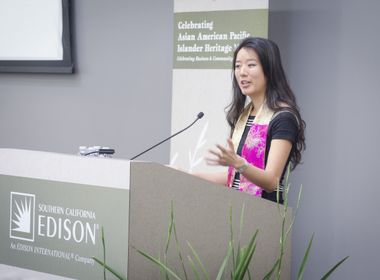 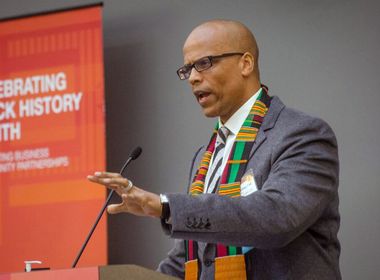 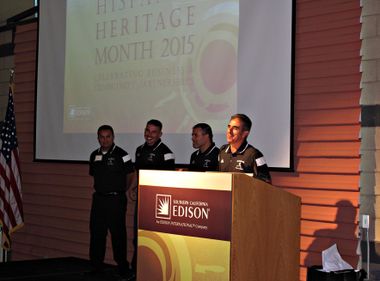 Having your life portrayed in a Hollywood movie can be pretty heady stuff. Just ask the Diaz brothers. Since “McFarland, USA” hit theaters earlier this year, the story about underprivileged high school kids from California’s Central Valley winning the...
View Story
View Comments
Leave a Comment