SCE engineers help Girl Scouts earn STEM badges and show them there are bright futures in math and science.
By Yvonne Lee
Subscribe

Engineer Lindsey Sayers remembers building a strobe light in her high school electronics class and watching the light flash on when she plugged it in. In awe that something she built worked, she knew then that she wanted to become an engineer.

“It was the first time I created something, and it was the greatest feeling of accomplishment,” said Sayers. “I knew I liked math and so I started thinking, ‘what can I do with this?’”

As part of National Engineers Week, Sayers, a Southern California Edison engineering manager, and fellow SCE engineer, Edgar Pabon-Hernandez, visited local Daisy and Brownie Girl Scout troops at Evergreen Elementary School in Diamond Bar. Sayers shared her experiences as a female engineer and helped students build an electrical circuit similar to the strobe circuit that sparked her own interest in math and sciences years ago. 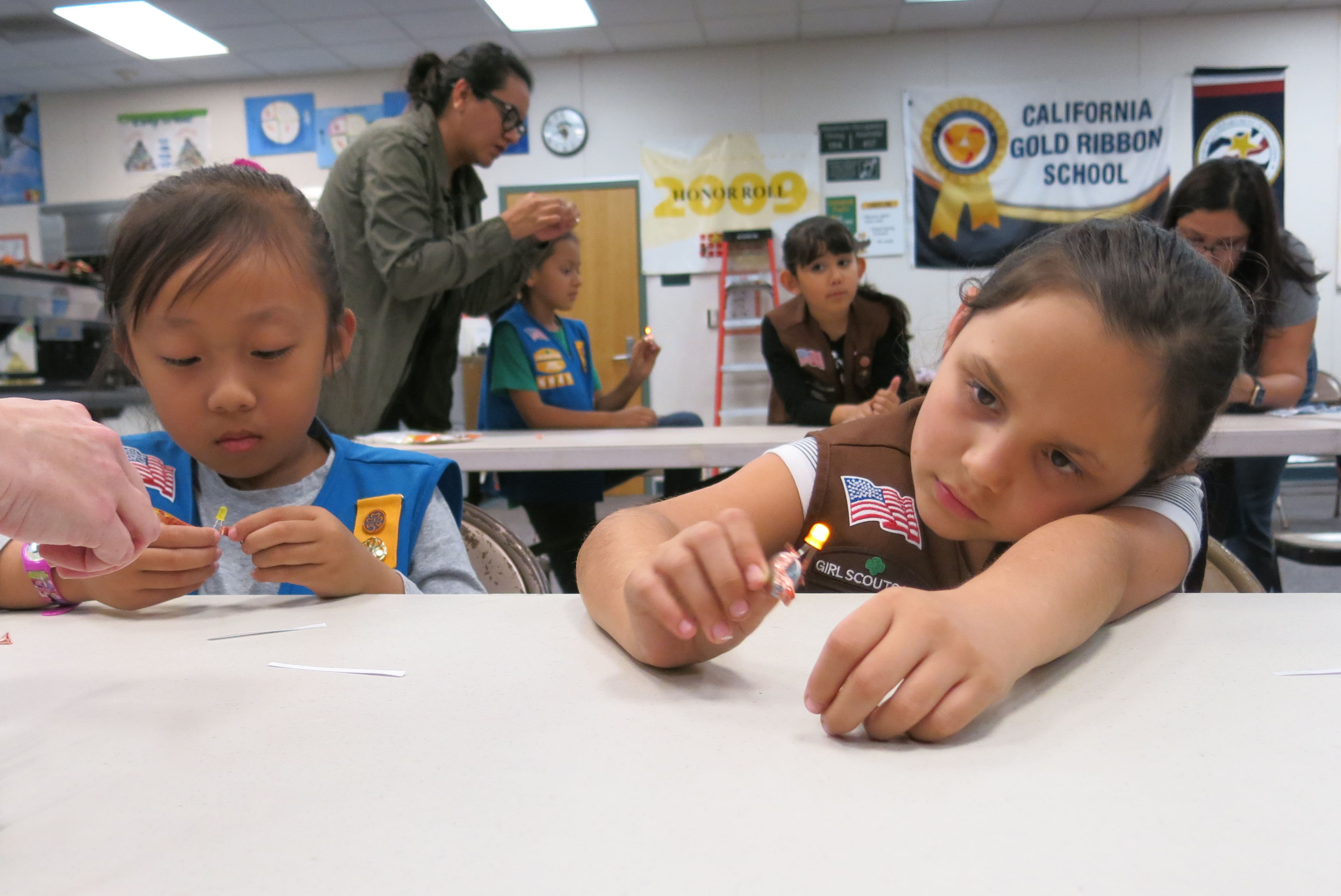 Rylee Barcenas (right) watches as her LED bulb lights up.

Equipped with copper foil tape, batteries and LED lightbulbs, the 12 first- and second-graders carefully connected the pieces to build their own electrical circuits. Eight-year-old Rylee Barcenas beamed when her tiny lightbulb flickered on.

“I like putting things together and seeing what happens at the end,” she said. Barcenas’ favorite subjects are math, science and art, and she hopes to be able to build robots in the future.

After the workshop, the girls were presented with their own “Think Like an Engineer” badges, one of 23 new STEM (science, technology, engineering or math) and outdoor Girl Scout badges released last year to empower young girls to explore areas like earth science, robotics and coding.

Troop leader Lana Tran and co-leader Aisha Rodriguez arranged for Sayers to visit their troop, believing it is important to expose the girls to careers they might not know exist.

“This is the age when they start thinking about what they want to be when they grow up. In the past, women weren’t typically taught they could be engineers or scientists,” Tran said. “I want to show them that they can be anything they want to be.”

Today, Sayers works with large load and generation customers, figuring out how to connect them to the electric grid, making sure places like sports arenas, hospitals and windmill farms have the power they need to operate.

Through her education and career, Sayers has often experienced being one of the only female engineers in the room and now as an engineering manager, she hopes to give back and encourage the next generation of women to explore STEM.

“Even when I knew I wanted to pursue engineering, it was hard because I had never even met a female engineer,” Sayers said. “It’s important to see someone that looks like you doing something that you want to do because it makes it more achievable.”

To request an SCE engineer or speaker for your event, visit: sce.com/speakersbureau. 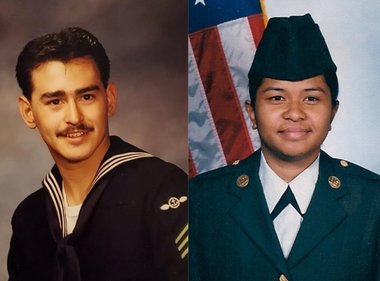 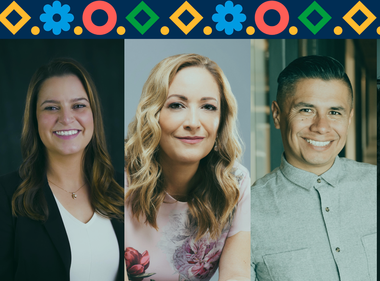