Neil Finch, an SCE instrumentation, controls and electrical worker, can now reach the top of the spring-loaded pole without a harness or ladder.
A spring-loaded pole is being tested in a pilot program at SCE's Mountainview facility in Redlands (left). An Allen wrench is used to adjust a spring-loaded pole by pulling it up and down to replace or repair light bulbs or fixtures.

The use of a spring-loaded metal pole could help change how lights high above the ground are changed at SCE facilities.
By Reggie Kumar

A group of employees at Southern California Edison recently found an innovative solution to help fix and replace light bulbs or fixtures high above the ground at its facilities. The spring-loaded metal pole they found online could help reduce injuries among workers.

The SCE employees pitched the idea and it is now being used in a Light Pole Pilot Program at the utility’s Redlands Mountainview facility. Once the pilot is completed, the program could then be used company-wide.

“Our lamping is either attached to the facility’s railing or affixed to somewhere else, so the thought was, the only way to change these out is to get on a ladder and wear fall protection, which is required," said Neil Finch, an SCE instrumentation, controls and electrical worker.

A spring-loaded pole is being tested in a pilot program at SCE's Mountainview facility in Redlands (left). An Allen wrench is used to adjust a spring-loaded pole by pulling it up and down to replace or repair light bulbs or fixtures.

However, that could soon change after Finch and his colleagues on the SCE L.A. Basin Safety Team discovered the spring-loaded metal pole. The metal pole allows workers to use their hand tools to pull the light pole down, change out a broken light fixture or burned-out bulb, raise it back up into the correct position and then lock it into place with an Allen wrench.

“The idea is to replace the traditional metal light pole with something like this that can be pulled down physically because it’s spring loaded. One pipe goes inside another pipe, like a pogo stick,” Finch said. “It allows you to pull it down to a height where you can actually reach the light bulb without getting on a ladder.”

SCE workers are still required to use a ladder and safety harness to reach the top of 120 traditional metal poles — about eight to nine feet tall — located in different places around the Redlands Mountainview facility and at other SCE properties.

But the safety hazards of reaching these lights could soon be a thing of the past, now that the spring-loaded pole has proven to be successful.

“The company that makes the spring-loaded poles gave us two to test in a pilot program. Since the poles continue to work safely and effectively, SCE may replace the traditional poles at all facilities within the service territory,” Finch said.

Finch and his colleagues recently won the “In the Field” category at the “SCE Safety Triple-Crown” safety awards event. The competition recognizes groups of employees focused on transforming the utility’s safety culture by helping SCE achieve its goal of an injury-free workplace this year. 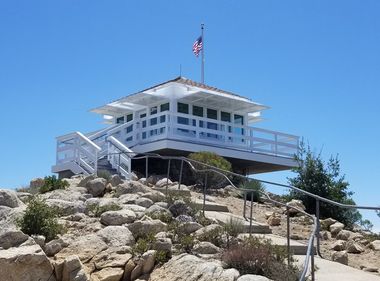 Along the Angeles Crest Highway near the Charlton Flats area sits Vetter Mountain. On the winding trails, hikers enjoy the scenic, tranquil beauty of the area. But for avid hiker Valerie Hanich, 35, keeping the forest safe from wildfires is why you will find her here. ...
View Story 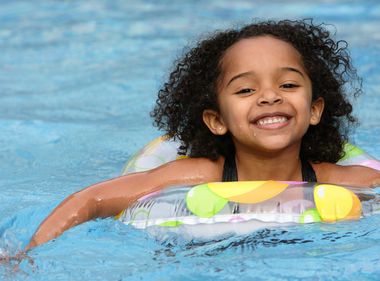 Swimming Pool Electrical Safety: Why It is Always Essential

If, as the saying goes, swimming really is as easy as H2O, keeping your pool safe from hidden electrical hazards for swimmers and frolickers can be just as simple. ...
View Story 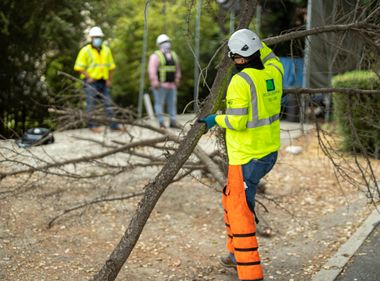 A property adjacent to Craig Turner’s Redlands home had overgrown trees and vegetation creeping into power lines. Turner says the neighbor’s property had not been maintained for at least 30 years. ...
View Story 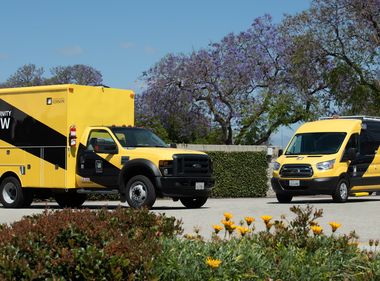 Kevin Ruble, an industrial engineer at Southern California Edison, spends his workdays using machine learning and artificial intelligence to help reduce wildfire risk for customers, including the use of GIS technology to precisely map out the location of electrical equipment. ...
View Story
View Comments
Leave a Comment
Comments