In the gloom of a recent pre-dawn morning, with sunrise still nearly an hour away, Yajaira Alonso and Bianca Arambula weren’t feeling very elf-like. But the two Santa’s helpers were on a mission and needed an early start.

Alonso and Arambula are members of Southern California Edison’s Latinos for Engagement, Advancement and Development employee resource group. As part of the group’s community outreach, they spearheaded a Christmas toy drive for children in orphanages at the Mexican border town of Mexicali.

“Here in Southern California, there are so many companies and programs that host holiday toy drives for underserved communities, which is great, but we wanted to focus on an area where children are often forgotten,” said Alonso, who works in SCE’s human resources and is L.E.A.D.’s director of Community Outreach and Involvement.

After several weeks of organizing and coordination with Corazon de Vida, an Irvine-based non-profit that supports private orphanages in Mexico, they were ready for the 200-mile drive the weekend before Christmas. The toys and personal items were donated by members of L.E.A.D. and SCE’s Power Supply Settlements group.

“These were not just any toys, our employees donated the latest toys from ‘Star Wars’ and ‘Frozen,’ which made the children even more excited,” said Arambula, an SCE project manager.

Angelica Viveros, the orphanage director, said the donations made the kids feel that they are not alone.

Vanessa, 14, was thankful and generous.

“It feels nice to know that there are people out there on the other side (in the U.S.) that care about us,” she said. “My goal is to be able to share my blessings with those less fortunate. There are a lot of kids that live on the streets and I will be giving some of the gifts to them.”

The next delivery was at Casa Hogar El Far on the outskirts of Mexicali, where 15 children received gifts and their last stop was Ejido Durango, an underserved community that was celebrating the traditional Mexican holiday Posada. About 100 children lined up to get a toy. The last few remaining items were given to a local pastor.

“This was an awesome partnership and an opportunity to be able to go beyond our borders to help our Latino communities in need,” said Arambula. “These children not only need toys, but they also need love and some excitement in their lives.  It feels good to be able to spend time with them and tell them about all the people in Los Angeles that donated the toys for them.” 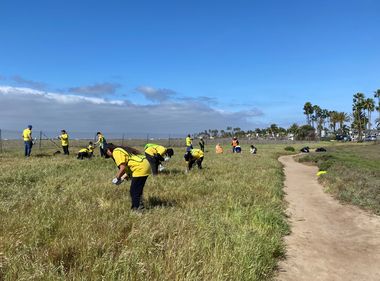 Edison International volunteers and their families have been busy ahead of Earth Day, April 22. In recent weeks they have fanned out across southern California ...
View Story 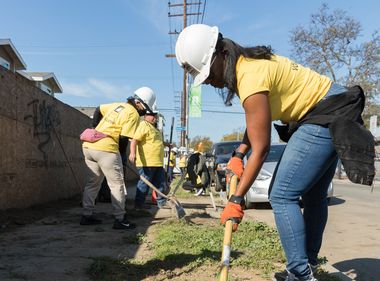 Cynthia E., her husband Valdemar C. and their two children never thought their dream of owning a home would become a reality because of the rising cost of living in their Long Beach community. After years of renting, Cynthia decided to take a chance to find out if they would qualify for homeownership through Habitat for Humanity of Greater Los Angeles (Habitat LA). ...
View Story 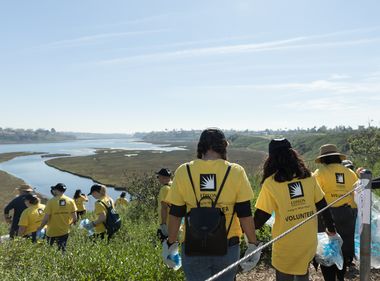 Mother Nature has been challenging lately for volunteer-minded employees of Southern California Edison. COVID-19 forced many philanthropic events to be canceled or restricted. Then, in January, a scheduled cleanup of the Upper Newport Bay estuary in honor of Martin Luther King, Jr.’s birthday was postponed because of the threat of a tsunami. A month later, more than 50 SCE volunteers ...
View Story 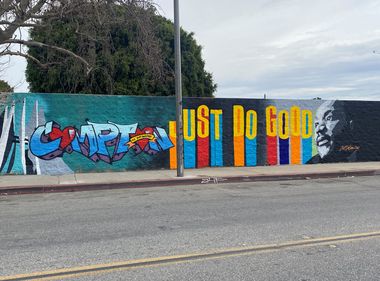 The mural on the wall outside of ASANA Acadamies in Compton was defaced by graffiti, covered up by solid sheets of paint and overgrown with vines. That’s before about three dozen volunteers from Southern California Edison arrived on a recent Saturday morning ...
View Story
View Comments
Leave a Comment
Comments